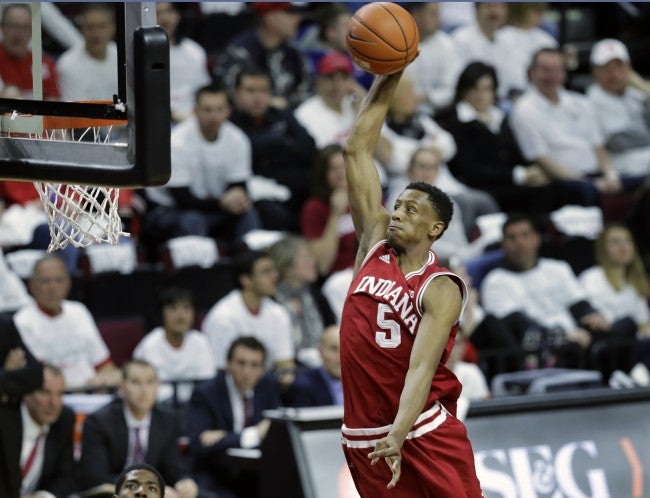 The Hoosiers then closed the half with an 8-3 run and held a 40-30 advantage after the first stanza.

Indiana came out after intermission with another 9-0 run to make it 49-30 just 2:27 into the second half and Rutgers never got within 15 points again.

Kadeem Jack – who averages 12.8 points and 6.2 rebounds for Rutgers – fouled out with 14:29 left and his team down 57-35 after posting just six points and one rebound.

After falling to Purdue at home earlier in the week, Indiana avoided losing back-to-back games for the second time this season. The Hoosiers lost at Ohio State and Purdue in the last week of January.

Rutgers: Former Rutgers defensive backs Jason and Devin McCourty, who play for the Titans and Patriots respectively, were in attendance, signing autographs for fans an hour before tip.

Indiana: This was the first time the Hoosiers played at the Louis Brown Athletic Center. The last time Indiana played in New Jersey was Dec. 21, 1999, when the Hoosiers defeated North Carolina 82-73 at the Meadowlands.

Rutgers is at Purdue on Thursday.

Indiana is at Northwestern on Wednesday.