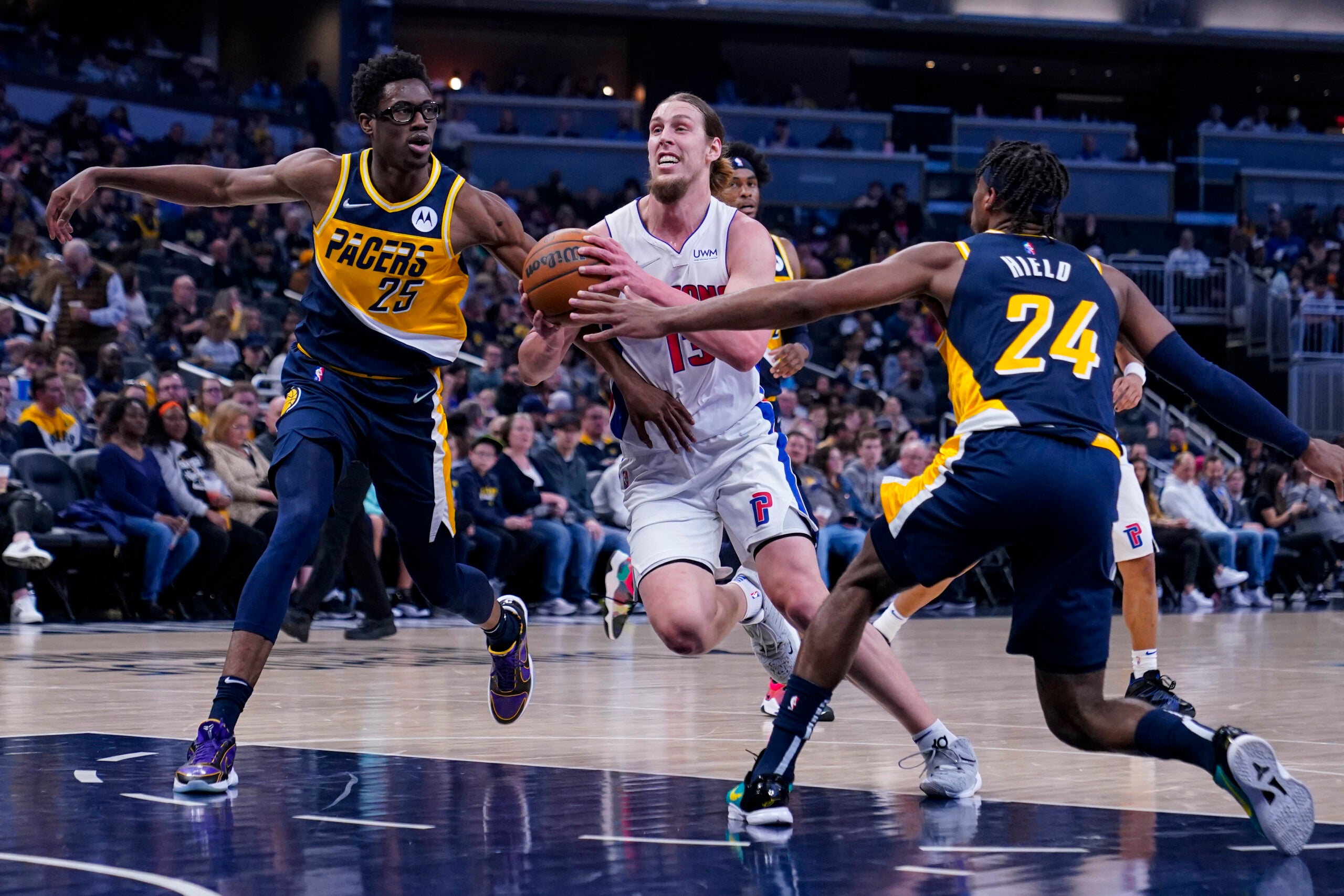 INDIANAPOLIS (AP) — Saddiq Bey scored 31 points and Fred Jackson had 19 to lead the sharpshooting Detroit Pistons past the Indiana Pacers 121-117 on Sunday.

The Piston have won three games in a row.

Oshae Brissett scored 20 points and had nine rebounds to lead the Pacers, who have lost seven straight games. Tyrese Haliburton had 19 points, a career-high 17 assists and nine rebounds. Buddy Hield and Isiah Jackson also scored 19 each for the Pacers.

Before the game, five-time Pacers All Star Reggie Miller stopped by for a ceremony honoring Pacers media director David Benner, who is set to retire later this week after 28 seasons with the organization.