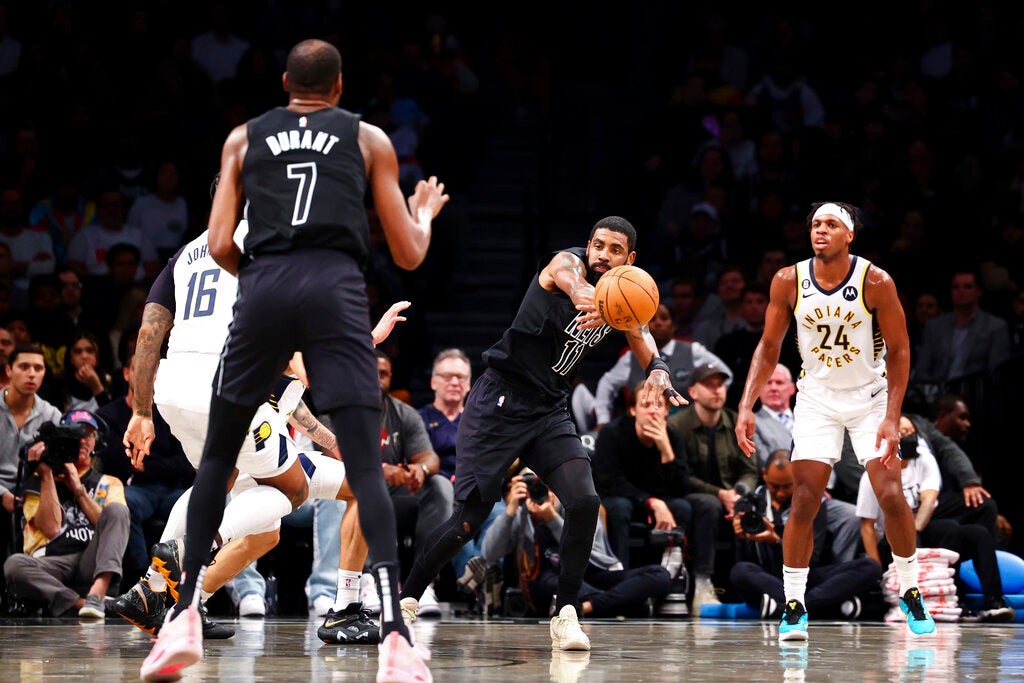 Durant authored some personal and franchise history in Brooklyn’s second win of the season (2-5).

With two first quarter free throws, Durant passed Vince Carter for 19th on the NBA’s All-Time scoring list. He now has 25,752. And he has scored at least 25 points in each of the first seven games of the season, the most in franchise history.

Despite a 30-point performance from Chris Duarte, Indiana dropped to 3-5.