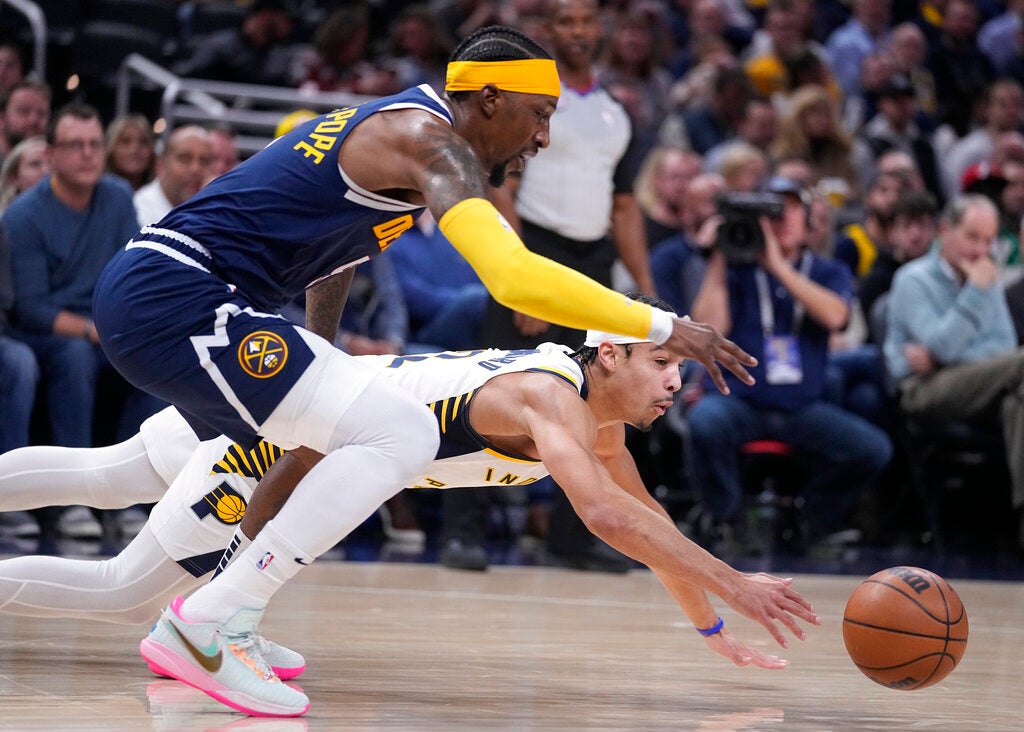 INDIANAPOLIS (AP) — Nikola Jokic scored 24 points in 21 minutes to help the Denver Nuggets overcome an 18-point deficit and rally past the Indiana Pacers 122-119.

Jokic was in foul trouble most of the night. But when the Nuggets needed him most, the two-time NBA MVP pulled them through.

Denver has won four straight and six of seven. Aaron Gordon had 18 points and tied a career best with 17 rebounds. Indiana led most of the second half but struggled to stop Jokic and Denver’s 3-point shooters late.

Myles Turner missed a 3 at the buzzer that would have forced overtime.