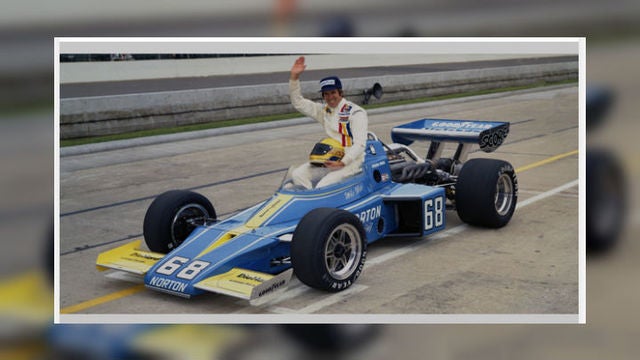 Hiss passed way on December 19, 2018 in Evansville after a nearly 30-year battle with cancer-related issues.

Hiss was born in Norwalk, Connecticut and went to school in Sarasota, Florida. He attended college in Deland, Florida, then began his racing career shortly after that, driving a Triumph TR3 in Sports Car Club of America competition in Maryland.

Hiss also compete in Formula A and B, plus Formula 5000 before moving into United States Auto Club National Championship racing in 1972.

Hiss placed 10th in his debut in the Phoenix 150 and was seventh in the Trenton 200 before heading to Indianapolis.

At the last minute, Andy Granatelli stepped in to sponsor the car, changing its number from 72 to 60 and declaring the car the STP Pylon Windshield Wiper Blade Special.

After Hiss retired, he worked for Penske for awhile in association with Detroit Diesel Allison and was headquartered in Houston.

Hiss visited the Indianapolis Motor Speedway from time to time with his family and attended three of the United State Grand Prix F1 events, as well as a Brickyard 400 and the occasional Indy 500.

Anyone who wants to make a donation in Hiss’ memory can do so at Crossroads Christian Church in Newburgh.