Palou on pole for IndyCar at Texas after qualifying canceled 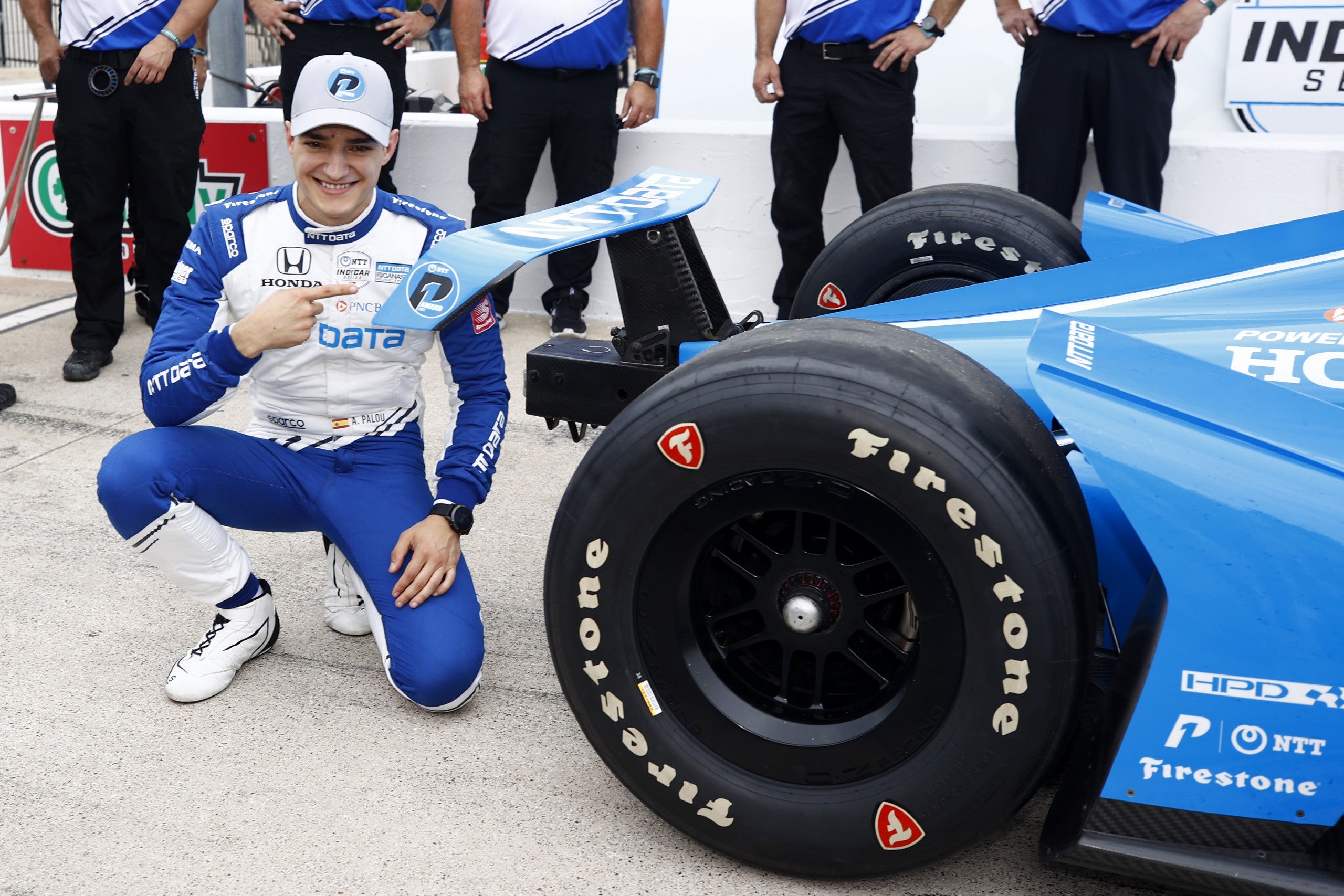 FORT WORTH, Texas (AP) — Alex Palou will start on the pole for the IndyCar Series’ first oval race of the season at Texas after qualifying was canceled Saturday because of overnight rain and morning mist.

The only scheduled practice session before the two races over consecutive days at the 1 1/2-mile, high-banked oval was pushed back nearly two hours while track officials worked to dry the track under mostly overcast skies.

When the 75-minute practice session started, IndyCar said qualifying was canceled and the field for Saturday night’s race would be set by owners’ points.

The scheduled start of the race was also moved up a half hour to 6:15 p.m. local (Central) time because the chances of rain were forecast to increase later Saturday evening.

Two-time Texas winner Will Power of Team Penske is also on the front row. Scott Dixon, Palou’s teammate with Chip Ganassi Racing, will start third. Dixon has won four times at Texas, including last June in the pandemic-delayed 2020 season opener without fans at the track.

IndyCar is opening May with a planned 690 miles of racing in Texas on the third consecutive weekend of racing for the series.

The Saturday night race was set for 212 laps, or 318 miles. There is another 248-lap race (372 miles) scheduled late Sunday afternoon, when rain was forecast to be out of the area.