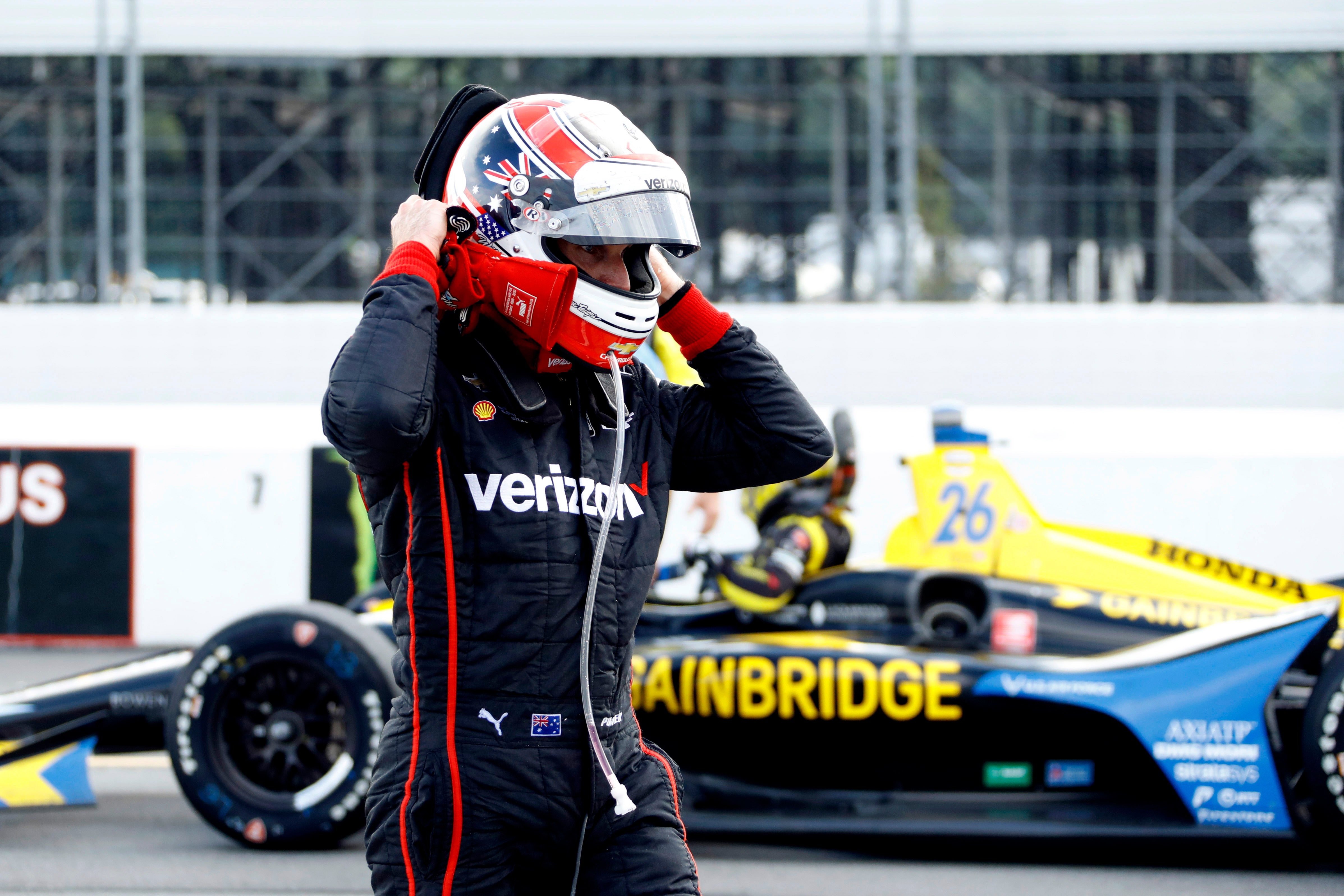 LONG POND, Pa. (AP) — Will Power won the shortened race Sunday at Pocono Raceway, the 13th straight season he’s won an IndyCar race. The race was called with 72 laps left because of lightning and severe weather in the area.

Lightning strikes at Pocono after a rain-shortened NASCAR race killed one fan in 2012.

Power was in the right position to a win a race marred by yet another horrific wreck that collected five drivers on the first lap and sent Chip Ganassi Racing driver Felix Rosenqvist to the hospital.

IndyCar at Pocono has turned into perhaps the scariest race day in motor sports, 500 miles of danger for drivers on the 2 1/2-mile track and white knuckles and clasped hands for anyone watching the event.

Justin Wilson died in 2015 from a head injury after being struck by debris from another car. Robert Wickens was paralyzed in an early-lap accident last year. His car shot into a fence, leaving the promising IndyCar driver paralyzed from the waist down.

The green flag had barely been dropped when 2017 Indianapolis 500 winner Takuma Sato used an aggressive — arguably foolish — move to trigger a wreck that sent Rosenqvist to the hospital.

Sato tried to shoot a gap on the first lap, cut off Rossi and connected with Hunter-Reay in crash that left cars and debris strewn across the track. Sato’s car landed upside down on Hunter-Reay’s Honda.

Rosenqvist hit the fence nose first and his car slammed back on the track. Rosenqvist did not suffer life-threatening injuries and was cleared.

Wickens, who remains resolute in his mission to race again, said on Twitter that IndyCar should no longer race at the track. IndyCar and Pocono do not have a deal for a 2020 race.

“It’s just a toxic relationship and maybe it’s time to consider a divorce,” he wrote. “I’m very relieved (to my knowledge) that everyone is okay from that scary crash.”

Sato said he thought he was all clear.

“I’m not really over-aggressive,” he said.

Hinchcliffe and Rossi also had their runs cut short and served 10-lap penalties because of car repairs under the red flag. The race was stopped for 45 minutes and two minor mesh patches were needed to repair the fence.

Sage Karam, who races sporadically in IndyCar, agreed it was time for the series to move on from Pocono. Karam spun into the wall in the 2015 Pocono race and debris from his car struck Wilson.

“I think the answer is clear that we should not be here. In my opinion that question was answered awhile ago,” Karam wrote. “I think it’s a great track it’s just not meant for indycars. We need to be smart and move on and go to tracks that fit these cars. I love oval racing and want it in Indycar I just simply don’t love Indycar at pocono.”

Black clouds formed over the track just past the halfway point and the race was shortly red flagged because of lightning. Not long after Power had his win, it started pouring at the track and he was ushered to the media center for a makeshift podium celebration. Scott Dixon was second and Simon Pagenaud was third. Newgarden, the 2017 series champion, finished fifth.

by: Annessa Chumbley / 6 mins ago