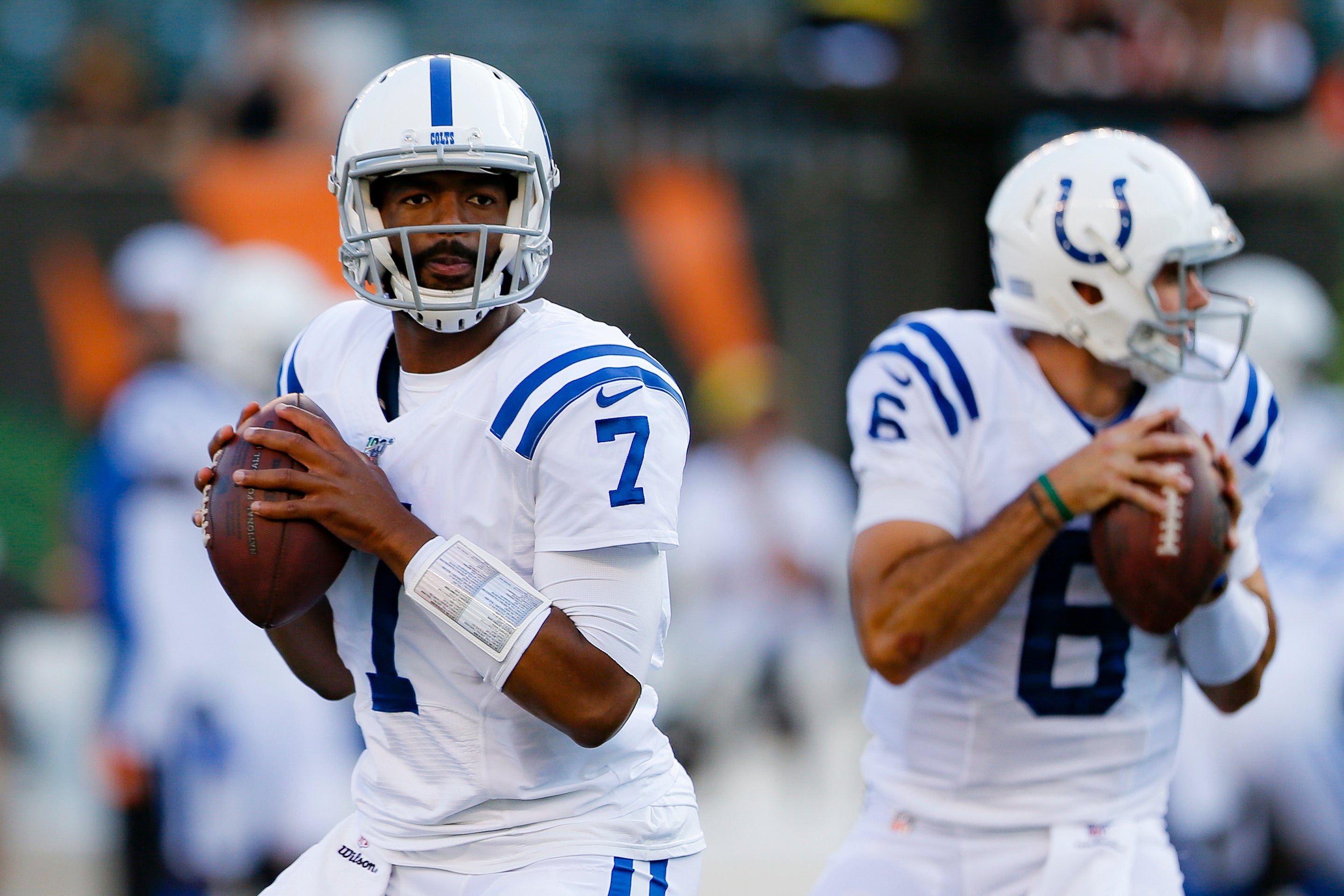 Jacoby Brissett will be the starter for the foreseeable future and Brian Hoyer will become Brissett’s backup.

A little more than a week after Andrew Luck’s abrupt retirement upended Indy’s long-term plans, a person with knowledge of the deal told The Associated Press that Brissett had signed a contract extension. The person spoke on condition of anonymity because the deal had not been announced.

Brissett’s deal came just hours after the Colts announced Hoyer, a longtime backup in the league, would join the team as the new No. 2 on the depth chart. ESPN reported the deal was for three years and $12 million.

“The train keeps moving and either you find a way to fix the problem and roll with it or it’ll swallow you up,” general manager Chris Ballard said Sunday.

“We’re going to choose to move forward. I think that’s one of the really neat things about this league is that the people that can really solve the problems in-season — everybody always focuses on offseason and solving roster issues. Even though the quarterback, as we know is a big piece of it, but being able to solve problems during the season.”

Brissett was entering the final year of his rookie deal this season.

Indy has fielded trade offers for Brissett, but opted to keep him on the roster this season — just in case something happened to Luck whose battle with injuries began early in the 2015 season.

The Colts know what Brissett can do. They acquired him in a cutdown weekend trade just before the 2017 season opener from the New England Patriots. He went 4-11 as the starter that season when Luck missed all 16 games.

A year ago, with Luck back, Brissett threw only four passes.

But in his second season under coach Frank Reich, the Colts have seen significant improvements in the fourth-year quarterback who was a third-round draft pick of the Patriots in 2016.

“We did have an hour-plus conversation about his role, about our team and about the situation he is stepping into,” Reich said Sunday. “He handled it just how I thought. I mean this guy is a pro. So it was more very conversational. It wasn’t a ‘Rah-rah’ thing. It was more centered around, ‘Be yourself. You don’t have to be a hero.'”

Brissett has completed 312 of 528 passes for 3,500 yards with 13 touchdowns and seven interceptions.

He’s also expected to play with a much stronger supporting cast this season than 2017 when he was sacked a league-high 52 times. Indy allowed the fewest sacks in the league (18) last year.

At age 33, Hoyer joins the Colts two days after being released by the Patriots.

The only other quarterbacks on the roster are Phillip Walker, who is on the practice squad, and Chad Kelly, who will miss the first two games while serving a league suspension. Hoyer provides stability and a veteran voice to lean on.

Brissett spent his rookie season with the Pats, but never was a teammate of Hoyer.

“Brian has the toughness and accuracy we look for in a quarterback and he’s been in offensive systems that are similar to ours,” Reich said after the team announced Hoyer’s signing.

“He has a tremendous amount of experience and is a proven leader. Brian’s knowledge will be a valuable resource in supporting Jacoby and the team on and off the field. We’re excited to have him here.”

Hoyer originally made New England’s roster as an undrafted rookie out of Michigan State in 2009.

In his first three seasons with the Patriots behind Tom Brady, he played in 13 games but never started. In 2012, the Pittsburgh Steelers signed Hoyer after their top two quarterbacks got hurt and he finished the season with Arizona, which claimed Hoyer off waivers in December.

Hoyer got his most extensive experience with Cleveland in 2013 and 2014, where he went 10-6 as the starter. The next two seasons, in Houston and Chicago, Hoyer was 5-4 and 1-4 as the starter before going 0-6 with San Francisco in 2017. The 49ers released Hoyer after acquiring Jimmy Garoppolo in a trade with New England.

That opened the door for Hoyer’s return to New England, where he spent the rest of the 2017 season and all of last season.

The Patriots released Hoyer on Saturday, allowing the Colts to bring him to town Sunday and sign him Monday. Indy opens the season Sunday at the Los Angeles Chargers.

To make room for Hoyer on the 53-man roster, the Colts waived safety Rolan Milligan.

by: Staff Reports / 6 mins ago