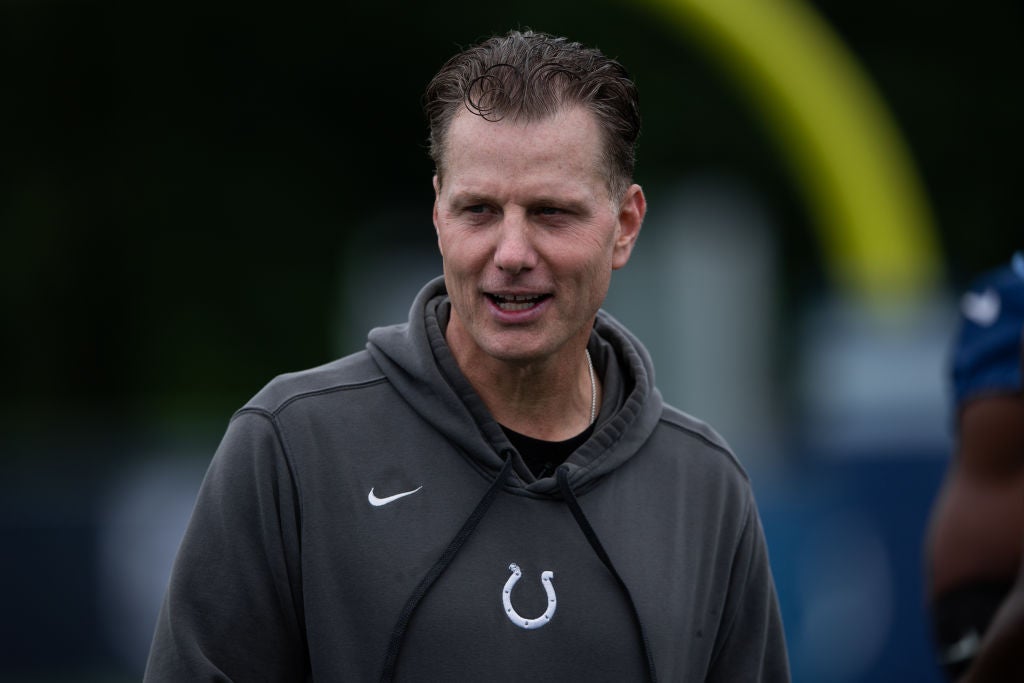 CHICAGO (AP) — Matt Eberflus is the new coach of the Chicago Bears, tasked with turning around a franchise mired in mediocrity for much of the past decade.

The Bears announced Eberflus’ hiring on Thursday night. He spent the past four years as Indianapolis’ defensive coordinator.

The 51-year-old Eberflus called his new job a “once-in-a-lifetime opportunity.”

“I am truly humbled and honored to be named your head coach and together we will do everything in our power to bring a Super Bowl championship back to Chicago,” he said in a statement.

With Eberflus in charge, Indianapolis’ defense showed marked improvement after ranking among the league’s worst. The Colts ranked eighth on defense in 2020, though they slipped to 16th this season.

Indianapolis missed the playoffs at 9-8, closing with two straight losses when a win in either game would have clinched a postseason berth.

The hire is the first big move for new Bears general manager Ryan Poles, who took over on Tuesday. Poles and Eberflus are first-timers in their respective positions in the NFL.

“I couldn’t be more excited to have Matt become the next head coach of the Chicago Bears,” Poles said. “His experience, passion, character and attention to detail made him the right man for both the job and the culture we intend to establish here at Halas Hall. Throughout the search, Matt impressed me when detailing his vision and plan for our team.”

The first big question for Eberflus is his offensive coordinator, since a big part of the job for the new coach and GM will be solidifying the quarterback position that has haunted the founding NFL franchise for decades.

That likely means figuring out a way to get the most out of Justin Fields and surrounding him with the cast to help him develop. The former Ohio State star had a shaky rookie season, though he also showed potential.

Eberflus, a former linebacker at the University of Toledo who began his coaching career at his alma mater and hometown school, also interviewed for head coaching jobs last year after his third season with Indy, where he developed a reputation for demanding relentless effort out of his players.

Eberflus’ high standards included counting “loafs” — a term former Bears coach Lovie Smith also used in his Tampa 2 defense. Eberflus refined his style and terminology during a seven-year stint in Dallas, where he worked with Rod Marinelli, who like Smith came from the coaching tree of Hall of Famer Tony Dungy.

Now Eberflus is the second coordinator to leave Indy in two seasons.

Last year, the Philadelphia Eagles hired Colts offensive coordinator Nick Sirianni as head coach. Sirianni took a handful of Colts assistants with him. It’s unclear how many, if any, assistants will follow Eberflus from Indy or Philly to Chicago.

The Bears went 48-65 with one winning season and made the postseason twice in Pace’s seven years as GM. Nagy was 34-31 in four seasons, dropping seven of eight to rival Green Bay. That included a loss at Soldier Field in October in which Aaron Rodgers turned to the crowd after running for a touchdown to help secure yet another win for the Packers over Chicago and screamed: “I still own you! I still own you!”

Nagy led Chicago to a 12-4 record and the NFC North title in 2018 after the Bears hired him off Andy Reid’s staff in Kansas City. But things fizzled after that.

Sloppy play and the team’s struggles on offense as well as a big slump for the third year in a row convinced team chairman George McCaskey it was time for change. The Bears dropped eight of nine at one point, with frustrated fans chanting: “Fire Nagy! Fire Nagy!”

Chicago ranked 24th in yards per game and 27th in scoring last season. And the Bears never finished higher than 21st on offense under Nagy.

Fields showed the arm, speed and poise that convinced Pace to trade up nine spots with the New York Giants to draft him with the No. 11 overall pick. But he also has plenty of room to grow.

Fields took over as the starter after Andy Dalton was injured in Week 2. He threw more interceptions (10) than touchdown passes (seven) to go with an unimpressive 73.2 passer rating. Fields also missed time because of rib and ankle injuries. And the Bears were 2-8 in the games he started.