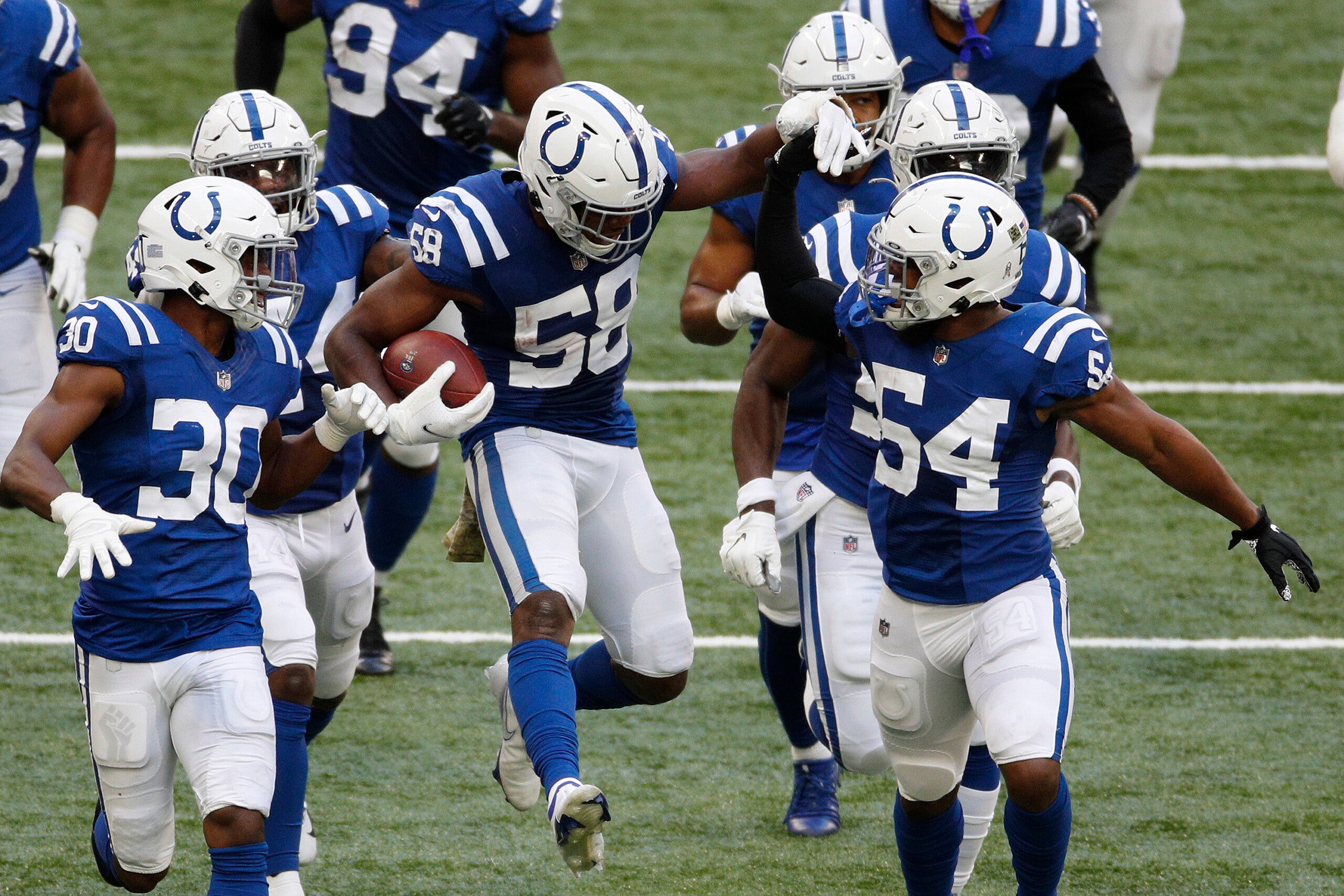 INDIANAPOLIS (AP) — Lamar Jackson turned up the tempo in the second half Sunday and then went right back to work breaking records.

After Gus Edwards’ 1-yard plunge gave Baltimore the lead midway through the third quarter, Jackson sealed the 24-10 win over Indianapolis with a 9-yard TD run that gave the Ravens the NFL record for most consecutive 20-point games.

Baltimore has won 10 straight road games, the league’s longest active streak, and earned the franchise’s first win at Indianapolis in seven tries. The Ravens also had lost 20 straight games when trailing at halftime.

It was the first home loss for Indy (5-3) this season.

And, not surprisingly, the league’s reigning MVP turned the game this time by starting the second half with no-huddle against a stingy Colts defense.

At one point, the Ravens offense, which sputtered throughout the first half, had run 32 plays compared with four for Indy. When Edwards scored with 5:43 left in the third, Baltimore led 14-10. Jackson sealed it with a brilliant fake that allowed him to jog around the left side for the milestone 9-yard TD run early in the fourth.

Baltimore’s defense also did its usual part, extending its streak of consecutive games with a takeaway to 21. They finished with two and Baltimore converted both into touchdowns.

Jonathan Taylor gave Indy a 7-0 lead with an early scoring leap. But he gave it right back when Marcus Peters ripped the ball out of Taylor’s hands and Chuck Clark scooped it up and sprinted 65 yards, hurdling Philip Rivers, to tie it at 7.

Indy made it 10-7 at the half on Rodrigo Blankenship’s 43-yard field goal.

Ravens: They came in already down three key players — left tackle Ronnie Stanley, cornerback Marlon Humphrey and linebacker L.J. Fort. Defensive end Calais Campbell hobbled off the field with a left calf injury on the third play of the game. He did not return. Cornerback Khalil Dorsey also injured his shoulder in the first half.

Colts: Four-time Pro Bowl receiver T.Y. Hilton was inactive because of a groin injury he suffered in last week’s win at Detroit. Pro Bowl tight end Jack Doyle left late in the first half with a concussion. Linebackers Darius Leonard and Anthony Walker also were injured in the second half. Leonard later returned.

Colts: Philip Rivers was 25 of 43 with 227 yards and one interception, falling 4 yards short of passing Hall of Famer Dan Marino for fifth on the NFL’s career passing list. … Jordan Wilkins carried 11 times for 39 yards, leading the Colts’ ground game to 112 yards.

Colts: Will play for the AFC South lead Thursday night at Tennessee.