Colts get 1st win of the season in Miami 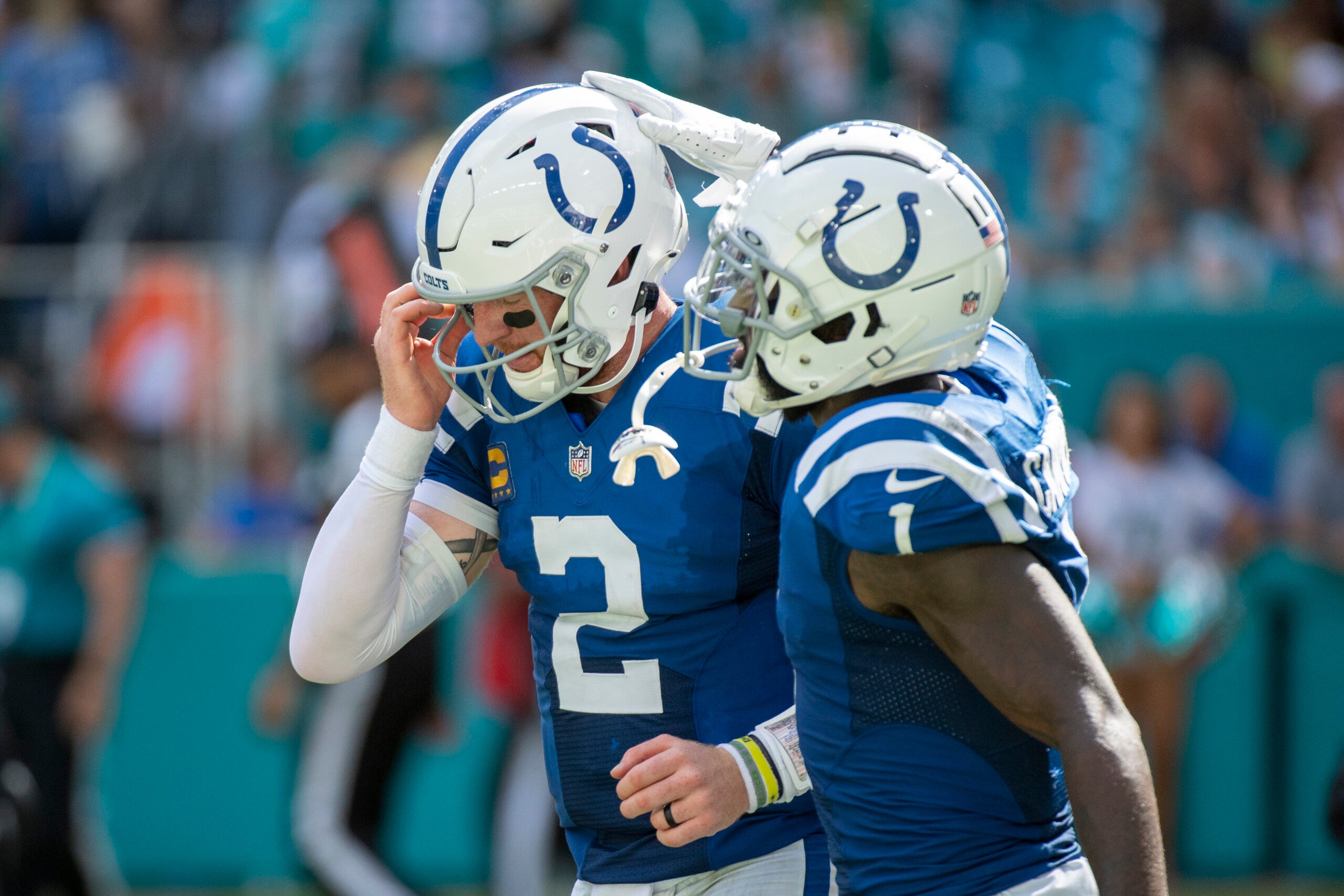 MIAMI (WISH) — The Colts got their first win of the season in Miami Sunday, taking down their former quarterback, Jacoby Brissett, and the Dolphins 27-17.

Carson Wentz completed 24 of his 32 passes for 228 yards and two touchdowns.

“It feels great, honestly, because I get the monkey off your back, a little bit for both me and the team. A huge win for us all three phases to come down and execute and play well,” said Wentz.

“He didn’t put the ball in harm’s way. He was accurate, made good decisions, and again, I can’t emphasize enough that that really comes because of a total team effort. It’s the confidence that we can play with when the defense is playing as well as it was playing. I mean, the defense was lights out today,” said Reich.

The defensive unit as a whole held Miami to only 35 rushing yards and just 27.3% on third downs.

Linebacker Darius Leonard led the team with eight tackles and a fumble recovery.

“You can’t panic,” he said. “We feel like we’re building a great defense, and each week we continue to get better and better. We got to do that … if we want to shut the critics up.”