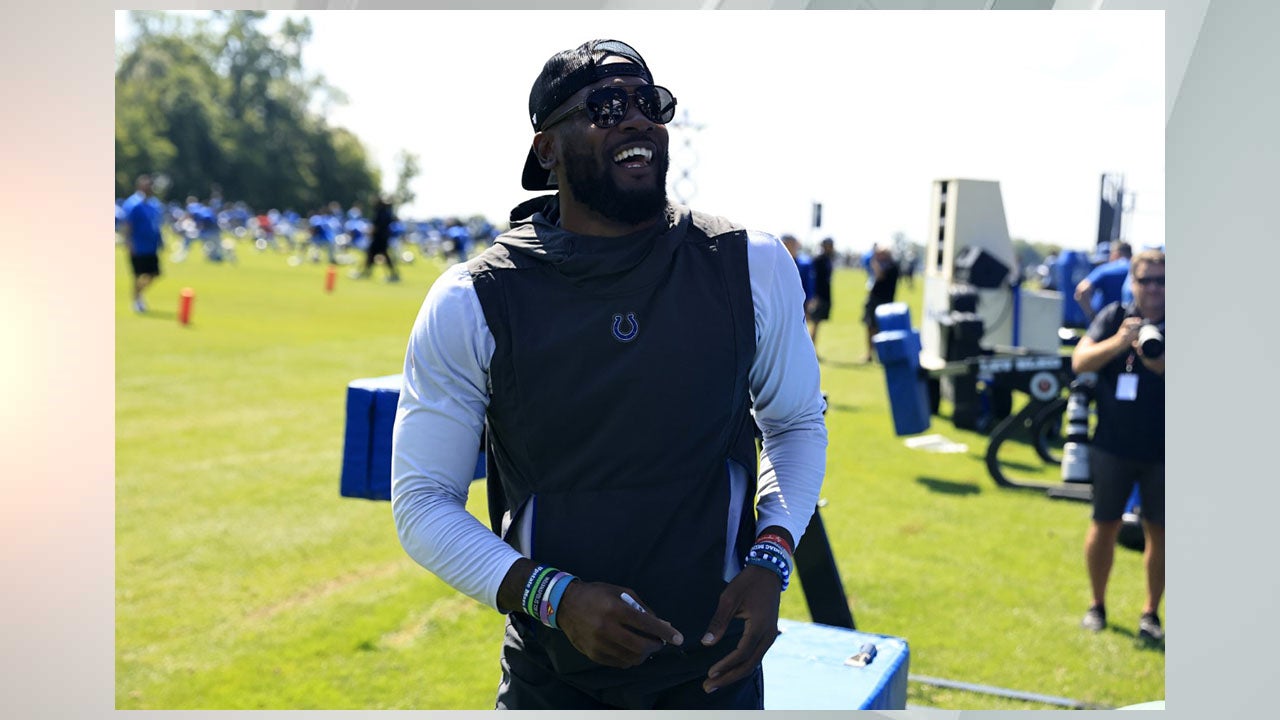 INDIANAPOLIS (WISH) — On Wednesday, Colts General Manager Chris Ballard met with the media to discuss his team ahead of Week 1 in Houston on Sept. 11.

The first order of business for Ballard on Wednesday was addressing the return of All-Pro linebacker Shaquille Leonard, who practiced in pads earlier in the day for the first time this summer.

Leonard’s return to the field comes exactly 12 weeks following back surgery, and puts him on track to play in the season opener against the Texans.

“He’s got to work, it’s like the first day of training camp, really almost OTA work,” Ballard said. “He’s been incredible. He is in every day at 5:45 a.m., meeting with coaches, [and] extra time spent rehabbing getting his body strong. Now, this is the next step. Let’s start practicing again.”

When pressed about whether Week 1 is realistic, Ballard offered a quick statement: “I can’t give you a timeline. Maybe week one, maybe week Six. We will work and we’ll deal with whatever we got to deal with.”

On offense, as contract extension talks with four-time pro bowl left guard Quenton Nelson continue, Ballard offered a quick summary of where things stand, saying, “You pay your best players, and he’s special. He’s special to us. So hopefully we get things worked out. We’ll see.”

Based on previous extensions for Colts offensive lineman (i.e. Ryan Kelly) keep an eye on this story into next week.

At wide receiver, T.Y. Hilton’s name came up again on Wednesday, with Ballard sending a similar message regarding the wide receiver who turns 33 this fall.

“Do I think T.Y. can still play? Absolutely I do. I’m never going to shut the door on it (a signing). But right now, I like our group and we like our group.”

So who exactly are the Colts rolling with ahead of Week 1? It’s Michael Pittman Jr. and five unproven pass catchers at the NFL level.

“We kept six, you know, Pitman is Pittman. We thought (Alec) Pierce did some really good things, and he’s going to have to grow up in a hurry, but we think he will. He’s mature, he’s smart, and he’s very talented. We thought Paris (Campbell) had a really good camp also, and so did Ashton Dulin. We feel really good about him. (Dezmond) Patman came on there at the end, and then we like (Mike) Strachan’s talent. (Strachan) coming off the knee only having a few days of real work…You know, that’s tough, but we like Mike’s talent.”

That is a nice vote of confidence for the rookie Alec Pierce, who turned in his best work at training camp during live action at joint practice against Detroit. Pierce and Parris Campbell’s consistency is paramount this season. It is also interesting that Ballard twice noted he likes Strachan’s “talent” but declined to take this any further.

Down the depth chart at quarterback, keeping Sam Ehlinger on the active 53-man roster was a clear sign the organization didn’t take his stellar preseason lightly. The thought of losing Ehlinger to a waiver wire claim from one of the 31 other NFL teams was deemed too risky.

“He’s a good player, played his way on (the 53-man roster). We had a feeling he would because he worked so hard at it. He is so diligent in the process of how he prepares, and then he takes feedback really well. When we talked after the season about things he needed to get better at, he goes and works at it. We think Sam’s got a really bright future.”

Roster Moves:
Undrafted linebacker Sterling Weatherford is the lone Colt released on Tuesday who was claimed on the waiver wire Wednesday, as the Cicero, Ind. native heads to Chicago to play for Matt Eberflus.

According to Ballard, the decision to cut Weatherford was one of the toughest moves internally this week.

The roster cuts to get down to the team’s initial 53-man roster were highlighted by a corresponding move Wednesday, as Indianapolis picked up rookie offensive tackle Luke Tenuta off waivers from Buffalo.

Tenuta was originally selected by the Bills in the sixth round out of Virginia Tech. Cornerback Tony Brown was waived in a corresponding move.

Additionally, veteran offensive lineman Dennis Kelly who was waived on Tuesday, was added back to the 53-man roster today. Rookie safety Trevor Denbow was placed on injured reserve in a corresponding move.