Colts preparing for all obstacles at ‘virtual’ 2020 NFL Draft 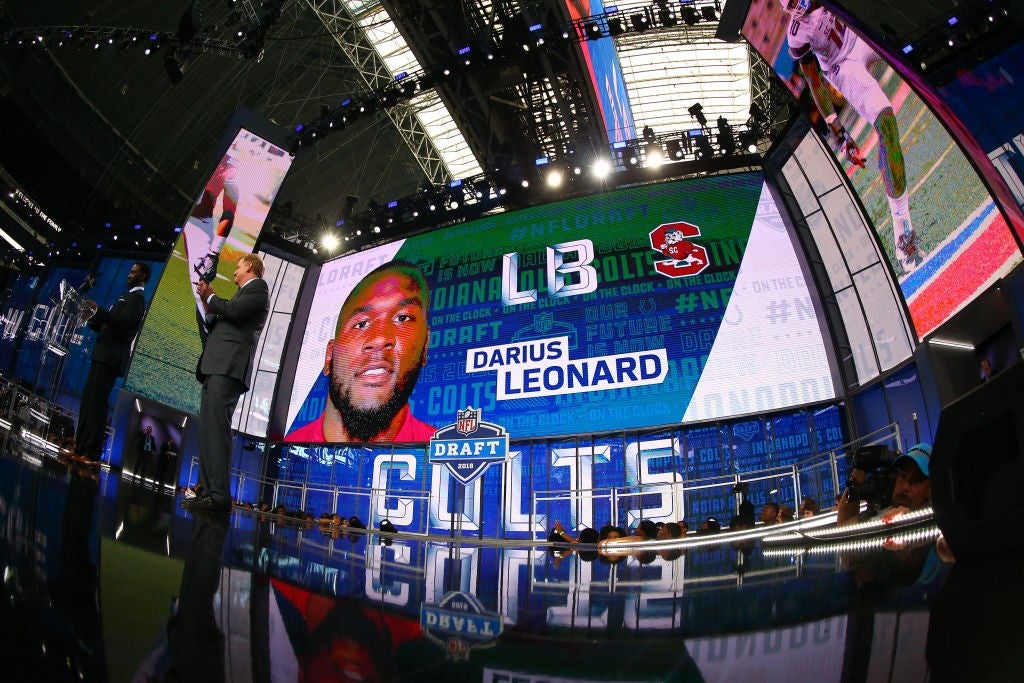 INDIANAPOLIS (WISH) — Before we set up base camp for the most bizarre draft in professional sports history, the Colts are buying you some extra time.

Remember that hot headline: Indianapolis going quarterback early in round one in April? That got shredded pretty quick.

Philip Rivers, 38, although still situated in Florida amid the COVID-19 pandemic, is officially on his way to West 56th Street.

“This was a unique opportunity with Philip (Rivers),” Ballard said. “You have a potential Hall of Fame quarterback hit the market that has a history with both our head coach and our offensive coordinator. For now, we feel pretty good about the position.”

And the changes? Oh, there are plenty more.

Of the Colts’ seven picks (for now) in next week’s draft, there will be no hooting and hollering from the Colts Complex. Beginning with selection No. 1 in Cincinnati, every NFL team will “virtually” call in picks from their own homes.

From Ballard to head coach Frank Reich to the entire Colts staff, each member of the organization is required to stay at their own home as the picks are made. Which begs the question: What could possibly go wrong?

“It just is what it is,” Ballard said. “I have five kids and I have three dogs. Eventually, they are going to flash in front of the screen. I mean I’ve been waiting for my dogs to pop up here. They haven’t popped down here in this basement. I’ve had a generator put in my house to make sure we have backup electricity and I’ve made sure we’ve had backup internet.”

This April, it is best if you stay on your toes. An adventure awaits.