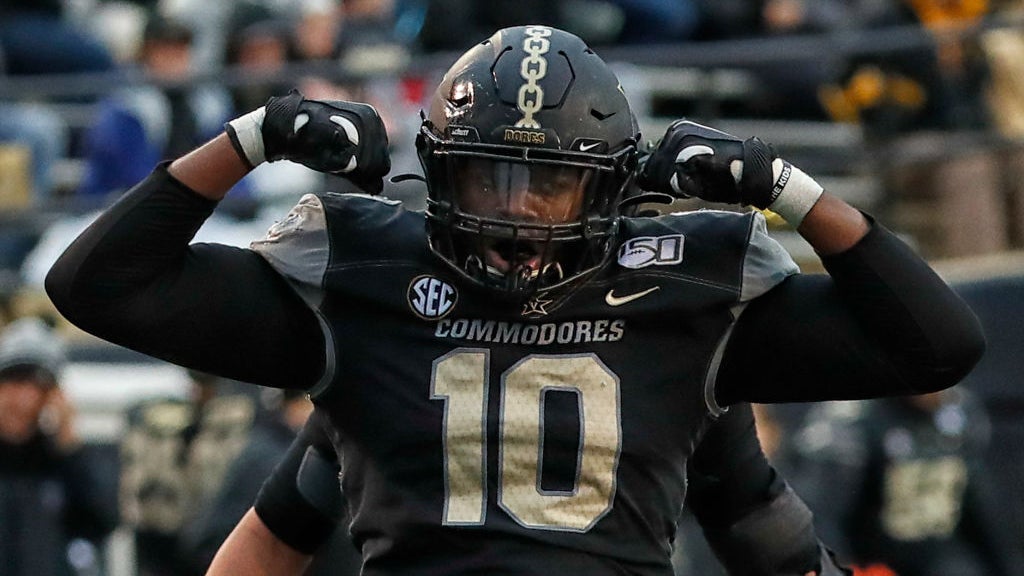 Temidayo “Dayo” Odeyingbo, 21, had 44 career games with 29 starts over four years with the Commodores.

Odeyingbo tore his Achilles tendon in January. He said in a videoconference interview with the news media after he was picked that there is no “hard date” yet on when he will be back on the field.

“I did it back in January, the end of January, training for the Senior Bowl just trying to prepare to do my best out there. Basically, planted wrong, took a bad step; kind of like a freak accident. Right now, I’m on the road to recovery. I’m three months in and I’m just working hard to get back as soon as possible.”

Odeyingbo also said, “For me, I truly believe everything happens for a reason, so that’s kind of the mentality I came in with. I really didn’t give myself any time to feel sorry for myself. I tried to attack it full force ahead. Do I feel like it dropped me (in the draft selection)? I mean, it’s a possibility. I personally feel like I’m a very talented athlete. I’m blessed to be in this position. Do I feel like I could have ended up going higher had I had a Senior Bowl and a Pro Day? That’s very much a possibility. I know injuries do drop people. There is no telling, but I’m happy exactly where I am and I know that I’m going to the right situation. I’m really just excited.”

He was born in Brooklyn, New York, and attended Ranchview High School in Irving, Texas. His parents, Gary and Betty Odeyingbo, are natives of Nigeria.