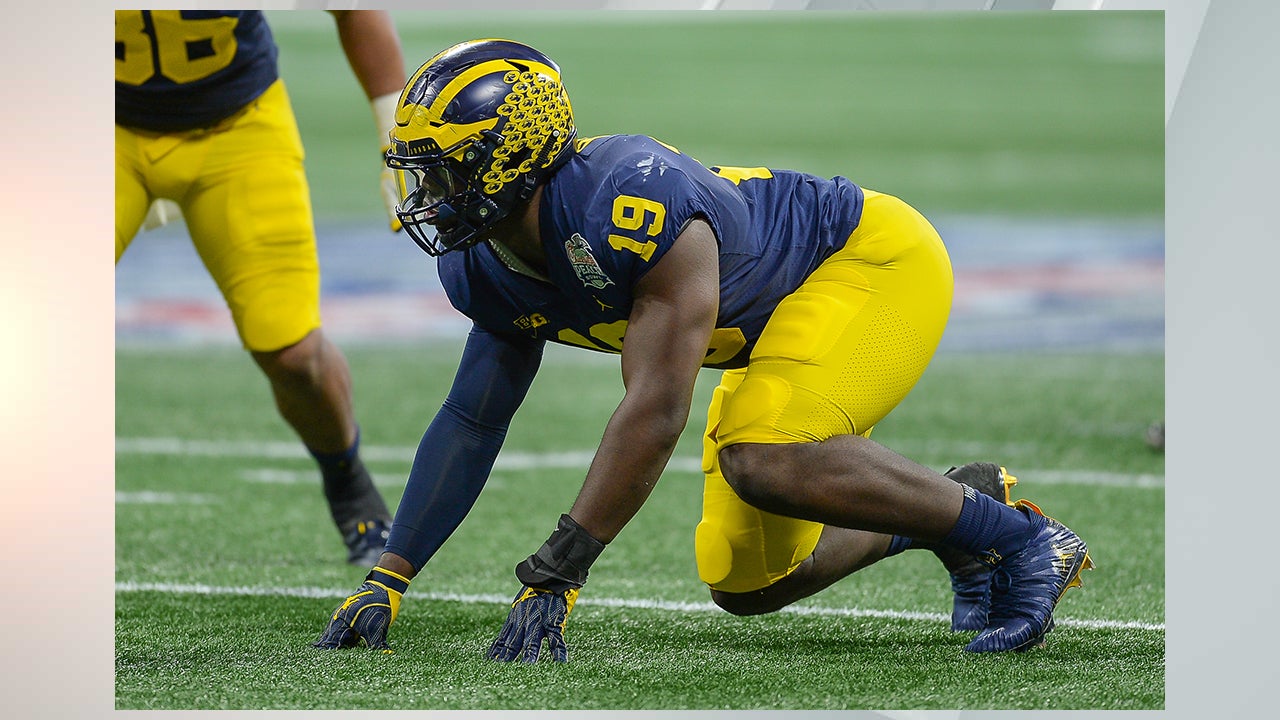 Zak Keefer, a Colts analyst for News 8, said, “Kwity Paye was the No. 1-ranked player on @BruceFeldmanCFB’s 2020 Freaks List. I like the pick. Adds some punch to a defensive pass rush that needs it. Can likely address left tackle in Round 2.”

Keefer added, “Word from Colts facility— team’s pretty pumped they got Kwity Paye at 21. Not a lot of talk of trading back. Paye was the highest player on their board.”

News 8’s Charlie Clifford says on Twitter, “At the moment, with 15.5 sacks already off the roster from ‘20 (Autry – TEN /Houston – FA ) & a stable of unproven, young edge rushers — this is a very smart move.”

In 2016, he was named Gatorade Football Player of the Year as a senior at Bishop Hendricken High School in Warwick, Rhode Island.

Paye, 22, was born in a refugee camp in Guinea, from where he, his Liberian mother and his brother emigrated to the United States when he was 6 months old. He’s named Kwity after his maternal grandfather who was killed in the First Liberian Civil War.

Ray also shared a video on Twitter in which Paye told his mom she is now retired because he was drafted.

The Colts had the No. 21 pick in the first round.