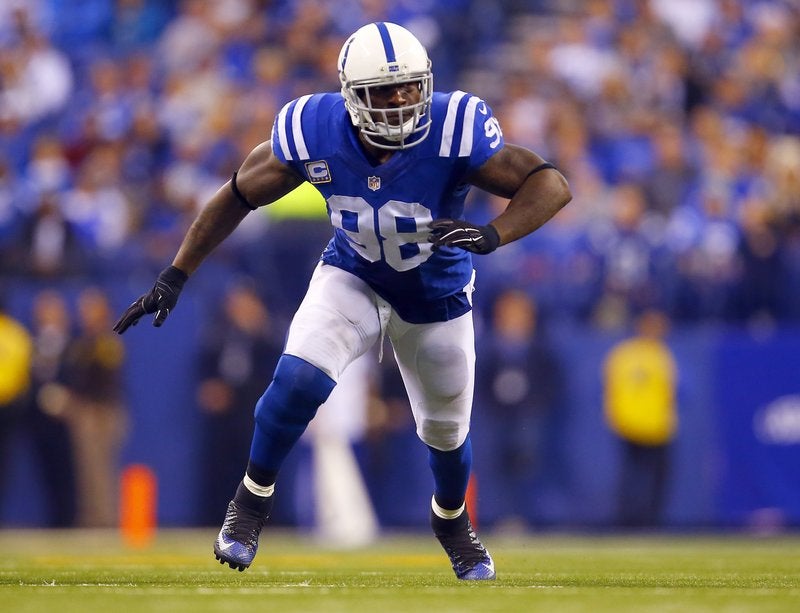 INDIANAPOLIS (WISH) – The Indianapolis Colts will add another member to their Ring of Honor.

Robert Mathis, the franchise’s sack leader, will be inducted into the Ring of Honor on Sunday, Nov. 28, when the Colts play host to Tom Brady and the Tampa Bay Buccaneers.

“From a fifth-round pick from a small college to one of the most effective and feared defensive players in the NFL, Robert Mathis was a centerpiece of the historic Colts teams of the last two decades,” said Jim Irsay, Colts owner and CEO. “He was undersized and underrated, but he made up for it with a motor that wouldn’t quit and a flawless technique that outmatched the most talented lineman in the league. And to watch him strip-sack the quarterback – which he did better and more than anyone in NFL history – was a thing of beauty. What’s more, Robert has stayed connected to the Horseshoe and has helped guide and teach our next generation of players. We are so proud that his name and his Hall of Fame-worthy career will be celebrated and remembered in Indianapolis from this day forward.”

Mathis was originally scheduled to receive the special honor in 2020 but the ceremony was postponed due to the COVID-19 pandemic.

Mathis, who played his entire 14-year-old career with the blue and white, will join other Colt greats such as Marvin Harrison, Reggie Wayne, Edgerrin James, Jeff Saturday and Peyton Manning in the Ring of Honor.

For more information, and to purchase tickets to the Nov. 28 game, click here.