Sirianni weighs in on Reich’s firing, matchup with Colts 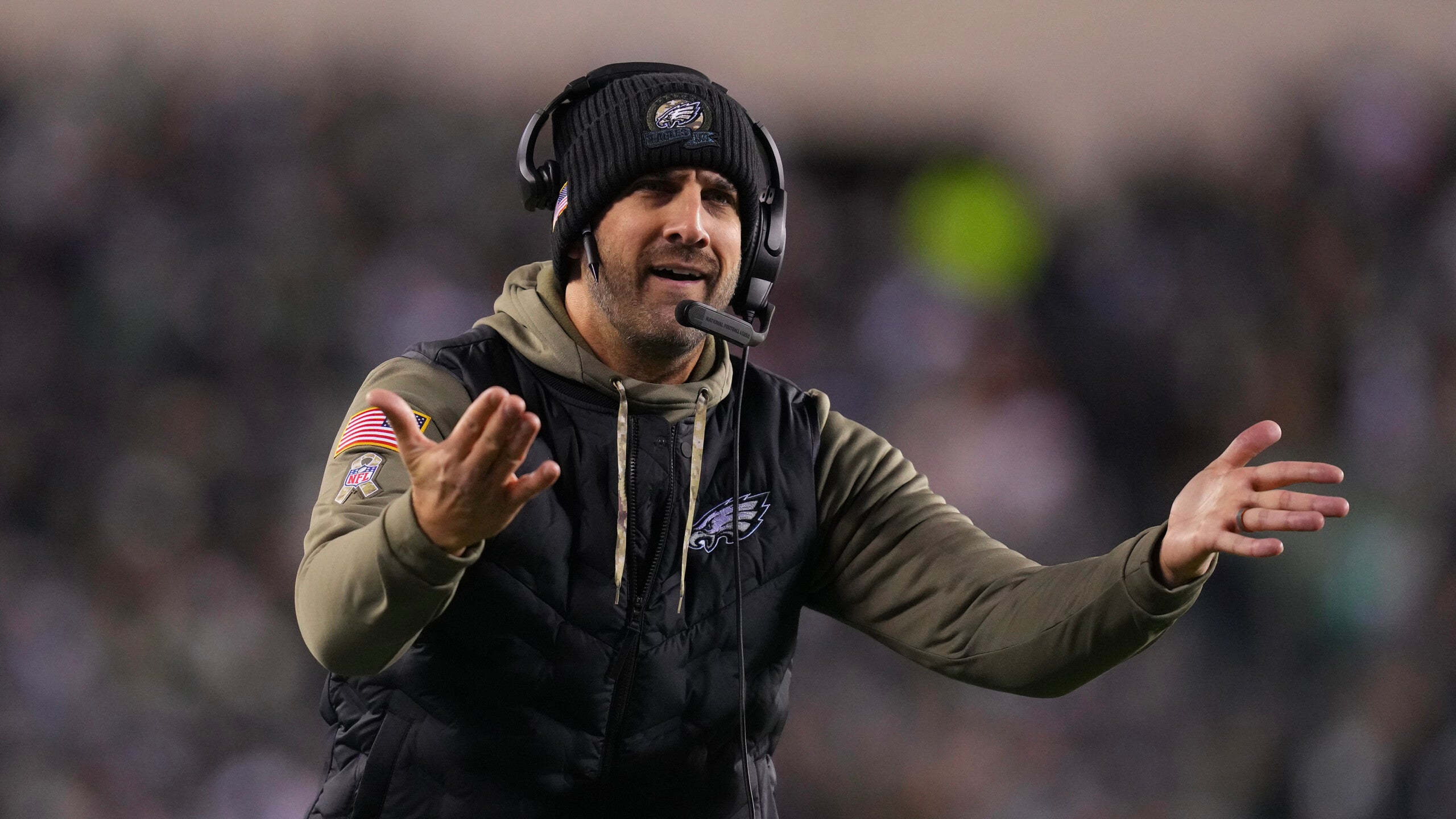 The 8-1 Eagles, coming off their first loss of the season Monday night at home against the Commanders, head to Lucas Oil Stadium Sunday on a short week boasting one of the league’s most high-powered offenses. Sirianni’s attack, led by dual-threat Quarterback Jalen Hurts, ranks 2nd in the NFL in pass yards per play (7.90), 3rd in points per game (27.3), and 4th in yards per game (376.9).

Considering Sirianni learned under Reich both with the Chargers and Colts, the 41-year-old has faced questions over the past week regarding Reich’s mid-season firing.

“As you know, what I think about [former Indianapolis Colts Head Coach] Frank [Reich] and how much I respect Frank as a person, how much I respect him as a football coach, you can probably imagine how I feel,” Sirianni said this past week following Reich’s dismissal.

According to News 8 Colts Insider Zak Keefer, during a conference call this week with Indianapolis media Sirianni expanded on this storyline ahead of Sunday’s matchup.

Sirianni went on to name Reich among the three individuals who have molded his professional coaching philosophy, which aligns with a comment at his Eagles introductory press conference when he referred to Reich as “my big brother.”

Earlier week Sirianni downplayed the significance of his first return trip to Indianapolis, on the heels of Jeff Saturday’s interim head coaching debut with the Colts.

On defense, a lack of depth at defensive tackle significantly limited the Eagles the past two weeks, with the unity allowing a total of 320 yards rushing over that span.

Eagles Defensive Coordinator Jonathan Gannon, formally the Colts defensive backs coach from 2018-2020, issued this warning to his side of the football ahead of their meeting with reigning NFL rushing champ Jonathan Taylor.

“He’s one the premier backs in the league,” Gannon said. “I told our guys a story (during) the first two or three days of training camp he broke a run and literally just ran away from all our defensive backfield. Guy has major gas. He’s big, physical. He has really good vision.”

The Colts are likely to take a copy of Washington’s gameplan from Monday night of controling the clock against Philadelphia. The Commanders finished the game with a 40:24 to 19:36 advantage in time of possesion on the road.

At the moment, the Colts are a touchdown underdog at home for the first time since the final season of Chuck Pagano’s tenure during November of 2017 against the Pittsburgh Steelers.

IMPD in search for 2 people of interest after Oct. 30 murder of 27-year-old man