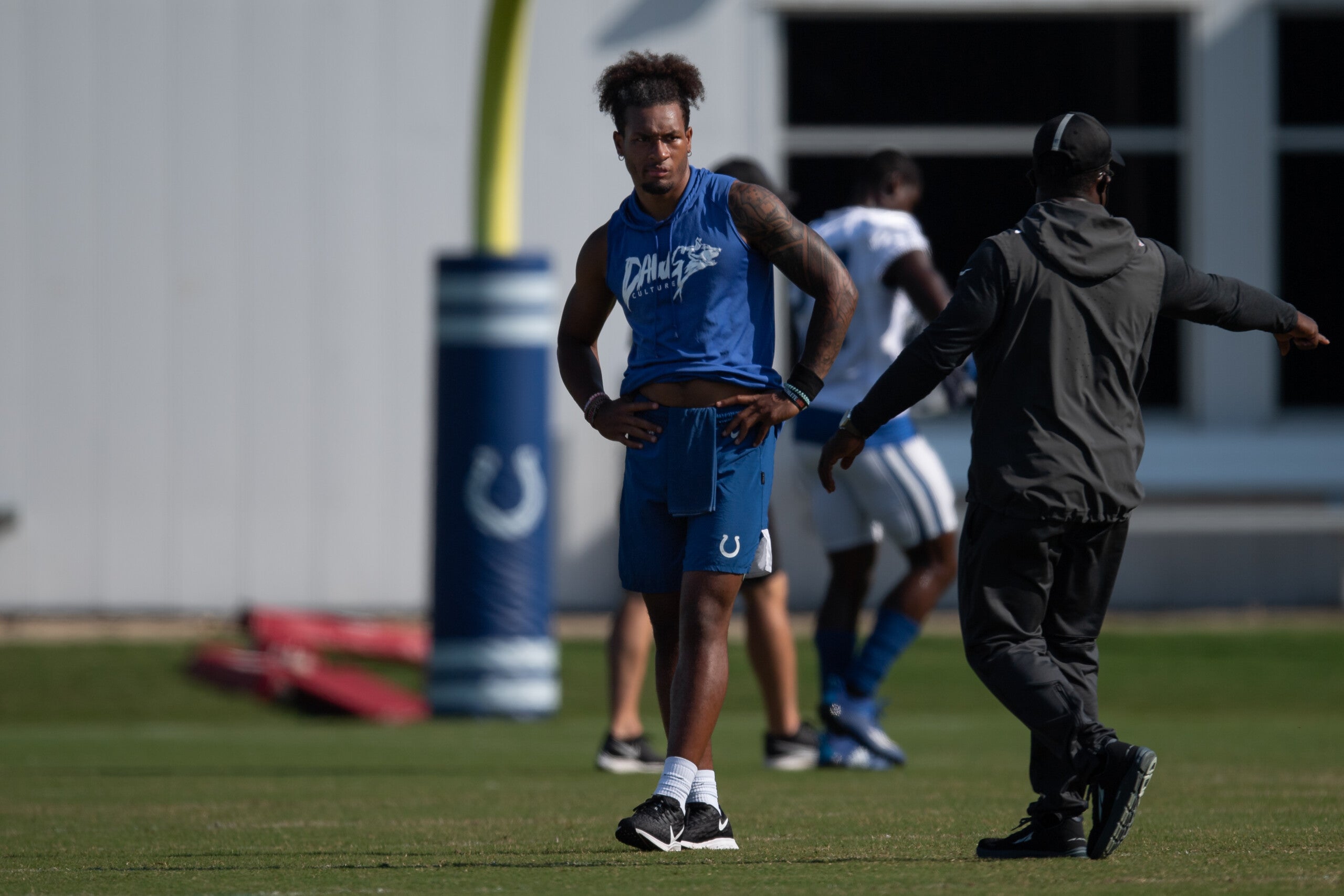 Wide receiver Michael Pittman Jr. is avoiding the first-year blues. Running back Jonathan Taylor is trampling linebackers up the middle.

The potential long-term answer at quarterback? Jacob Eason’s rocket arm is off to a solid start.

The train, a few cars back from DeForest Buckner in the middle of the defensive line? That is Rob Windsor, occasionally wreaking havoc in the opposing backfield.

And then there is third-round pick Julian Blackmon.

On paper, he is listed as a safety, although, he has only played the position for one season.

That ended with an All-American honor and an unfortunate ACL injury in his final collegiate game at Utah.

But it is impossible to describe the true Julian Blackmon on paper.

His comeback from injury is underway and before being activated from the Colts injury list on Monday, the 22-year-old had already wowed an entire NFL roster.

Do you hear that?

Is that Michael Jackson? No, that is Julian Blackmon.

“I didn’t really get nervous because once they said, ‘It is a singing contest,’ I was like, this is kind of something that I am used to,” Blackmon said.

He put on an absolute show. Check it out here:

On Tuesday, the new details arrived on the talent behind the microphone in Indianapolis.

“Growing up, I was always in choir, I have always been performing,” Blackmon said.

“In terms of singing, my dad is an artist, as well as my mom, she sings as well. My family always made us do little recitals for the older siblings.”

Now the older siblings are an 80-man NFL roster. And at the first “NFL recital,” the critics were impressed.

“He had the place juiced up, that is what happened,” Colts offensive coordinator Nick Sirianni said. “He can sing, he can sing. I am always in awe of these guys who have all of these talents.”

“He broke the room down…I felt like I was at a concert. “

“Oh, just talent,” four-time Pro Bowl Wide Receiver T.Y. Hilton said. “That guy can sing. Most athletes, we try to sing, but he can really sing. We have to find a way to get him on national television.”

If Blackmon doesn’t win you over with his vocals, his basketball pedigree will certainly help his case around here.

As a senior at Layton High, a 25-minute drive north of Salt Lake City, Blackmon was voted an All-State first-team guard. As a junior, he helped Layton to the 5A State Championship.

Leaving football behind in Layton, Blackmon starred as two-time All-PAC-12 honoree at cornerback before changing positions and becoming an All-American safety his senior season for the Utes.

Despite uncertainty following the December ACL injury, the Colts grabbed Blackmon with the 85th overall pick in the 2020 NFL Draft.

His physical recovery has been speedy to say the least.

His preparation inside the Colts meeting rooms is also ahead of schedule.

“He is picking up the schemes really well, we have no doubt that he is going to be awesome once he gets in there,” Colts Defensive Coordinator Matt Eberflus said.

“I feel really good, and the training staff here has done a really great job with me,” Blackmon said. “I don’t have a (NFL debut) date marked, but when I feel good, I will come up and play.”
Belt it out. This debut is worth waiting for.