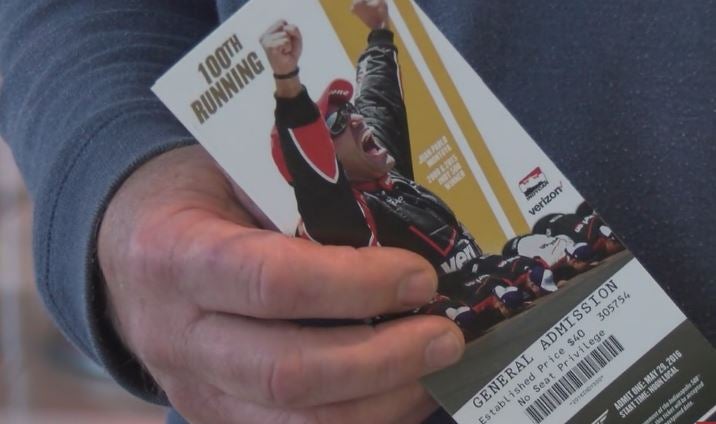 INDIANAPOLIS (WISH) – Fans are flocking to Indianapolis Motor Speedway to buy tickets after track officials announced a sellout is possible.

“Usually we just show up on race day and buy the ticket at the gate,” IndyCar fan Gordon Becker said. “I thought I better get one just in case.”

Another fan tried to buy 100 tickets Tuesday. The staff told him he could only buy 20.

Hulman & Company CEO Mark Miles said he’s seeing “unprecedented demand.” Miles said his team wants to ensure a safe and enjoyable experience for fans, and stopping ticket sales is not out of the question.

If tickets do sell out, Miles said the IMS team will consider allowing the race to be televised live locally.

Track historian Donald Davidson said he’s not sure when the live race was last televised in the Indianapolis region.

Davidson said it’s been years since the race sold out, but it used to sell out often.

Reserved seats are already sold out for 2016. IndyCar fan David Burnett said he usually sits in the stands but he bought a general admission ticket Tuesday.

After hearing about the possibility of a sellout, Burnett said he didn’t want to risk paying extra for scalped tickets.

“I’m not going to ever miss the race if I can help it,” Burnett said. “I’ll always try to be here.”