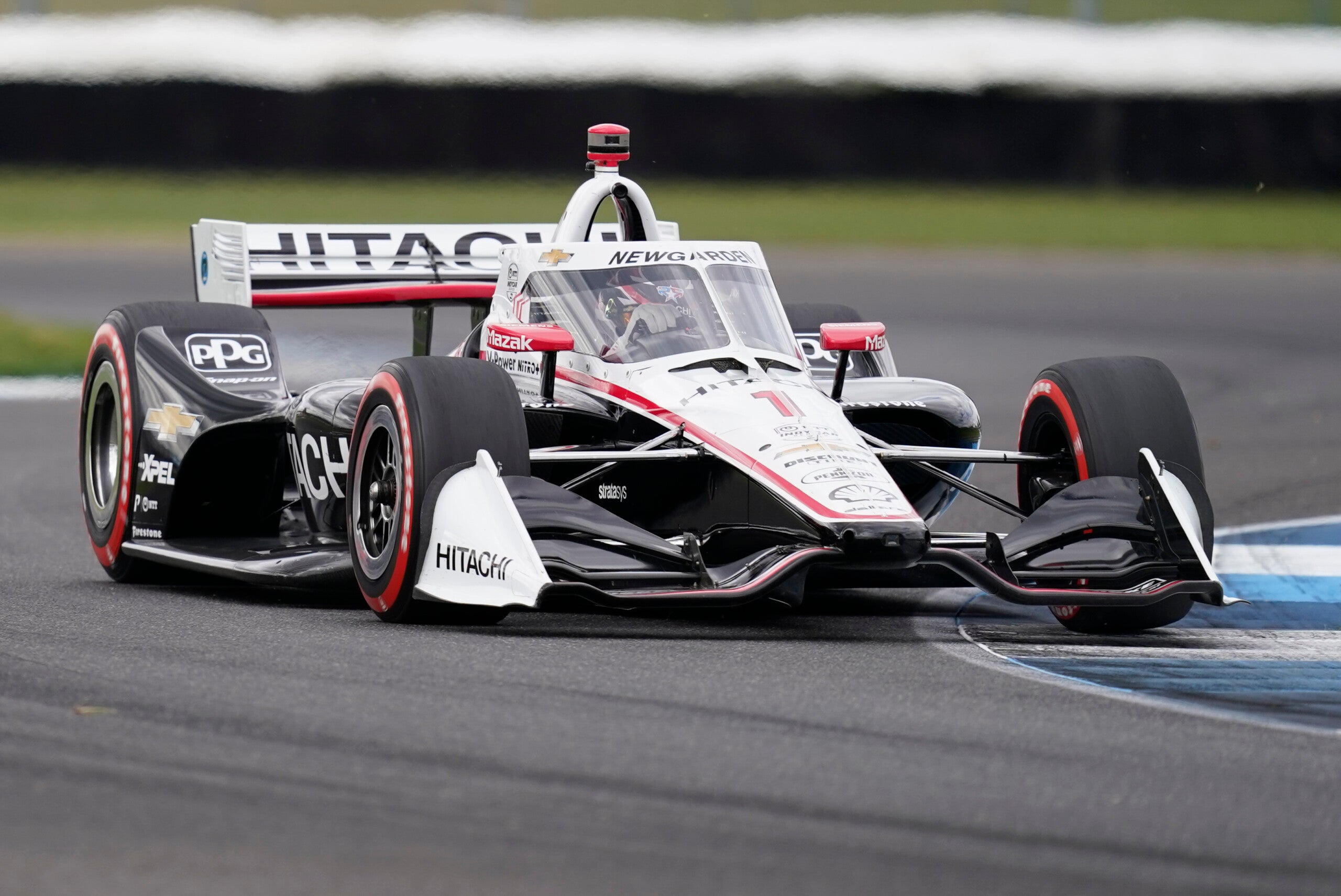 INDIANAPOLIS (AP/WISH) — Josef Newgarden doesn’t intend to just give up on his season title defense.

And now, he’s got a chance to keep the crown another year.

The two-time IndyCar champion pulled away from the rest of the field over the 18 laps Friday, racing to his third win of the season, this time by a margin of 14.2940 seconds over Alexander Rossi. With the Harvest GP win, Newgarden moved within 40 points of what once seemed a seemingly safe 120-point lead of five-time series champ Scott Dixon.

Now the New Zealander hopes to rebuild his lead when he returns to Indianapolis Motor Speedway’s 14-turn, 2.439-mile road course on Saturday for the second race on a doubleheader weekend. The season finale will be held Oct. 25 at St. Petersburg.

For Newgarden, it was a breakthrough moment.

“I’ve always wanted to get up here,” Newgarden said as the public address speakers blared out his comments to the roughly 10,000 fans in attendance. “I wanted it to be for the (Indianapolis) 500 but this is pretty cool.

He finally completed the quest with flair, inheriting the lead when Graham Rahal with 18 left and driving away first from Colton Herta then from Alexander Rossi, teammates with Andretti Autosport.

While Newgarden led a race high 34 laps in the 85-laop races, Dixon was never in contention. He started 12th and made it as high as fifth but wound up ninth after winding up in the grass when his tires started giving out with two laps to go. The once

Pole winner Rinus VeeKay, the rookie from the Netherlands, was third and Herta wound up foruth.

So when VeeKay claimed his first IndyCar pole on the speedway’s road course Thursday, the 20-year-old Dutch driver called his mentor, the Flying Dutchman, who shared some tips about leading the 25-car field into the first turn.

“He was happy and a little bit surprised that I experienced this on the road course,” VeeKay said. “He’s seen some Turn 1’s here in Indianapolis, and he told me to make sure I stay out of trouble and not to lose it doing something out of the rulebook. So I’m all fresh on the rules.”

Sebastien Bourdais is taking over A.J. Foyt’s No. 14 car for the rest of this season and James Hinchcliffe is doing the same in Michael Andretti’s No. 26 car.

But both are already working on next season.

Bourdais will return full-time to the series with Foyt’s team in 2021 and is using the final three races to get a jump on next season.

“Not being in the car for six months and all the uncertainty is a huge thing,” the Frenchman said. “I’m just glad we can kick start the 2021 season because there’s nothing else for us to fight for in 2020.”

Hinchcliffe, the popular Canadian and 2016 Indy 500 pole-winner, still is looking to get back in the series full-time after running a part-time schedule with Andretti’s team. He’s replacing Zach Veach for the final three races and could use them to audition for a potentially wild offseason.

“I’ve been talking to them (the Andrettis),” he said. “It looks like there’s going to be a of movement in the driver market so we’re going to have to see what happens.”

WHO’S HOT: Herta. While most of the attention has been on Dixon and Newgarden, the 20-year-old Floridian has a chance to finish his second IndyCar season in the top three in points. He’s had six straight top-10 finishes including a win from the pole at Mid-Ohio and is now third in the points.

WHO’S NOT: Dixon. After an incredible start to the season, he’s been 10th, 10th and ninth in the last three races, putting a possible sixth series title in jeopardy with two races left.

UP NEXT: Round 2 of the Harvest GP will be held Saturday at Indianapolis Motor Speedway.

Results Friday of the IndyCar Harvest GP presented by GMR NTT IndyCar Series event on the 2.439-mile Indianapolis Motor Speedway road course, with order of finish, starting position in parentheses, driver, engine, laps completed and reason out (if any):