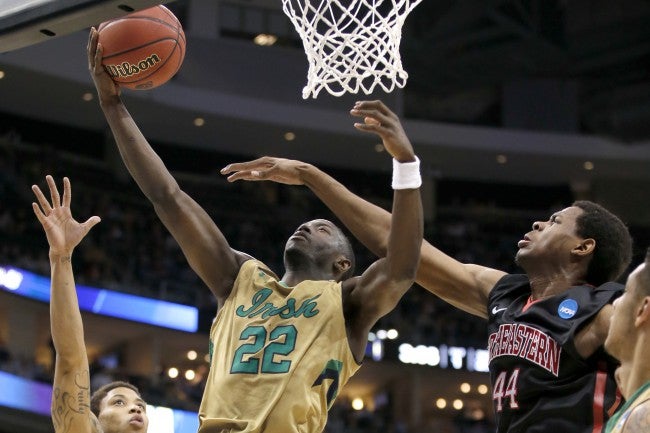 INDIANAPOLIS (WISH) —  He may be best known for one of the top dunks of the college basketball season, but Notre Dame guard Jerian Grant is ready to take it to the next level.

He and a handful of others were invited to the Pacers first pre-draft camp workout, where the guys took to the Bankers Life Fieldhouse court in front of Larry Bird, Donnie Walsh and Frank Vogel.

With the draft set for June, the nerves were there.

“You definitely have to keep your nerves in check,” said Grant. “You want to go out there and just play, not really think about anything, just play the game you love. It’s so close, it’s hard to, but when just once you get out there, it’s just basketball.””

At 6-5, Grant looks like a combo guard who has the shooting skills and the passing prowess to play with guys like George Hill in the Pacers backcourt, a position of need for Indiana.

“I think so,” added Grant. “I think I bring a lot of playmaking skills, get guys better looks and making guys around me look better.”

The Pacers camp was the first of what he hopes are a handful of NBA team camps where he can show off his first round draft talent, and the Irish grad realizes what improvements he needs.

“Consistency with the jump shot, that’s what I’ve been working on in the off-season a lot, haven’t gotten a whole lot of shots today, but really just playing my game and getting stringer and getting faster is something I’ve got to work on.”

With the draft lottery set for Tuesday, the Pacers will know if their long shot of getting a top five pick will happen. They’ll draft no worse than 14th.