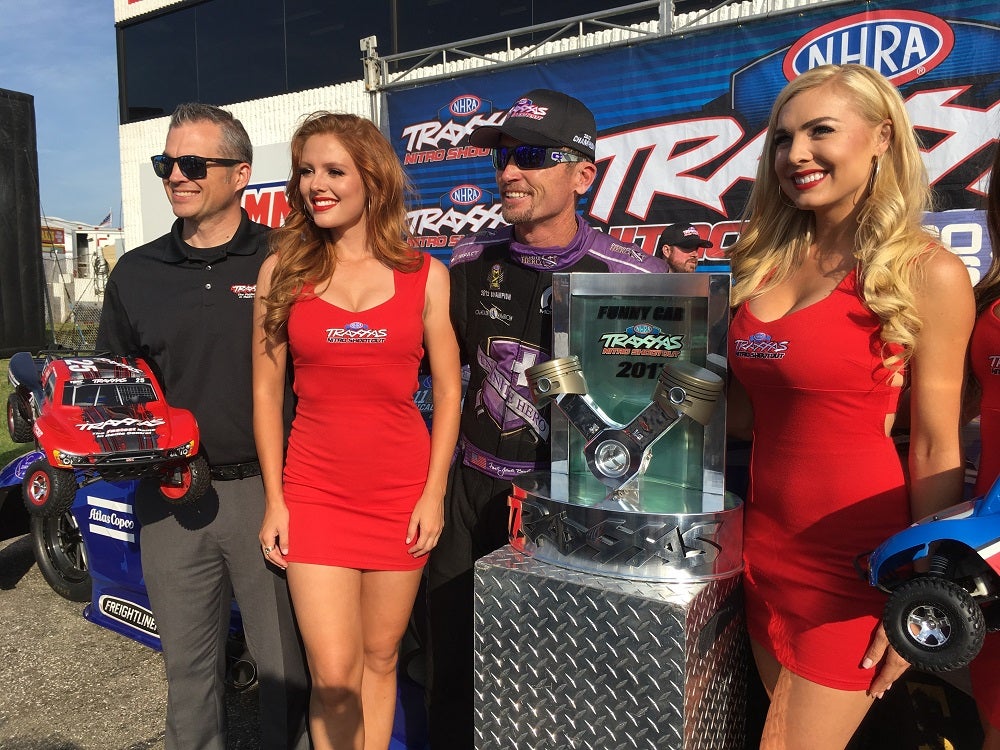 “Just getting in to the Shootout is incredibly difficult,” Beckman said. “That’s what makes it exciting, there’s a big litany of ways to make your way into the field but then there’s only one way to get the trophy; You’ve got to beat three of the baddest fuel cars on the planet in one day. There’s always something that makes this Traxxas final round eventful.”

Millican raced to his second consecutive U.S. Nationals Top Fuel No. 1 qualifier, his third of the season, and eighth of his career. He had a track elapsed-time record pass of 3.663 at 329.10 on Saturday.

Hagan powered his Dodge Charger R/T to a 3.799 at 338.77 for his fourth No. 1 qualifier of the season, 30th of his career and fourth at the U.S. Nationals. His run from Friday’s first qualifying session set both ends of the Lucas Oil Raceway track record.

Anderson secured his 90th Pro Stock No. 1 qualifier, third of the season and fifth at Indianapolis with the 6.561 at 210.11 in his Chevrolet Camaro from Saturday.

In Pro Stock Motorcycle, Krawiec rode to his third No. 1 qualifier of the season, 36th of his career and second at U.S. Nationals with his 6.822 at 196.62 on Saturday.