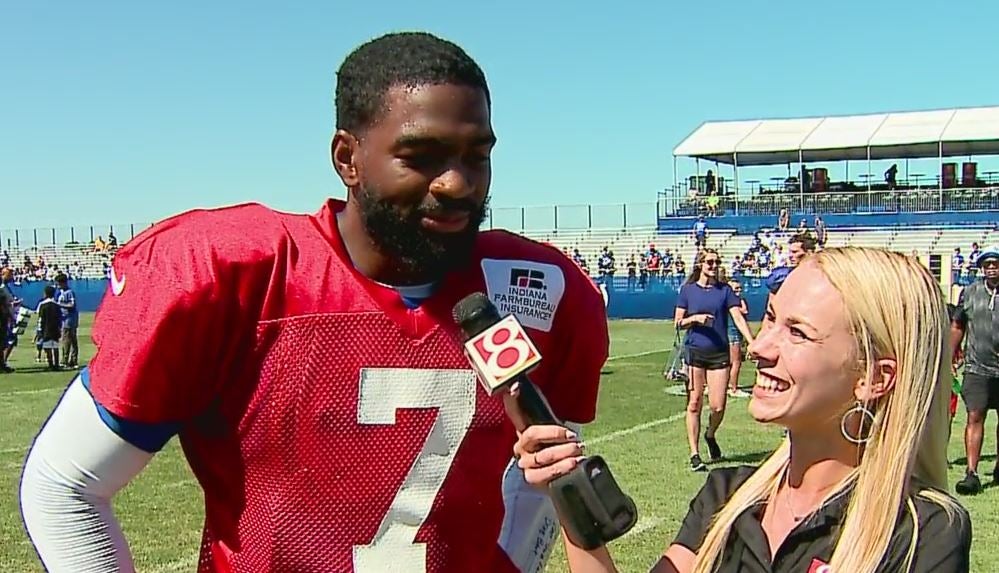 INDIANAPOLIS (WISH) — Jacoby Brissett is wise beyond his 26 years.

That’s because he’s learned from some of the greatest to ever play the game, and he asks the tough questions.

Brissett was drafted by the New England Patriots in the third round of the 2016 NFL Draft. He spent his first year in the league behind Tom Brady.

In 2017, he was traded to the Colts and led the offense while Andrew Luck was sidelined with his shoulder injury. Now as the 2019 season begins, Brissett is taking the majority of the first team snaps during training camp while Luck is working through his calf strain. This is a contract year for Brissett in Indianapolis.

Brissett has also been stirring things up on Twitter this offseason. In fact, he told WISH-TV he not only claims the title of quarterback, but he considers himself a blogger as well.

News 8 picked the brain of the Colts backup quarterback.