Jaden Ivey overcome with emotion after being drafted by Detroit 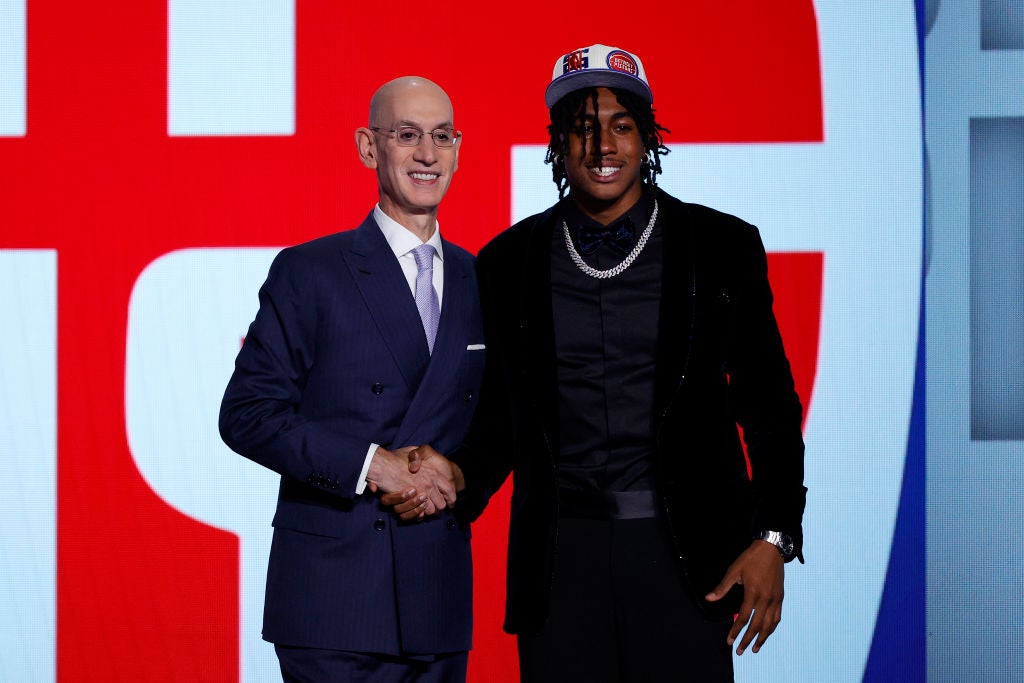 NEW YORK, NEW YORK - JUNE 23: NBA commissioner Adam Silver (L) and Jaden Ivey pose for photos after Ivey was drafted with the 5th overall pick by the Detroit Pistons during the 2022 NBA Draft at Barclays Center on June 23, 2022 in New York City. NOTE TO USER: User expressly acknowledges and agrees that, by downloading and or using this photograph, User is consenting to the terms and conditions of the Getty Images License Agreement. (Photo by Sarah Stier/Getty Images)
by: Charlie Clifford
Posted: Jun 23, 2022 / 09:01 PM EST / Updated: Jun 23, 2022 / 09:01 PM EST

INDIANAPOLIS (WISH) — Following being selected with the No. 5 overall pick to the Detroit Pistons, former Purdue star Jaden Ivey broke into tears of joy next to his mother, Niele, at the Barclays Center in Brooklyn.

Ivey, who was raised by his mother as she ascended from former Notre Dame basketball star to the professional coaching ranks and back again to South Bend as the Irish Head Women’s Basketball Coach, now gets to play in the NBA just over 200 miles away from home.

A very cool story for the first Purdue player drafted inside the top 25 picks since Glen Robinson went No. 1 overall in 1994 to the Milwaukee Bucks.

Behind the Bricks / 51 mins ago