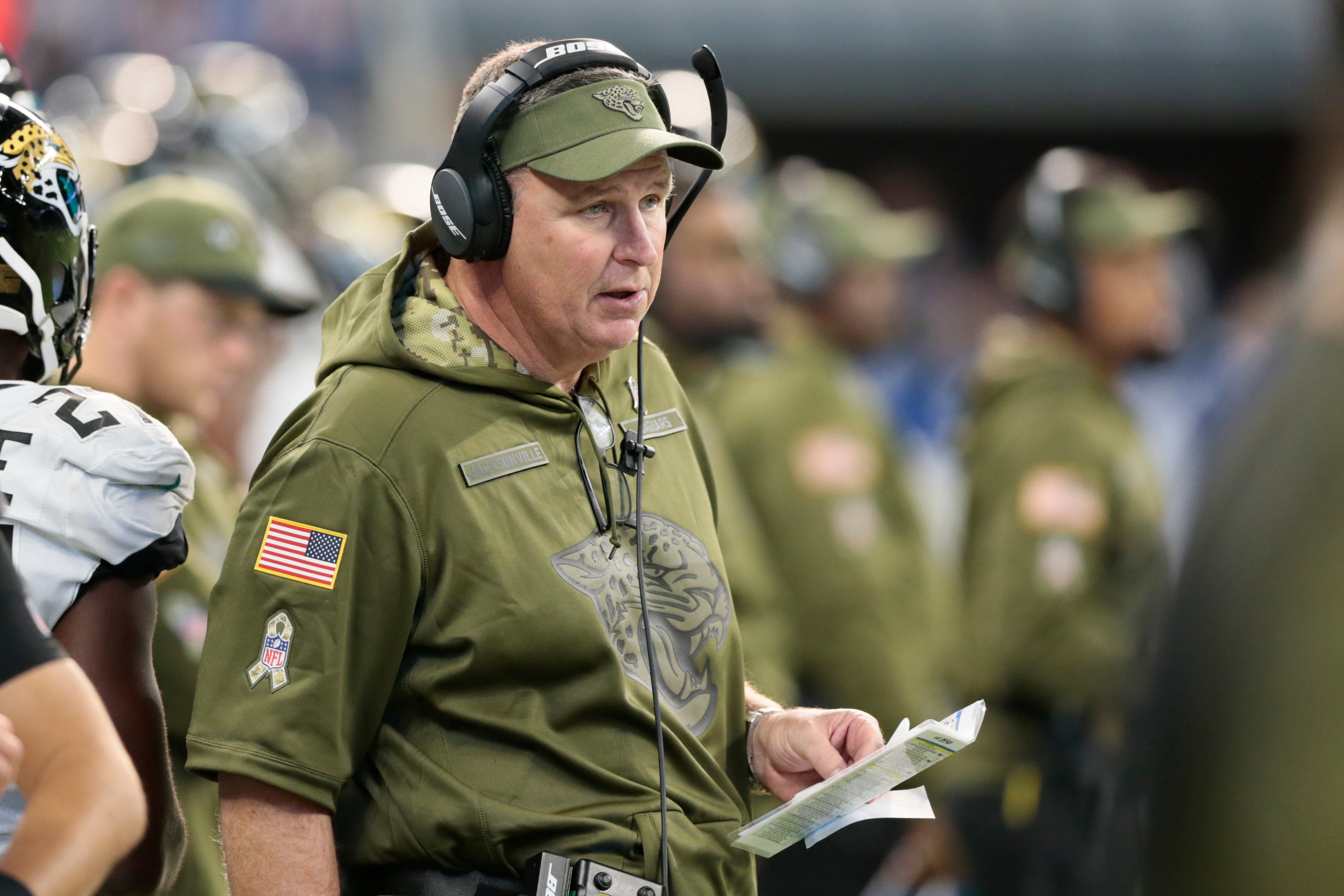 (AP) – The Jacksonville Jaguars fired coach Doug Marrone on Monday, a little more than 12 hours after ending the season with a 15th consecutive loss.

It was a move many thought owner Shad Khan should have made at the end of the 2019 season. But Khan gave Marrone another chance to make Jacksonville a playoff contender for the second time in four years.

Marrone came up well short of the owner’s expectations, making Khan’s decision easy and expected. It was the first time Marrone has been fired in three decades of coaching.

“I am committed and determined to deliver winning football to the City of Jacksonville,” Khan said in a statement. “Realizing that goal requires a fresh start throughout our football operations, and with that in mind I spoke this morning with Doug Marrone to express my gratitude for his hard work over the past four seasons as the head coach of the Jacksonville Jaguars.

“I’ll always appreciate Doug’s passion, grit and class, and I’m confident he will enjoy success in the next chapter of his career. As the search for our new general manager continues, now the quest begins to find a head coach who shares my ambition for the Jacksonville Jaguars and our fans, whose loyalty and faith are overdue to be rewarded.”

The Jaguars (1-15) canceled Marrone’s season-ending news conference scheduled for Monday and planned to make Khan available on a conference call.

Marrone went 24-43 in four seasons in Jacksonville, falling a few plays shy of the franchise’s first Super Bowl in 2017 and then miring near the bottom of the league since. The Jaguars dropped 21 of Marrone’s final 24 games, including 15 by double digits.

One reason Khan kept Marrone in place after firing general manager Dave Caldwell in late November was because he didn’t want an interim coach winning games and gaining support like Marrone did in 2016 and sticking around with much of the same staff. Khan essentially felt a clean sweep was needed.

Despite Jacksonville’s recent struggles, both jobs are generally considered the most attractive ones open. The Jaguars have five of the first 65 picks in the 2021 NFL draft, including the overall No. 1 selection, and nearly $100 million in salary cap space to help rebuild.

Clemson star quarterback Trevor Lawrence is considered a slam dunk to land in Jacksonville and serve as the centerpiece of the team’s latest rebuild.

Truth be told, Marrone didn’t have enough talent to turn things around in 2020. Of course, that was partly his own fault.

Khan fired personnel chief Tom Coughlin last December, essentially pinning the blame for the team’s struggles in 2018 and ’19 on its inaugural coach who failed to make a smooth transition to the front office.

Marrone and Caldwell were given the chance to fix everything Coughlin ruined in his second tenure in small-market Jacksonville. But they somehow made aspects of the operation worse.

It didn’t help that quarterback Gardner Minshew failed to mask any of the team’s deficiencies. After going 6-6 as a rookie in 2019, Minshew got a chance to be the unquestioned starter. Marrone and Caldwell felt like he earned the opportunity to prove he could be a long-term solution to the team’s long-time hole at the all-important position.

Minshew, though, was exposed as opponents essentially dared the sixth-round draft pick to beat them from the pocket. He couldn’t, basically showing why he was the 10th QB selected that year.

So now Jacksonville is back where it’s been for the better part of the last two decades: in desperate need of a franchise quarterback and starting over.