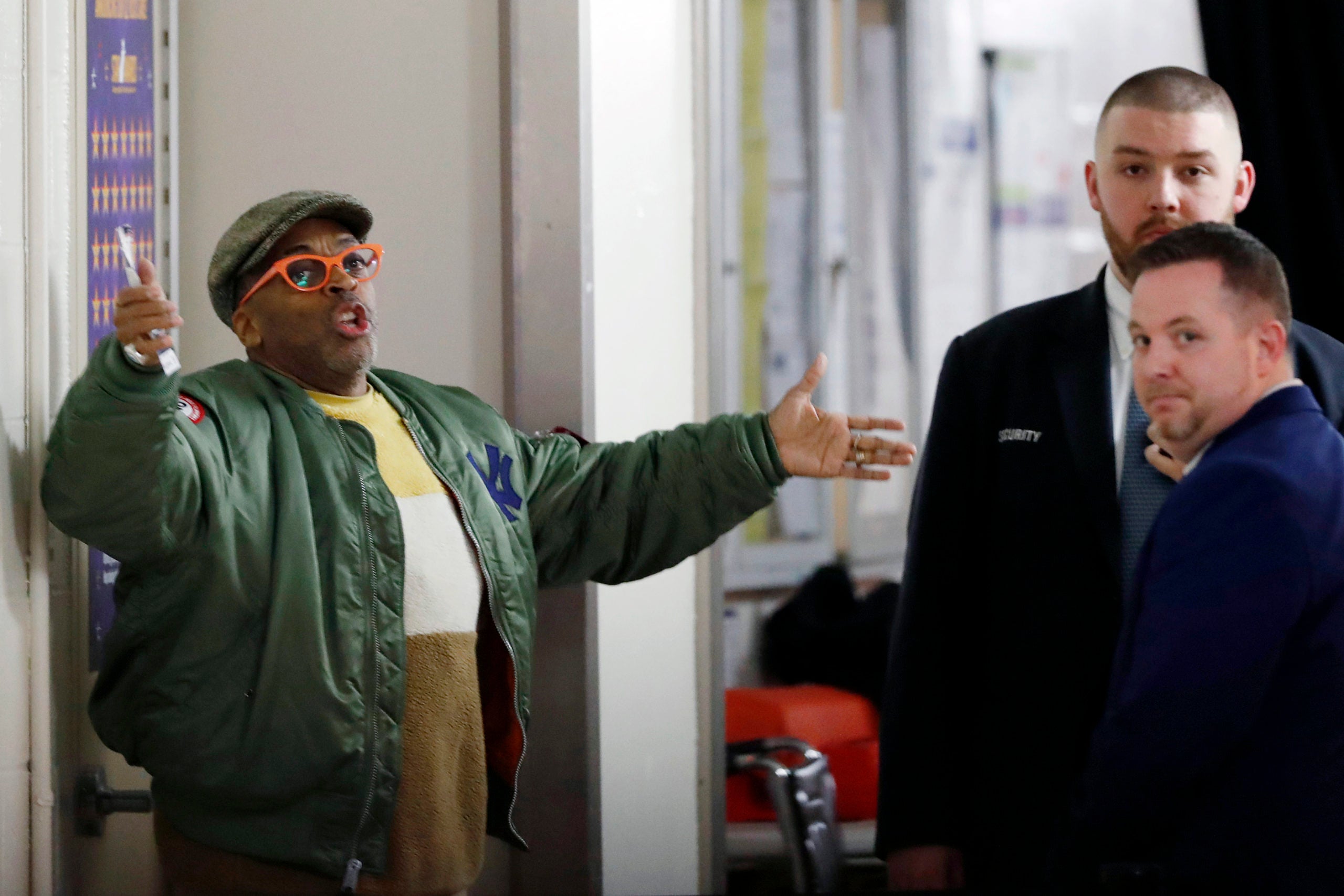 Director Spike Lee, left, gestures in a hallway on the event level at Madison Square Garden while arguing with security officers who didn't want to permit him to access his court side seat before the start of an NBA basketball game between the New York Knicks and the Houston Rockets in New York, Monday, March 2, 2020. Lee later spoke with Knicks owner James Dolan and security and was allowed to get to his seat to watch the game. (AP Photo/Kathy Willens)
by: BRIAN MAHONEY AP Basketball Writer
Posted: Mar 3, 2020 / 11:09 AM EST / Updated: Mar 3, 2020 / 11:09 AM EST

NEW YORK (AP) — Spike Lee still has his courtside seat, though the New York Knicks had to tell their superfan to find another way to get there.

The Knicks and Lee had a disagreement Monday night over which entrance the Oscar-winning writer-director could use, but the team did not eject him from Madison Square Garden during its game against the Houston Rockets.

A video circulated online during the game showing Lee getting frustrated and yelling at Garden security outside an elevator, leading to confusion that he may have been thrown out of the building.

However, a Knicks spokesman said that was untrue and that it was simply an issue of Lee using the wrong entrance.

Lee has long been one of the Knicks’ most visible and demonstrative fans. He spoke to Madison Square Garden executive chairman James Dolan at halftime to resolve the issue and was still in his sideline seat in the fourth quarter to watch the Knicks edge the Rockets 125-123.