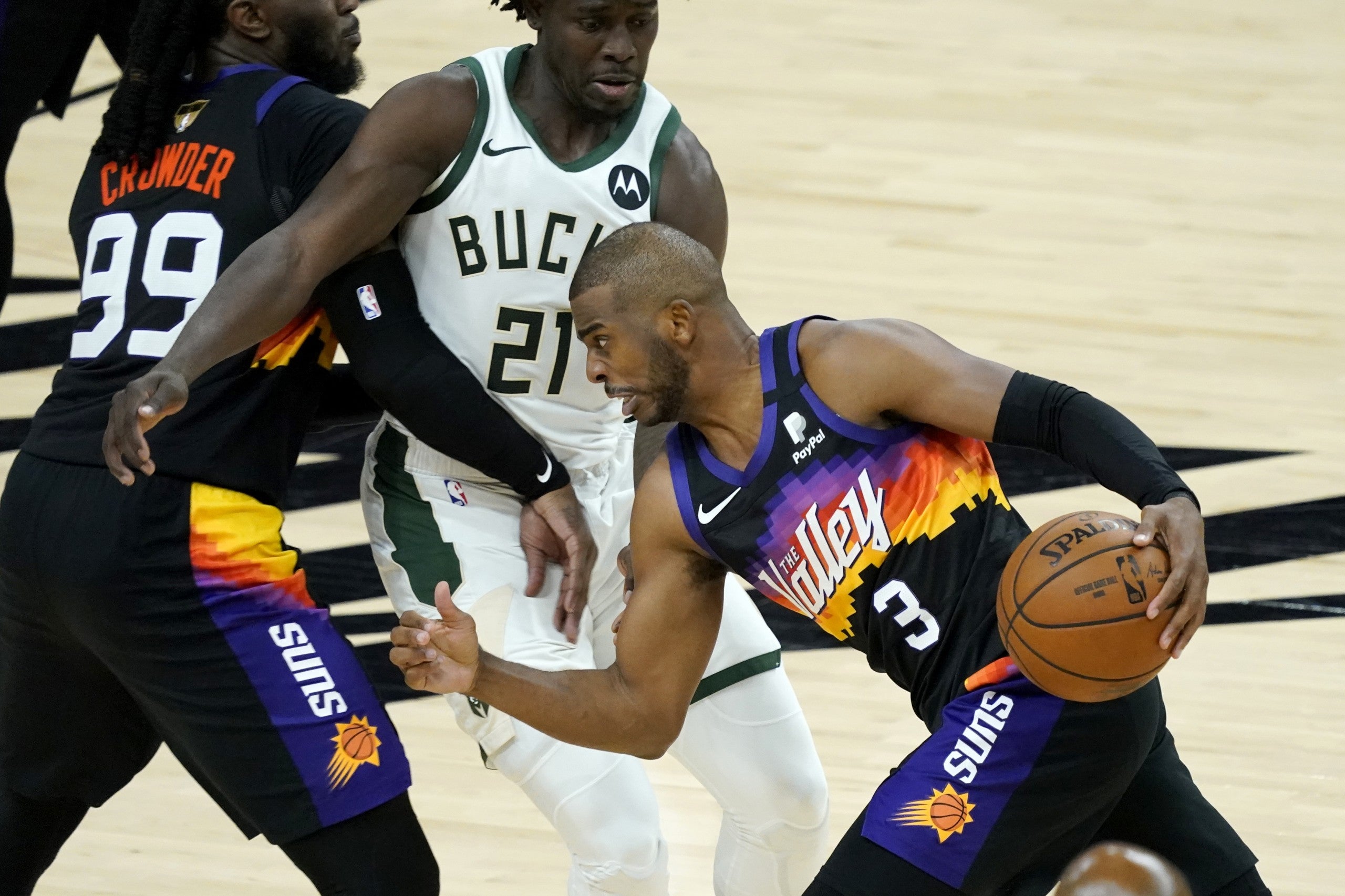 (AP) – Point guards were the immediate focus when the NBA’s free agency window opened Monday night, with Kyle Lowry headed to the Miami Heat, Lonzo Ball on his way to the Chicago Bulls while Chris Paul and Mike Conley landed lucrative deals to remain with their current teams.

Lowry and the agency that represents him, Priority Sports, said he was headed to the Heat. A person with knowledge of the deal said he would be signing a three-year contract worth nearly $30 million annually in what will become a sign-and-trade that sends Goran Dragic and Precious Achiuwa from Miami to Toronto. The person spoke to The Associated Press on condition of anonymity because nothing had yet been approved by the league.

Paul agreed to a contract to remain with the Western Conference champion Phoenix Suns, another person with knowledge of that deal said. It would be worth nearly $120 million if all four years are completed and would push Paul’s career earnings past the $400 million mark. He turned down a $44.2 million option for this coming season to negotiate a longer deal, and after the success the Suns had this season in their run to the NBA Finals it seemed doubtful that he would look to play elsewhere.

Conley agreed to a $73 million, four-year deal to remain with the Utah Jazz, the team that finished last season with the NBA’s best regular-season record and expects to bring back most of the same core for another run this season. Conley confirmed the signing on Twitter; a person confirmed the terms to AP.

Another top point guard, Derrick Rose, was returning to the New York Knicks on a three-year, $43 million deal, a person told AP.

The trend of big money for point guards on Monday continued even for players under contract for this coming season already. Atlanta’s Trae Young agreed to a five-year, $207 million extension that starts in 2022, Klutch Sports announced. And Golden State’s Stephen Curry is now eligible to sign a four-year extension that, if he takes the max value, would exceed $215 million.

The NBA’s window for talks opened at 6 p.m. EST Monday, and as has become tradition, it did not take long for handshake deals to commence. No new contracts can be signed until noon Eastern on Friday. The league set the salary cap for this coming season at $112.414 million, with the tax level at $136.606 million.

Miami made the biggest early splash, not just landing Lowry but agreeing to terms with 3-point specialist Duncan Robinson on a deal that would be worth nearly $90 million if all five years are completed. Robinson, a person with knowledge of the deal said, agreed to a contract where four years are guaranteed and the fifth is only so partially. The Heat also lured P.J. Tucker away from NBA champion Milwaukee; Tucker will make around $7 million this season in Miami and holds an option to remain there in 2022-23.

And Miami isn’t done: Not only is this the summer where Bam Adebayo’s five-year, $163 million contract agreed to last fall kicks in, but the Heat plan to finalize an extension that would be worth an average of roughly $45 million annually with Jimmy Butler later this week. Butler and the Heat cannot begin those talks until Friday at the earliest by league rule.

Lowry is leaving Toronto after nine seasons there and helping the Raptors win the 2019 NBA championship. Considered by many the greatest Raptor ever, it’s fitting that his last move with the team amounts to another assist — a sign-and-trade to make sure Toronto got some assets back instead of just seeing him leave as a free agent.

Ball will be acquired by the Bulls from New Orleans in a sign-and-trade deal worth $85 million, Klutch Sports announced. The deal, according to ESPN, also included sending Tomas Satoransky and Garrett Temple from Chicago to the Pelicans. Ball isn’t the only guard heading to Chicago; Alex Caruso is leaving the Los Angeles Lakers for the Bulls on a four-year deal worth a reported $37 million.

Some other deals struck Monday and confirmed to AP: