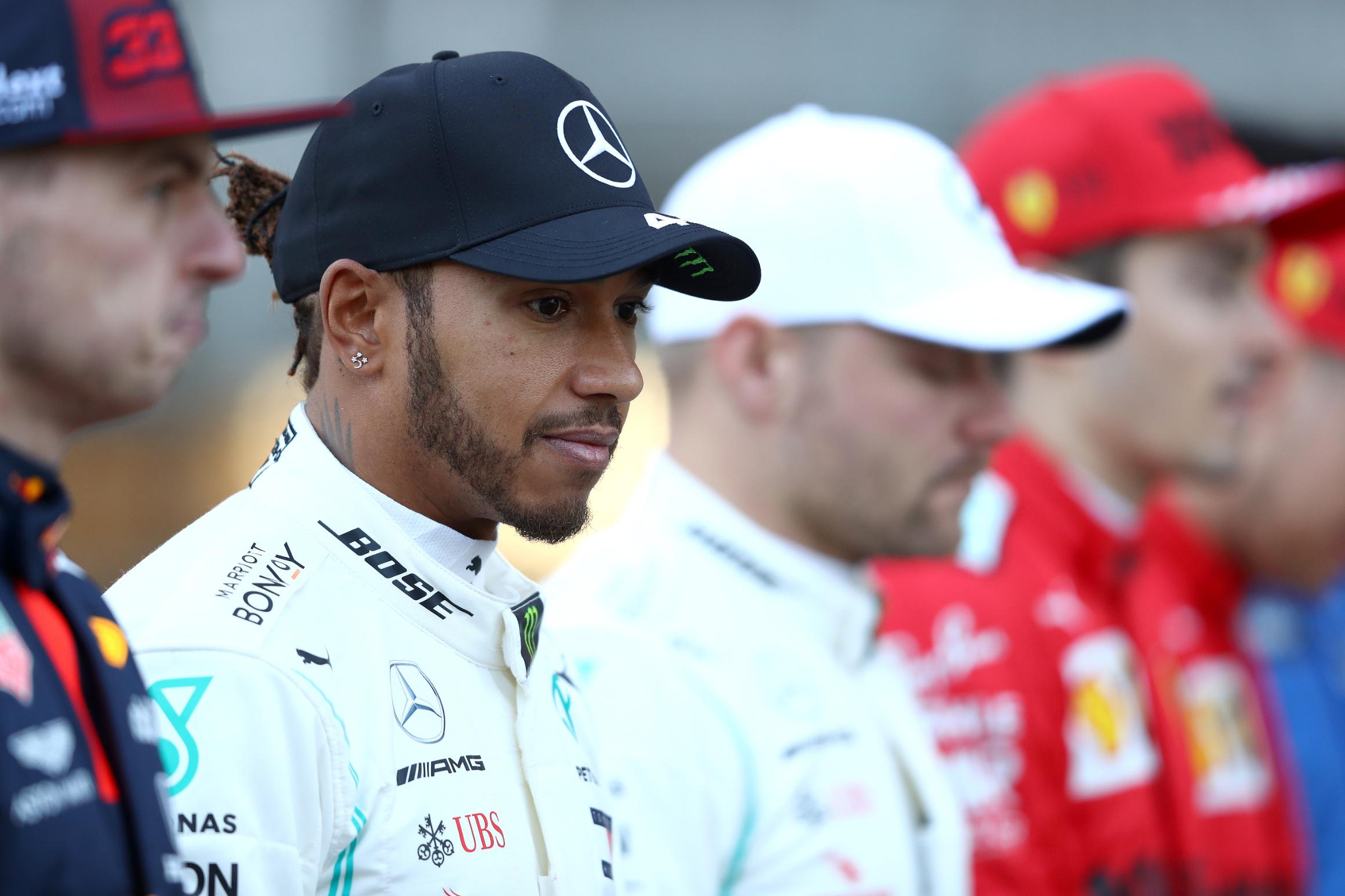 Since George Floyd's death last month, Formula One world champion Lewis Hamilton has been one of sport's most outspoken athletes in showing his support for the Black Lives Matter movement. (Provided Photo/Mark Thompson/Getty Images Europe/Getty Images via CNN)
by: Ben Morse, CNN
Posted: Jun 22, 2020 / 07:41 AM EST / Updated: Jun 22, 2020 / 07:41 AM EST

(CNN) — Since George Floyd’s death last month, Formula One world champion Lewis Hamilton has been one of sport’s most outspoken athletes in showing his support for the Black Lives Matter movement.

“Went down to Hyde Park today for the peaceful protest and I was so proud to see in person so many people of all races and backgrounds supporting this movement,” the 35-year-old said.

“I was proud to be out there acknowledging and supporting the Black Lives Matter movement, and my Black heritage. I was so happy to see people of all ages, sporting Black Lives Matter signs and saying it just as passionately as I was.

“I was also happy to see so many White supporters out there today in the name of equality for all. It was really moving. I’m feeling extremely positive that change will come, but we cannot stop now. Keep pushing.”

The six-time world champion also announced on Sunday that he plans to set up a commission in his name to increase diversity in motorsport.

Together with the Royal Academy of Engineering, The Hamilton Commission will hope to make “real, tangible and measurable change.”

“We want to hear from the young people and graduates who deal with these challenges every day and we are in the process of bringing on additional partners who work on the ground in Black communities to bring first-hand perspective,” Hamilton wrote in a column for the Sunday Times.

“In addition, we want to bring in leaders from policy and business who are committed to leading on the activation of research recommendations. The time for platitudes and token gestures is over.”

He also called on the F1 community to speak out against racism following the death of Floyd, with his message prompting several drivers to issue anti-racism messages.

On an Instagram story on Sunday, he criticized others for remaining silent.

“Speak out to help us bring awareness to the injustices and prejudices that Black people and people of color face on a daily basis, and have been facing for hundreds of years.

“We cannot be silent today! We need your voice. We need you to get out of your comfort zone and support us by being anti-racist and letting people know where you stand in this fight.

“Encourage your family, friends and colleagues so we can continue to make change!”

F1 announced on Monday the start of its own #WeRaceAsOne initiative, set up to tackle “the biggest issues facing the sport and global communities — the fight against COVID-19 and the condemnation of racism and inequality.”

With the F1 season set to start with a doubleheader in Austria, rainbows will be displayed on cars and around the track to thank key workers and “visual displays” will reflect anti-racism support.

Through his commission, Hamilton hopes to showcase how motorsport “can be used as a vehicle to engage more young people from Black backgrounds with Science, Technology, Engineering and Mathematics (STEM) subjects and, ultimately, employ them on our teams or in other engineering sectors.”

Hamilton said the fight against racism “is not a new battle for me.”

“I’ve been fighting the stigma of racism throughout my racing career — from kids throwing things at me while karting, to being taunted by fans in blackface at a … grand prix, one of my first Formula One races,” he continued.

“I’m used to being one of very few people of color on my teams and, more than that, I’m used to the idea that no one will speak up for me when I face racism, because no one personally feels or understands my experience. Most of the time, they don’t even see it and if they do, they let their fear of saying the wrong thing get in the way.

“The unchanged makeup of the F1 community throughout my career makes it feel like only a certain type of person is truly welcome in this sport, one who looks a certain way, comes from a certain background, fits a particular mold and plays by certain unwritten rules.

“Even now, the media ask me different questions than they do my competitors and make accusations directly and indirectly — you’re not British enough, not humble enough, not loved enough by the public.”