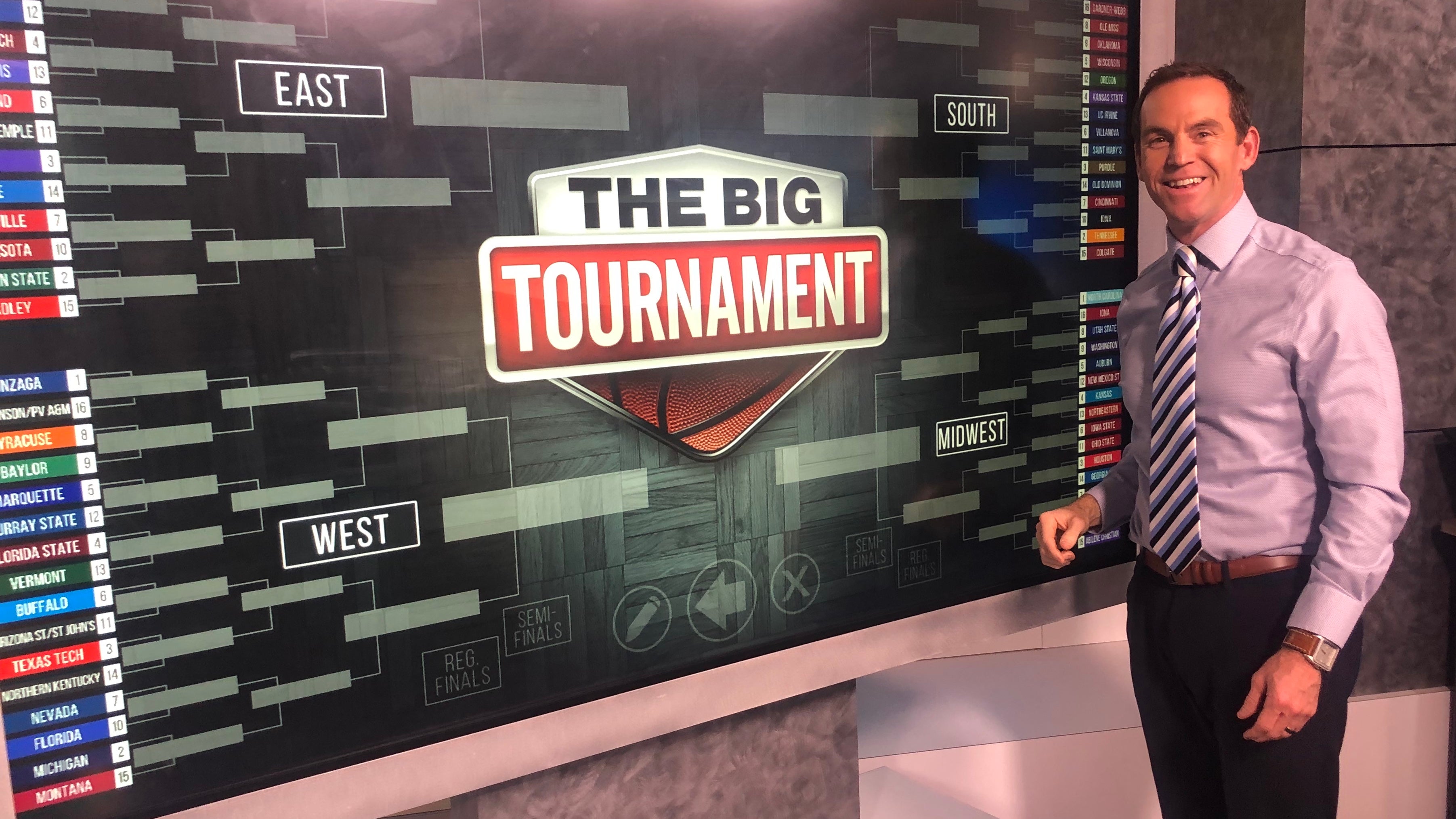 COLUMBUS, Ohio (NEXSTAR) – The madness is here, and we’re taking you live around the country before tip off for the 2019 NCAA Men’s Basketball Tournament first and second round games starting today at noon EST.

Columbus-based sports director Jerod Smalley is set to host The Big Tournament, a live digital streaming show featuring an interactive touchscreen bracket on the Big Tournament Big Board and live reports from all eight venues where the top NCAA men’s basketball teams will face off for the first and second round games.

“We have a very cool way to do it with our Big Board. Every team is listed on our screen,” Smalley said. “We’ll go in and tell you team by team what their information is.”

Then, we’ll have a little bit more fun, as Jerod goes through the brackets to show you who he thinks will advance.

“We can show people the tournament in a way they haven’t seen very often,” Smalley explained. “We’ll be checking in with reporters from all across the country at the eight different venues.”

Click here for more coverage from the Big Tournament.