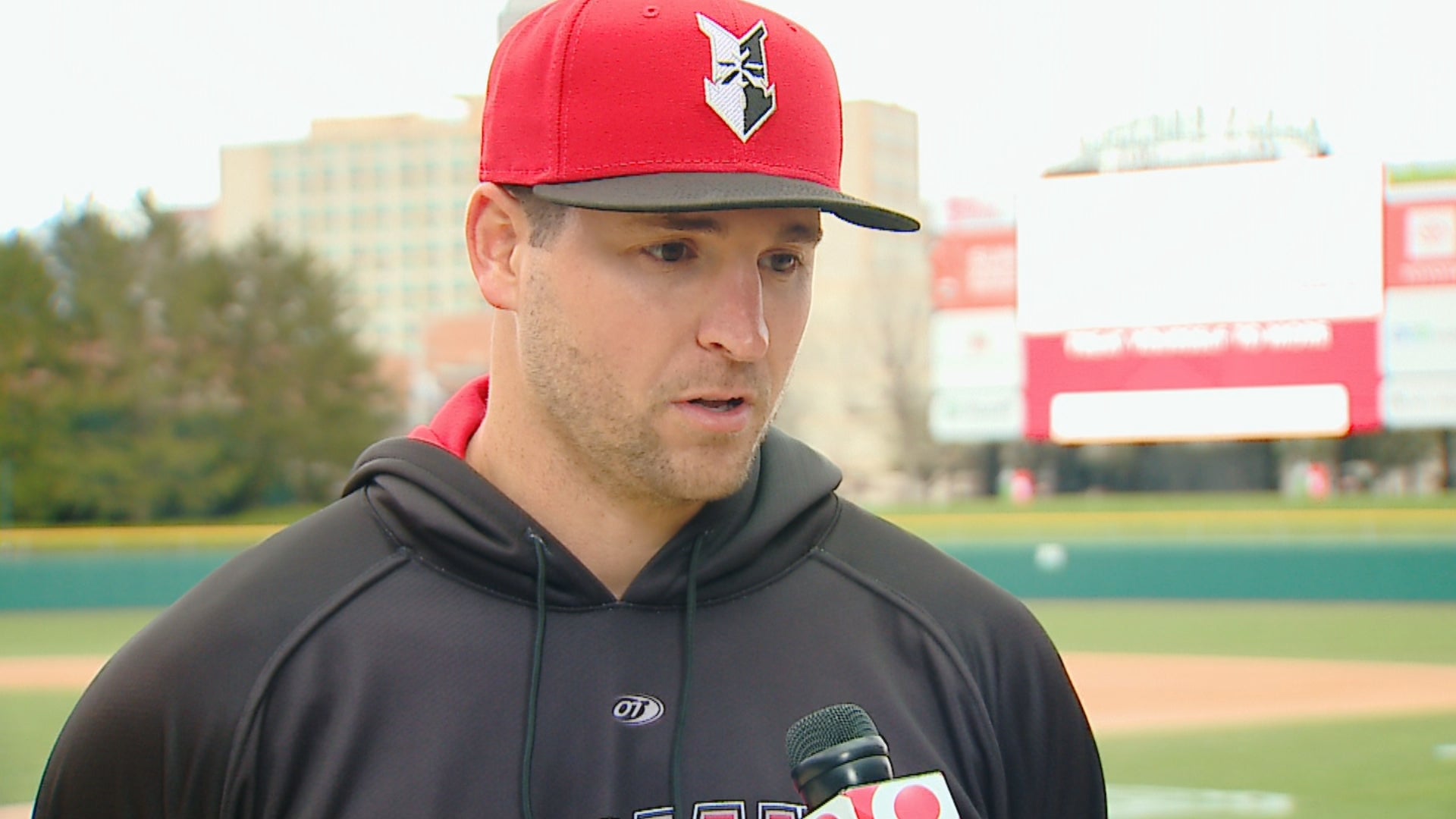 Mater Dei High School teammates Jerad Eickhoff and Hunter Owen will find themselves on the same infield at Victory Field this summer.

31 year old Jerad Eickhoff is back in his home state, playing in Indiana for the first time in over a decade.  The RHP has spent the last 11 years playing professionally, most notably 5 seasons where he threw in 80 games for the Phillies. But after several years of battling injuries, Eickhoff has landed with Pirates organization. “Last time I was at this field, I was a sophomore in high school and was traveling with the State team,” said Eickhoff.  “So that’s, yeah, it’s pretty, pretty exciting, kind of a crazy, full circle experience.”

Eickhoff has battled injuries throughout his career, but remains committed to the game and a return to the big leagues. “It’s been a trying couple of years,” he says. “But like I said, I’m going to keep, you know, keep lacing them up. And if I get an opportunity, I’m going to keep keep playing. And, you know, the pirates came along very quickly in the offseason. And like I said, the opportunity was there. So that was, that was very enticing for me. And like I said, I have a jersey of another chance, another opportunity.”

Eickhoff and Owen are two of only three big leaguers to ever graduate from Mater Dei, a tiny high school in southern Indiana. And, in Eickhoff’s first start for Indianapolis, his former high school teammate, was just over at third base.”

“I was super excited to hear about Jared sign with us,” said Owen. “And I think as soon as I found out, I texted him immediately because, you know, Jared has been the kind of dude that’s always worked his butt off. And, you know, his work ethic has been, you know, super admirable and somebody that I’ve really liked to kind of model my work ethic after.”

That eventually paid off for Owen, who was a 2016 25th-round draft pick by Pittsburgh, but finally made his big league debut last May.

“Having your paths cross in baseball is kind of wild, and especially since we went to high school together, so it was really exciting,” said Owen.

So for now, it’s back to work in Indy, where the pair of Wildcats wait for another call up – together.