Medvedev ends Djokovic’s bid for year Slam at US Open 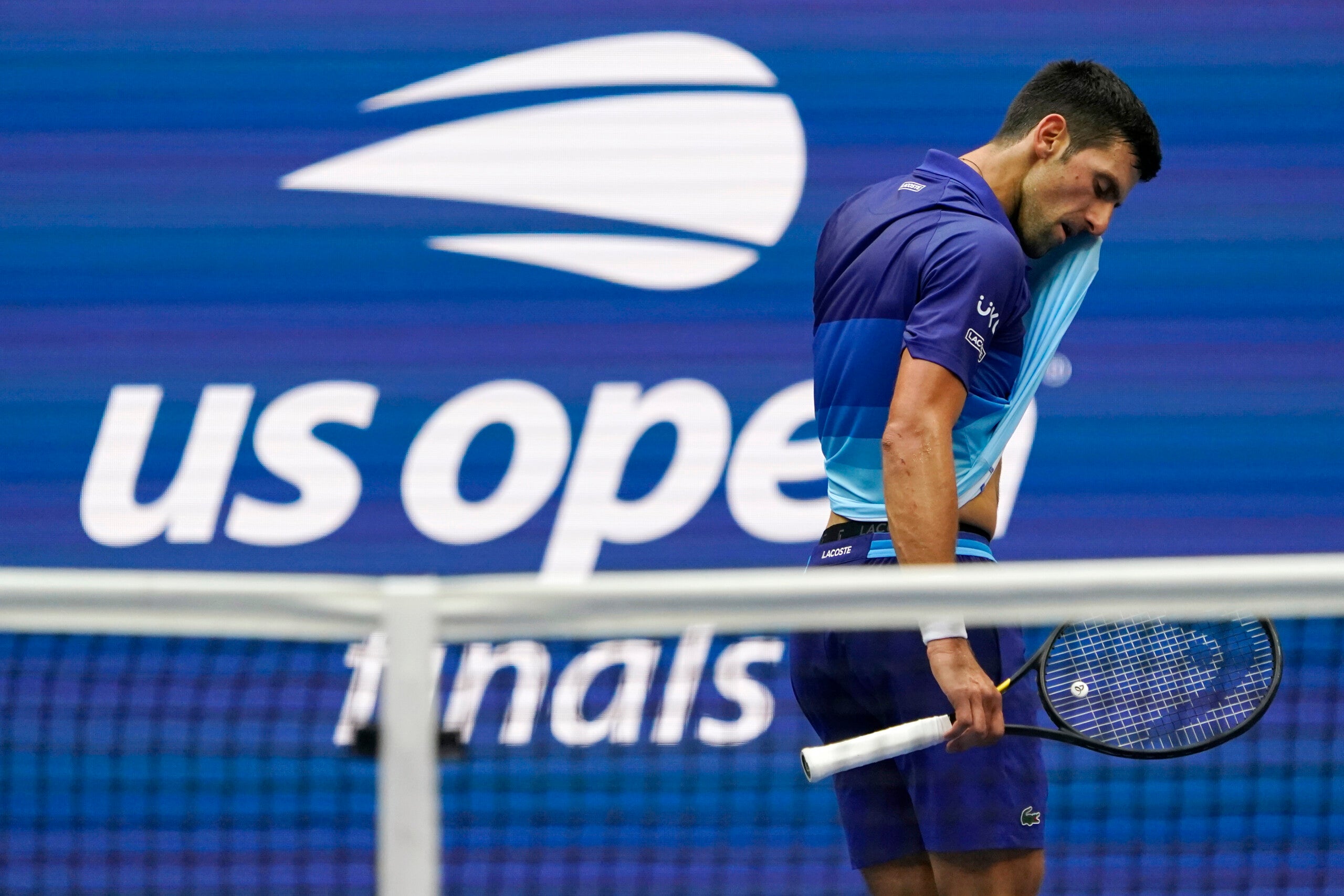 NEW YORK (AP) — Novak Djokovic’s bid for the first calendar-year Grand Slam in men’s tennis since 1969 ended one victory short with a 6-4, 6-4, 6-4 loss to Daniil Medvedev in the U.S. Open final on Sunday.

Medvedev’s surprisingly lopsided triumph gave him his first major championship and prevented Djokovic from winning what would have been the record 21st of his career.

The No. 1-ranked Djokovic entered this match 27-0 in 2021 at the sport’s four most important tournaments, enduring the burdens of expectations and pressure that came along with his two-track pursuit of history over the past seven months and, in New York, the past two weeks.

He beat Medvedev in the Australian Open final on a hard court in February, then added titles on clay at the French Open in June and Wimbledon on grass in July.

But Djokovic, a 34-year-old from Serbia, couldn’t get to 28-0. He simply was far from his best on this particular day.

He made mistakes, 38 unforced errors in all. He wasn’t able to convert a break chance until it was too little, too late. He showed frustration, too, destroying his racket by pounding it three times against the court after one point, drawing boos from the Arthur Ashe Stadium crowd and a code violation from the chair umpire.

A lot of Djokovic’s issues had to do with the No. 2-ranked Medvedev, who used his 6-foot-6 (1.98-meter) frame to chase down everything and respond with seemingly effortless groundstrokes — much the way Djokovic wears down foes — and delivered pinpoint serving.

Djokovic reached his record-equaling 31st Grand Slam final with six victories on the hard courts of Flushing Meadows. But he could not quite get the last one he needed.

He remains tied with Roger Federer and Rafael Nadal with 20 major titles.

And the last man to sweep a season’s singles trophies at the Slams remains Rod Laver, who did it twice — in 1962 and 1969 — and was in the stands Sunday. The last woman to accomplish the feat was Steffi Graf in 1988.

Instead, Djokovic joins Jack Crawford in 1933 and Lew Hoad in 1956 as men who won a year’s first trio of Grand Slam tournaments and made it all the way to the U.S. Open final before losing.