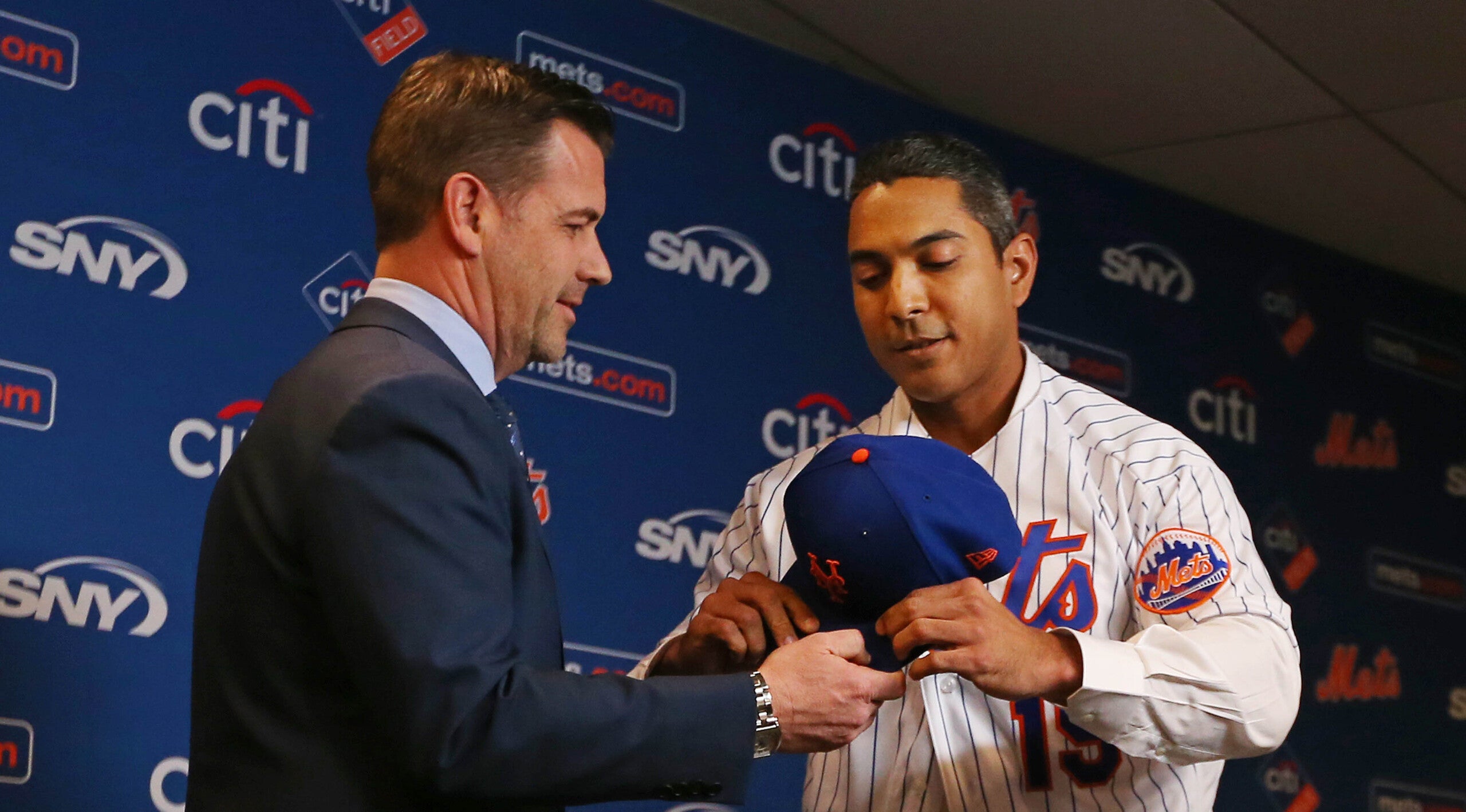 NEW YORK (AP) — New York Mets general manager Brodie Van Wagenen and many of his top aides are out, moves announced less than an hour after hedge fund manager Steve Cohen completed his $2.4 billion purchase of the team Friday.

The status of senior vice president and senior strategy office John Ricco was not mentioned.

Alderson, not Cohen, announced the baseball staff departures and said he had started the process of building a leadership staff.

“This is a significant milestone in the history of this storied franchise,” Cohen said in a statement. “The 2021 season is right around the corner and we’ve got a lot of work to do, so I’m excited to get started.”

Van Wagenen was a player agent and co-head of CAA Baseball before Wilpon hired him to replace Alderson after the 2018 season. The Mets went 86-76, finishing third in the NL East. and Van Wagenen fired manager Mickey Callaway and replaced him with Carlos Beltrán.

But when Beltrán was implicated in January by baseball Commissioner Rob Manfred in the Houston Astros sign stealing scandal during Beltrán’s final season as a player in 2017, Beltrán lost his job within days without managing a game and was replaced by qualify control coach Luis Rojas. New York went 26-34 and missed the expanded playoffs.

Fired Astros GM Jeff Luhnow, who completed a season-long suspension last week, could be a candidate for the analytics-oriented Cohen.

Many of Van Wagenen’s moves failed to work out, including acquiring second baseman Robinson Canó and signing free agents Todd Frazier and Jed Lowrie. All three were among this former clients.

Cohen’s purchase, approved 26-4 by baseball owners on Oct. 30, is worth $2.4 billion to $2.45 billion. It is a record price for a baseball team, topping the $2 billion sale of the Los Angeles Dodgers from Frank McCourt to Guggenheim Baseball Management in 2012.

An entity controlled by Cohen owns 95% of the franchise, and the Wilpon and Katz families retain 5% of the team.

Cohen pledged to inject about $9.5 million in additional payments this offseason for pandemic-hit employees.

The 64-year-old Cohen is CEO and president of Point72 Asset Management. He first bought an 8% limited partnership stake in the Mets in 2012 for $40 million.

The publisher Doubleday & Co. bought the Mets on Jan. 24, 1980, from the family of founding owner Joan Payson for $21.1 million, with the company owning 95% of the team and Fred Wilpon controlling 5%.

When Doubleday & Co. was sold to Bertelsmann AG, the publisher sold its shares of the team on Nov. 14, 1986, for $80.75 million to Fred Wilpon and Nelson Doubleday, who became 50-50 owners. That sale happened weeks after the Mets won their second World Series title following the surprise championship by the 1969 Miracle Mets.

Fred Wilpon and his Sterling Equities partners headed by brother-in-law Saul Katz completed his buyout of Doubleday on Aug. 23, 2002, ending what had become an acrimonious partnership. Under the original appraisal, Doubleday would have received $137.9 million — half the team’s $391 million value after accounting for debt. Wilpon sued, and the sides then settled.

Jeff Wilpon, Fred’s son, became chief operating officer. The Mets failed to win any titles under the Wilpons’ time of sole control and their final dozen years were hampered by financial losses from the Bernard Madoff Ponzi scheme.

Cohen controlled SAC Capital Advisors, which in 2013 pleaded guilty to criminal fraud charges. SAC agreed to pay a $900 million fine and forfeit another $900 million to the federal government, though $616 million that SAC companies had already agreed to pay to settle parallel actions by the U.S. Securities and Exchange Commission was to be deducted from the $1.8 billion.