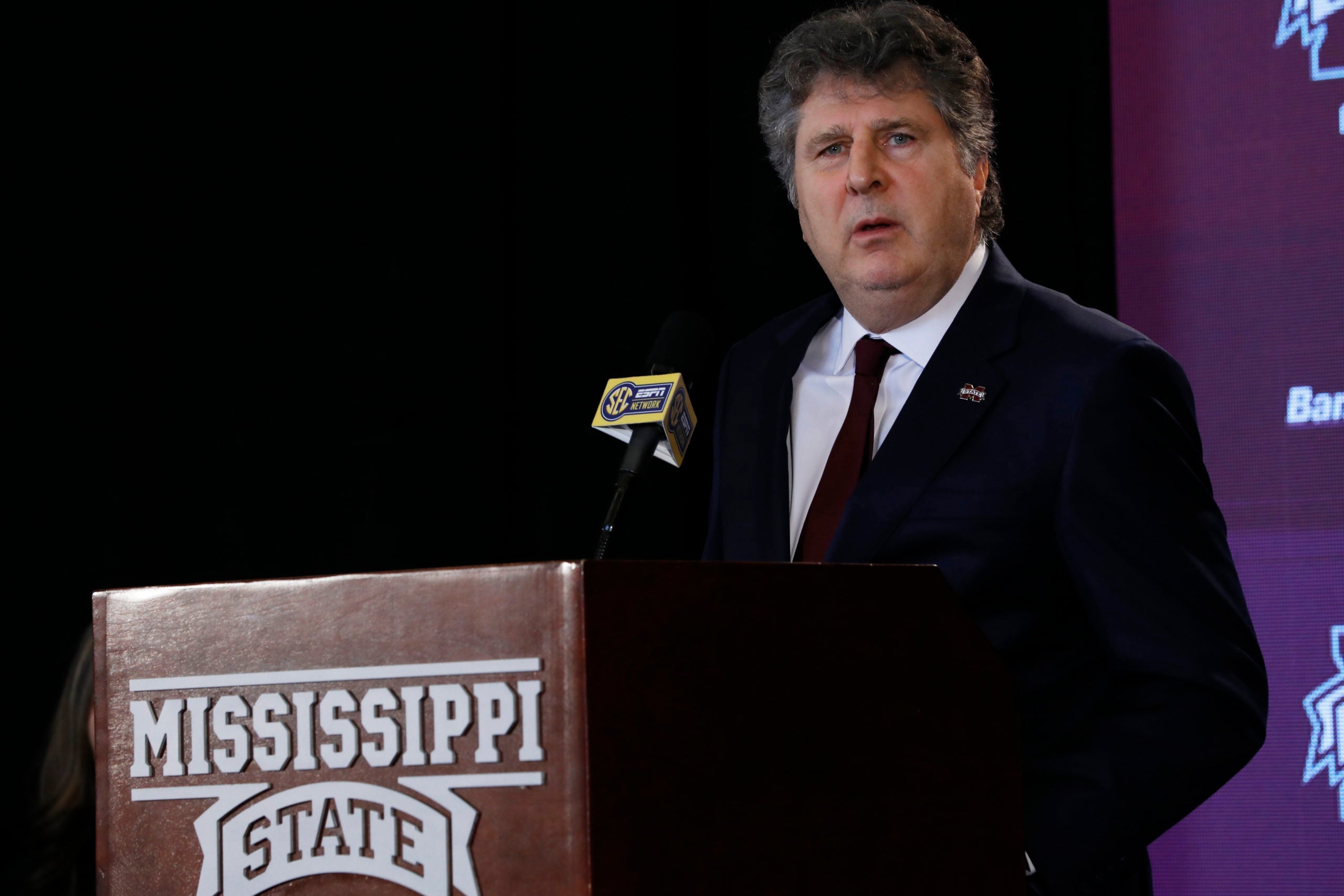 FILE - In this Jan. 10, 2020, file photo, new Mississippi State football coach Mike Leach, speaks before reporters and school supporters at the university in Starkville, Miss., after being officially introduced as the head coach. Leach apologized Thursday, April 2, 2020, for a tweet that displayed a meme of a woman knitting her husband a noose as they were self-quarantined. Leach removed the tweet, which was posted Wednesday night. He posted on Twitter that he didn’t mean to offend anyone. (AP Photo/Rogelio V. Solis, File)
by: Associated Press
Posted: Apr 3, 2020 / 04:25 AM EST / Updated: Apr 3, 2020 / 04:25 AM EST

STARKVILLE, Miss. (AP) — Mississippi State football coach Mike Leach has apologized on social media for posting a tweet that drew criticism from Bulldogs players and an assistant professor at the school before it was deleted.

The outspoken coach on Wednesday night tweeted a picture depicting an elderly woman knitting, the Clarion Ledger in Jackson, Mississippi, reported. The caption read, “After 2 weeks of quarantine with her husband, Gertrude decided to knit him a scarf…”, but the picture showed her knitting a noose with the hangman’s knot already tied, the newspaper reported.

Leach’s tweet had more than 4,000 likes on Thursday morning, the newspaper said. But several MSU players responded to the post with face-palm and raised-eyebrow emojis and a profane acronym, the newspaper reported. Mississippi State assistant sociology professor and author Margaret A. Hagerman chastised Leach and wrote that lynching jokes are incredibly offensive anywhere and “especially in Mississippi.”

Leach deleted the tweet sometime Thursday morning, according to the newspaper. He apologized in a post that read: “I sincerely regret if my choice of images in my tweets were found offensive. I had no intention of offending anyone.”

The 59-year-old Leach was hired in January to replace Joe Moorhead after coaching at Washington State for eight seasons. Before that, Leach was Texas Tech’s coach from 2000-09.