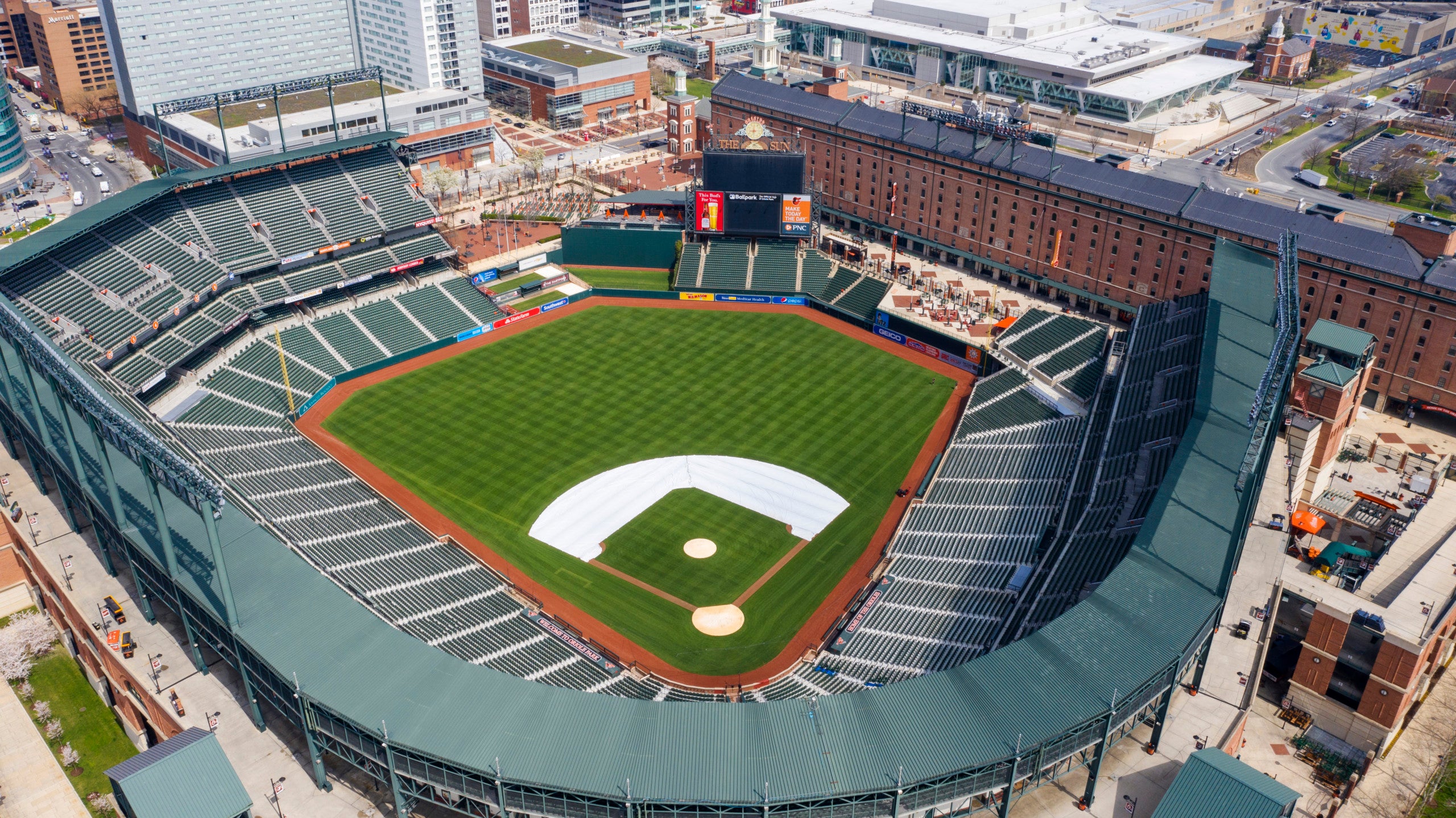 FILE - In this Thursday, March 26, 2020, file photo, Oriole Park at Camden Yards is closed on what would've been Opening Day in Baltimore, Md. Whenever baseball returns because of the coronavirus pandemic, there's an element that might come into play like never before: the sound of silence. (AP Photo/Steve Helber, File)
by: David Close and Allen Kim, CNN
Posted: Jun 8, 2020 / 04:00 PM EST / Updated: Jun 8, 2020 / 04:01 PM EST

(CNN) — Major League Baseball is proposing a 76-game season in the league’s latest idea to save the 2020 season, per ESPN. The report details the latest proposal by the owners sent to the players union Monday morning.

ESPN, citing an unnamed source familiar with the negotiations, says in addition to a shortened season, the players would receive 75% of their prorated salaries.

MLB teams typically play 162 regular season games. Opening day for the the 2020 MLB season was originally slated to start on March 26 before the pandemic delayed the start of the season indefinitely.

Neither MLB or MLBPA have responded to CNN’s request for details or comment.

On May 14th, MLB Commissioner Rod Manfred appeared on CNN and expressed hope that a new season could be salvaged. Manfred said, “I think it’s hopeful that we will have some Major League Baseball this summer…Me, personally, I have great confidence that we’ll reach an agreement with the players association both that it’s safe to come back to work and work out the economic issues that need to be resolved.”

When asked about the economic impact if there was no MLB baseball this season, Manfred told CNN it would be “devastating” and could result in losses approaching $4 billion.