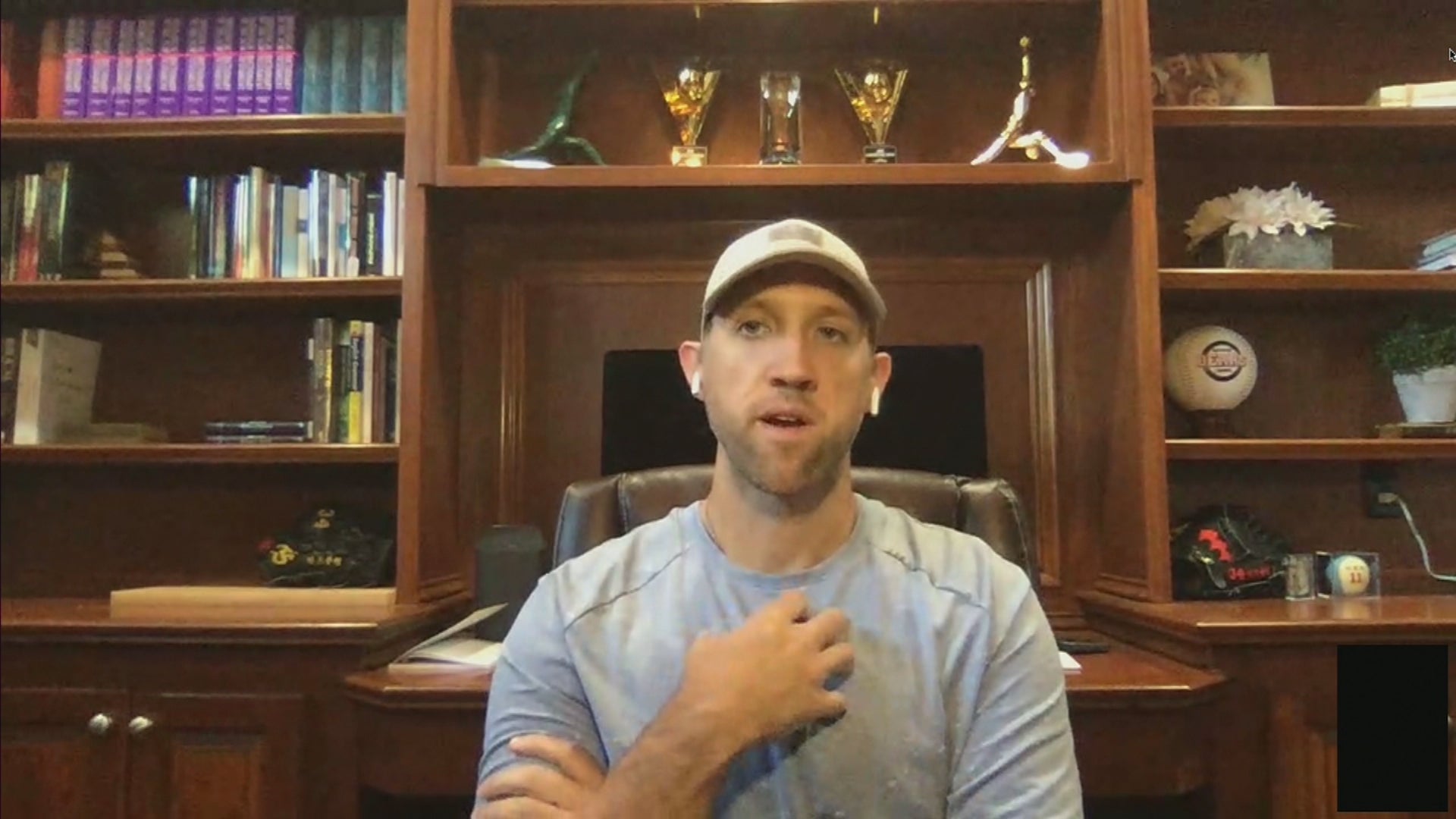 INDIANAPOLIS (WISH) — The crack of a bat, the bark of an umpire, and a home-run call: all sounds that can only mean one thing — America’s pastime is back! But for now, it’s happening thousands of miles away, in South Korea.

“It’s amazing how baseball is a universal language and I think that’s something that everybody right now can get behind. And picking a team and rooting for a team, having your favorite player,” said West Lafayette native and professional baseball player, Josh Lindblom.

Lindblom is currently a pitcher for the Milwaukee Brewers, but he spent part of his career in Indy and most recently in South Korea. So, while he waits for the MLB to get going, he’s breaking down his old league as an analyst on ESPN.

“It’s only comparable, I’d say to the college football in the U.S,” he said. “You have cheerleaders, you have fans that are singing songs throughout the course of the entire game. And everybody, you know, everybody talks about the bat flips.”

People all around the world are jumping on the KBO bandwagon, because fans are desperate to watch the first live event in months, even desperate enough to trade a ballpark hot dog for a cup of coffee, because KBO broadcasts start as early as 2 a.m. in the United States.

“Baseball unites us and you see the way that people genuinely love the game of baseball and they all come together and, uh, play against each other,” said Lindblom.

As the MLB begins to make plans for Opening Day in early July, Lindblom thinks the KBO has laid a nice road map for baseball’s return in America.

“It gives me hope, that we can play, we can play without fans,” Lindblom added, “And then I think as players, we need to make sure that fans are not feeling left out and maybe in this time is a way that we can connect with fans even more.”