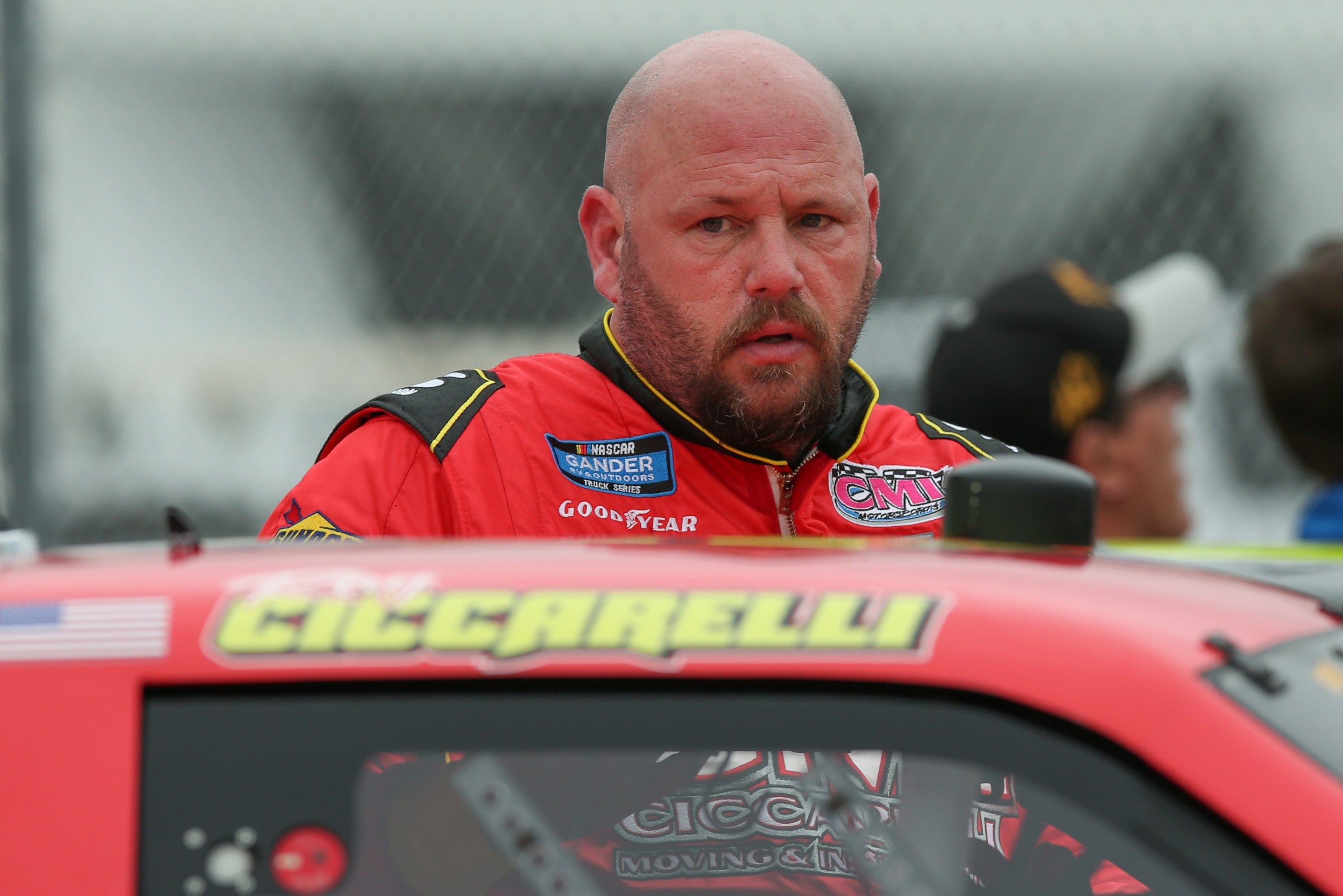 (CNN) — When NASCAR announced that it would be banning the flying of the Confederate flag at races, one little-known driver decided that this season would be his last.

Ray Ciccarelli, a part-time driver of the NASCAR Gander RV & Outdoors Truck Series, spoke out against NASCAR’s decision in a widely read Facebook post on Wednesday, saying he wouldn’t return after the 2020 racing season is over, citing the company’s decision to ban the flag.

“Well its been a fun ride and dream come true but if this is the direction Nascar is headed we will not participate after 2020 season is over , i don’t believe in kneeling during Anthem nor taken ppl right to fly what ever flag they love,” Ciccarelli, 50, wrote on Facebook.

He added, “I could care less about the Confederate Flag but there are ppl that do and it doesn’t make them a racist all you are doing is f—— one group to cater to another and i ain’t spend the money we are to participate in any political BS!! So everything is for SALE!!”

Neither Ciccarelli nor his team CMI Motorsports responded to a request for comment from CNN. A PR person previously listed as a contact for CMI said she was no longer with the company. The company’s Twitter account was deleted sometime between Wednesday and Thursday afternoons.

Previously, it said Ciccarelli was due to “return to the drivers seat in the No. 83 CMI Properties / Osage Contractors Chevy” at the Homestead-Miami Speedway this weekend, but Fox Sports reporter Alan Cavanna tweeted Ciccarelli had withdrawn from the event.

NASCAR banned the Confederate flag from events two days after Bubba Wallace, the only full-time African American driver in NASCAR’s Cup Series, went on CNN on Monday night and called for its removal.

“No one should feel uncomfortable when they come to a NASCAR race. It starts with Confederate flags,” Wallace told CNN’s Don Lemon. “Get them out of here. They have no place for them.”

Wallace raced in an all-black car on Wednesday with the words “#blacklivesmatter” on it, and wore a shirt that said “I Can’t Breathe” on it in honor of George Floyd, the man killed by Minneapolis Police on May 25, which sparked nationwide unrest and protests in cities across the US. Thousands have marched to call for an end to racial discrimination and police brutality.

“The presence of the Confederate flag at NASCAR events runs contrary to our commitment to providing a welcoming and inclusive environment for all fans, our competitors and our industry,” NASCAR said in a statement before its race Wednesday night in Martinsville, Virginia.

“Bringing people together around a love for racing and the community that it creates is what makes our fans and sport special. The display of the Confederate flag will be prohibited from all NASCAR events and properties.”

NASCAR runs three national series — Cup, Xfinity and trucks — and its race in Martinsville was held without fans in the stands due to state restrictions implemented to limit the spread of Covid-19.