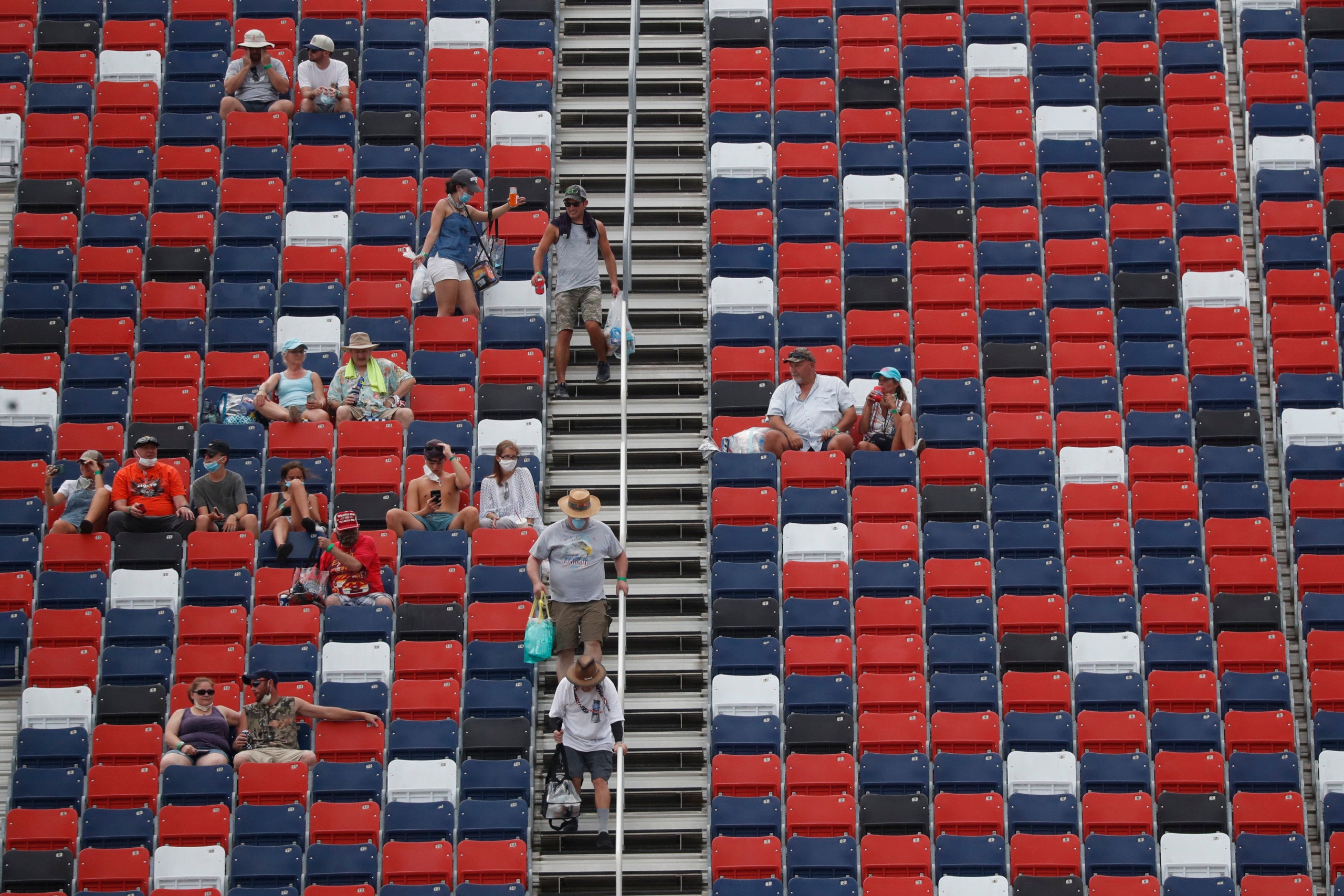 TALLADEGA, Ala. (AP) — It was hardly an ordinary race day at Talladega Superspeedway, even before the lousy weather.

The normal hordes of partying fans were nowhere to be seen. The Confederate flags were harder to find, too — except for a plane circling above the track with the message “Defund NASCAR” trailing behind the flag.

It was a double-whammy of change for Sunday’s Cup series race. Only 5,000 fans were allowed in because of the coronavirus pandemic, with up to 44 RVs — and the Confederate flags that once flew openly around the infield and stands are now banned. NASCAR hasn’t disclosed how it will handle fans flying flags.

The start was delayed by heavy rain and lightning.

“We were driving up and not seeing … We usually camp over here. There’s nobody here and you can’t bring a beer cooler in. It’s going to be a little bit different.”

Fans had to go through screening and wear masks to get in for the race, though a few were walking around inside without theirs on. But lines seemed to flow quickly and the sun was shining until about an hour before the race, when rain and lightning started.

Bathrooms had arrows directing patrons which way to enter or exit, and attendants held signs urging them to “please wear your masks.”

Confederate flags weren’t absent altogether from the scene, even beyond the plane flying overhead.

A pickup truck with Confederate flags flying from the back tooled around Speedway Boulevard. Ed Sugg’s merchandise tent flew them prominently in a display alongside Trump for 2020 banners and an American flag.

“They’re doing very well,” said the Helena, Alabama resident, who has been selling an array of wares at NASCAR races for 21 years. “People are disappointed that NASCAR has taken that stance. It’s been around for as long as all of us have been. I don’t think anybody really connects it to any kind of racism or anything. It’s just a Southern thing. It’s transparent. It’s just a heritage thing.”

But Radvansky, who started coming to Talladega in the 1990s when his father parked cars at races, disagreed. He applauded NASCAR’s decision to ban the Confederate flags.

“I don’t think there’s a place for it in NASCAR, to be honest with you,” the 32-year-old said. “That doesn’t sit well with all the good ole boys but it is what it is.”