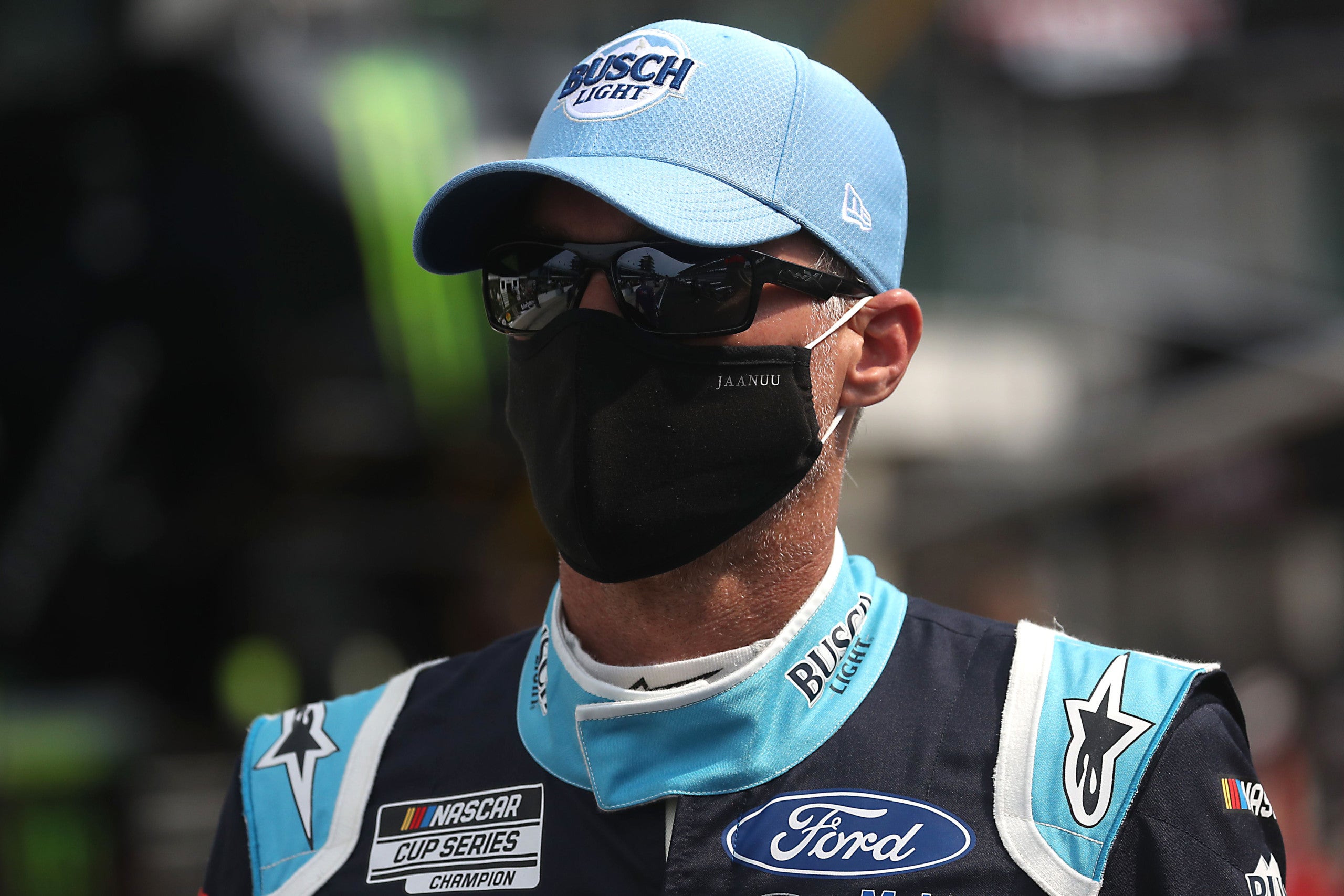 INDIANAPOLIS (WISH) — After a late start due to lightning and a number of stops and cautions, Kevin Harvick won his second straight Brickyard 400 on Sunday at Indianapolis Motor Speedway.

Denny Hamlin, who had been in the lead, blew a tire and hit the wall with only seven laps to go in the race. Harvick won in overtime.

Earlier in the race, a tire changer for NASCAR driver Ryan Blaney was taken to a hospital after being injured Sunday early in the Brickyard 400. Zachary Price was pinned between Blaney’s No. 12 car and another car, the result of a six-car pileup near the entrance of pit road 16 laps into the race. Five of the drivers were checked at Indianpaolis Motor Speedway’s infield medical center and were released. Blaney, meanwhile, returned to the race. NASCAR said Price had been transported to a hospital for further evaluation.

The Big Machine Hand Sanitizer 400 was the third of three races held this weekend at IMS, all without fans in the stands due to restrictions to stop the spread of coronavirus.

On Saturday, Scott Dixon won the IndyCar GMR Grand Prix. Then Chase Briscoe took home a win at the Pennzoil 150 at the Brickyard.

Fans gathered around the outside of the oval on Saturday and Sunday to listen to the sounds of the races and get a glimpse of cars around the track.