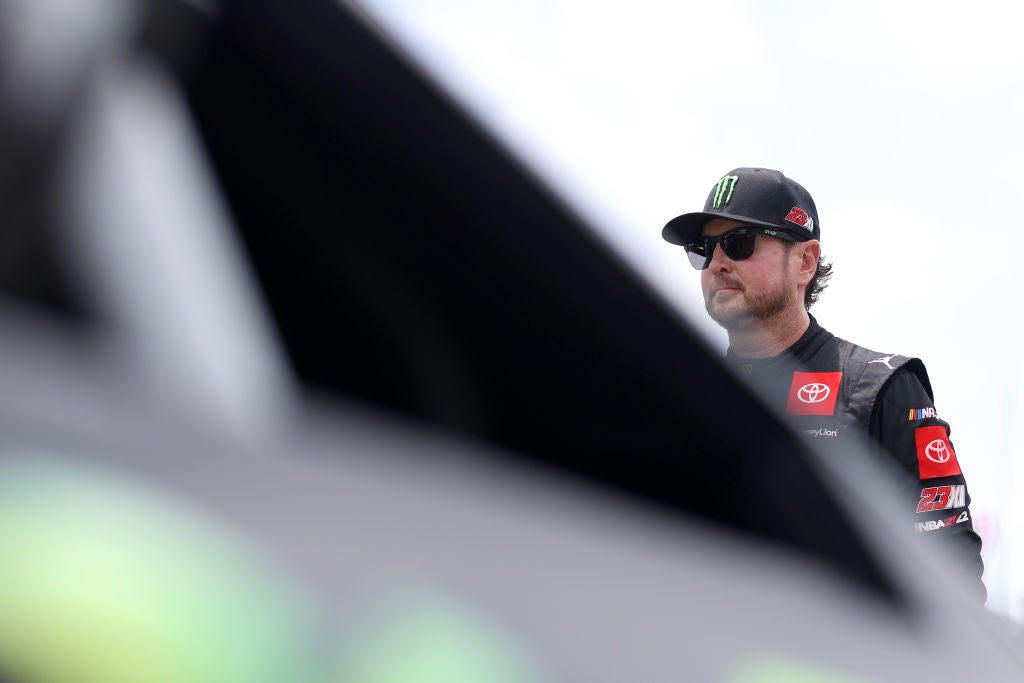 CHARLOTTE, N.C. (AP) — Kurt Busch will miss the start of NASCAR’s playoffs with concussion-like symptoms that have sidelined him six for weeks, meaning two spots in the 16-driver field will be open Saturday night in the regular-season finale at Daytona International Speedway.

23XI Racing on Thursday withdrew the medical waiver that was holding Busch’s spot in the playoffs.

“As much as I wanted and hoped to be able to get back in the No. 45 cae to make a playoff run with our team, it’s still not the right time for me,” Busch said on social media. “In addition to not being cleared to return to racing, I know that I am not ready to be back in the car.”

Busch has been out since he crashed in qualifying July 23 at Pocono. Ty Gibbs, the 19-year-old grandson of Joe Gibbs, has replaced Busch since he was injured.

Busch earned his spot in the playoffs with a win at Kansas Speedway in May and, had he not been injured, NASCAR’s 2004 champion would have participated in the playoffs for a 10th consecutive season. By pulling its medical waiver, 23XI gave some breathing room to fellow Toyota driver Martin Truex Jr., who was battling Ryan Blaney for the final spot in the field.

“I respect the sport of NASCAR, my fellow drivers and the fans too much to take up a playoff spot if I know I can’t compete for a championship this season,” Busch said. “The decision was not an easy one, but I know it is the right thing to do.”

David Wilson, president of Toyota Racing Development, said the manufacturer will still lean on Busch throughout the playoffs.

“Toyota’s priority for Kurt Busch since the moment the accident took place at Pocono has been his health and recovery. Not his recovery to get back in a race car, but his recovery overall,” Wilson said. “While we’re disappointed that he won’t get the chance to compete for the 2022 championship by missing the start of the playoffs, his well-being is the only thing that matters to us.”

NASCAR commended Busch for how he’s handled his injury and said the No. 45 will still be eligible to compete for the owner’s championship.