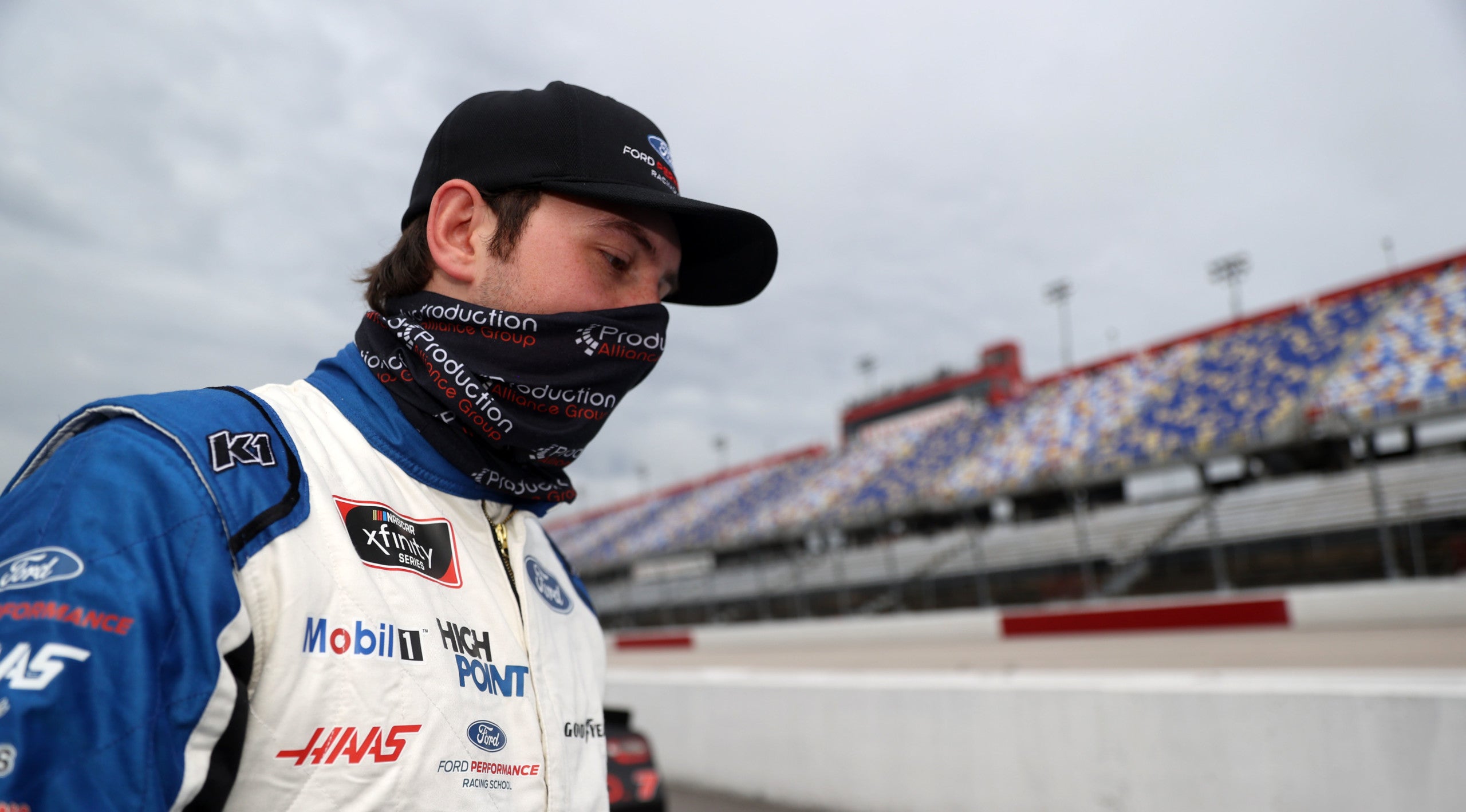 (CNN) — Stock car driver Chase Briscoe held on to win the NASCAR Xfinity Series race just days after learning he and his wife had lost their unborn child.

Briscoe narrowly passed Kyle Busch during a battle in the closing laps to win the race at Darlington Raceway in South Carolina on Thursday. The race was the first Xfinity Series event since the season was suspended March 13 because of the coronavirus pandemic.

Following the win, Briscoe dropped to his knees.

“This is for my wife,” Briscoe said in tears. “This has been the hardest week. When I took the lead, I was crying in my car. This is more than a race win. This is the biggest win of my life after the toughest day of my life. To be able to beat the best there is so satisfying.”

Before the race was rescheduled on Tuesday due to rain, Briscoe and his wife learned at a doctor’s appointment that they had lost the child they were expecting.

“This is the number one win. Honestly, winning the Daytona 500 couldn’t even top the feeling of just, like I was saying earlier, the ups and downs. This is what my family needed and what my wife needed,” Briscoe told NASCAR.

“We talked about posting it or not posting it and felt like maybe using our platform to help others was a way God would help with coping with it all,” Briscoe said.

“We literally read every single tweet and comment and we’re praying for everyone else who is going through the same situation.”

This is Briscoe’s second win of the season making him the only multi-race Xfinity Series winner so far in 2020.