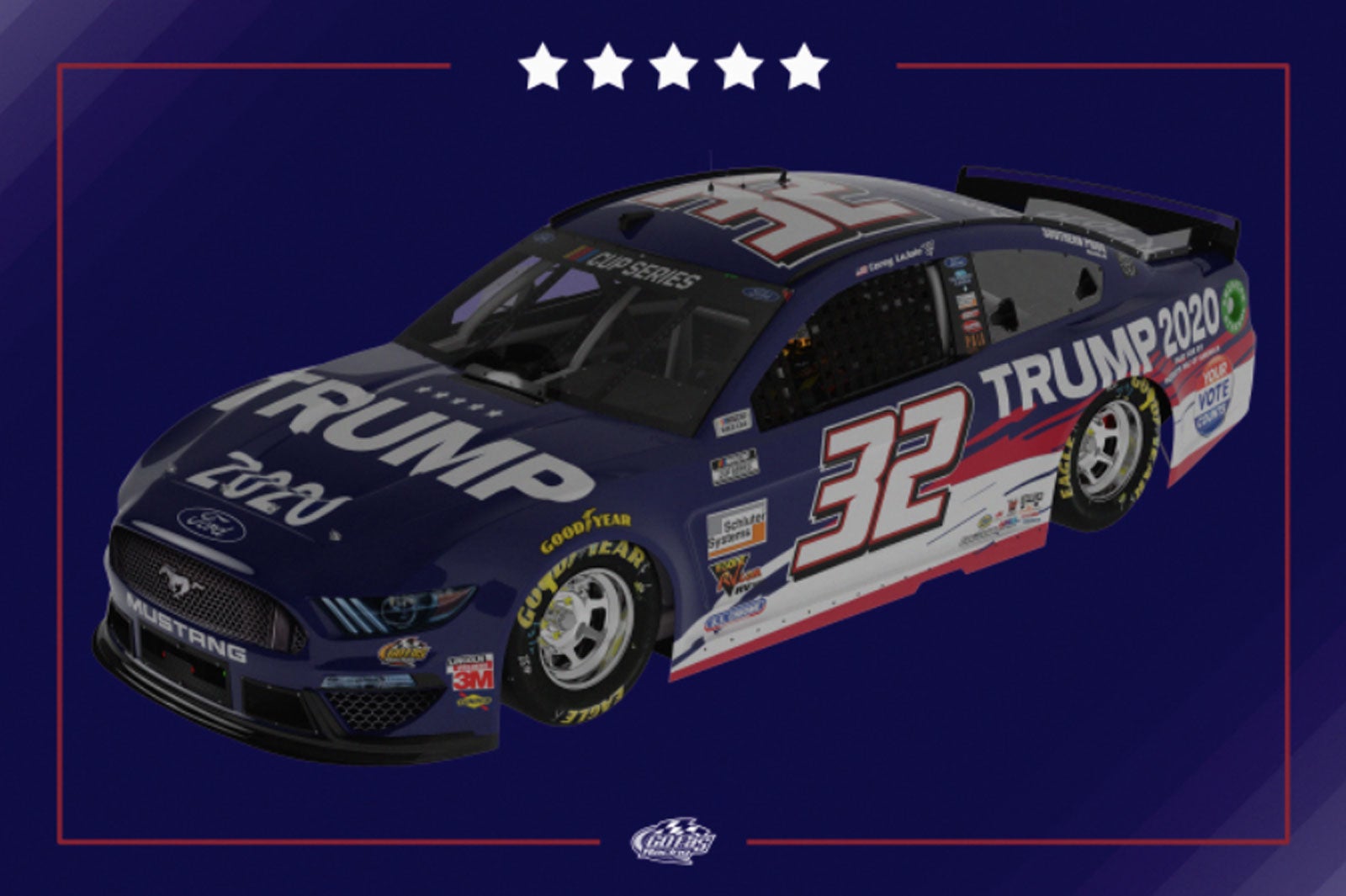 (CNN) — NASCAR driver Corey LaJoie’s No. 32 Ford car will be sporting a new look this weekend at the Indianapolis Motor Speedway.

LaJoie’s car will debut a “Trump 2020” paint scheme in red, white and blue on Sunday at the Brickyard 400.

Go Fas Racing, LaJoie’s racing team, partnered with the Patriots of America PAC, a political action committee advocating for the reelection of President Donald Trump, for the sponsorship.

“I will give my best effort to get NASCAR fans registered to vote, through our team efforts on and off the track,” LaJoie said in a statement. “When they see the car, hopefully it makes them race to the polls in November.”

The paint scheme, which will appear in eight additional races following the Brickyard 400, is the latest in a series of political messages that have appeared on NASCAR cars in recent weeks. Bubba Wallace debuted a “Black Lives Matter” car in early June, which was followed by a “Back the Blue” car showing support for police.

LaJoie’s car appears to be the first dedicated to the 2020 presidential election.

“Our mission is to get voters registered and to the polls in November,” Jeff Whaley said on behalf of Patriots of America PAC. “We are excited about our sponsorship with Go Fas Racing No. 32 and Corey LaJoie. We feel this partnership is the best way to help us communicate this message to the NASCAR community and encourage all Americans to do their part by heading to the polls.”

LaJoie is currently ranked No. 27 in the NASCAR Cup Series standings with 212 points. In 15 starts, he only has one top 10 finish.

Headquartered in Mooresville, North Carolina, Go Fas Racing team owner Archie St. Hilaire said that he is a “Trump 2020 supporter” and that he is honored to be playing a role in the effort to reelect Trump.