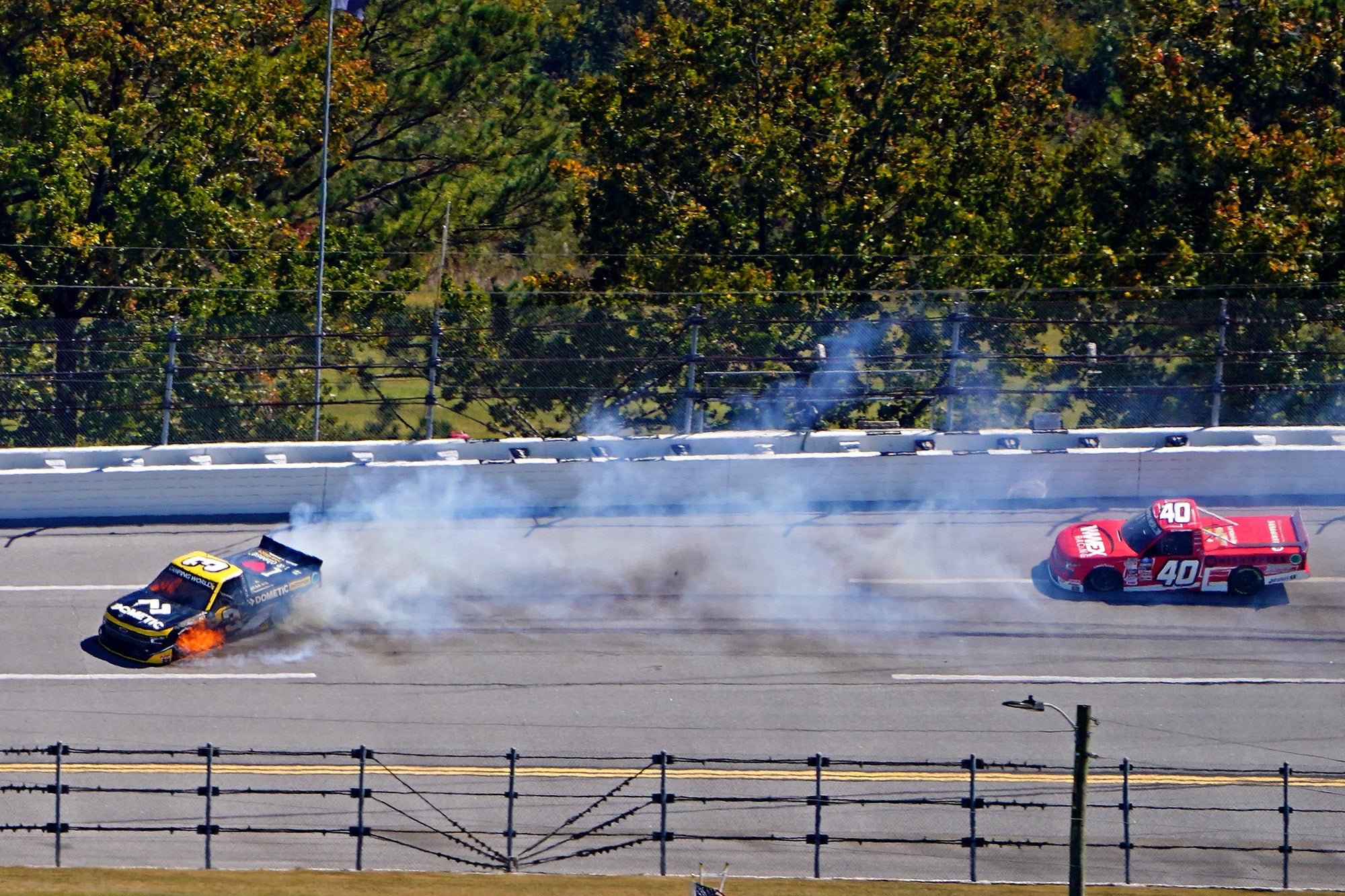 (CNN) — NASCAR driver Jordan Anderson says he suffered second-degree burns to his face and body after his truck caught fire at the Camping World Truck Series race at Talladega Superspeedway on Saturday.

The 31-year-old described it as the “scariest moment of my racing career” after his vehicle erupted into flames before coming to a halt against the inner wall.

Anderson was seen jumping out of the window shortly before the truck came to a stop and was tended to quickly by stewards.

The driver was taken to the track medical center before being airlifted to a nearby hospital in Birmingham, Alabama.

“So grateful for all the prayers and support. Have been in some great hands with all the NASCAR and UAB nurses and doctors,” Anderson tweeted.

“No doubt God’s hand was protecting me through that one. Scariest moment of my racing career so far.”

Anderson, who is also a team owner, was making his fifth series start of the year and had been doing well before flames suddenly began bellowing out from underneath his Chevrolet on the 19th lap of the 94-lap race.

The vehicle then skidded around the track momentarily before sliding down and hitting the retainer wall in a ball of smoke, somehow missing the other drivers in the race.

“Ended up with second-degree burns across my neck, face, right arm, hands and both knees,” Anderson added.

“Getting cleared to go home tonight. Doctors say everything should be healing within a few weeks.

“Will keep everyone updated on the healing process but just thankful it wasn’t worse.”