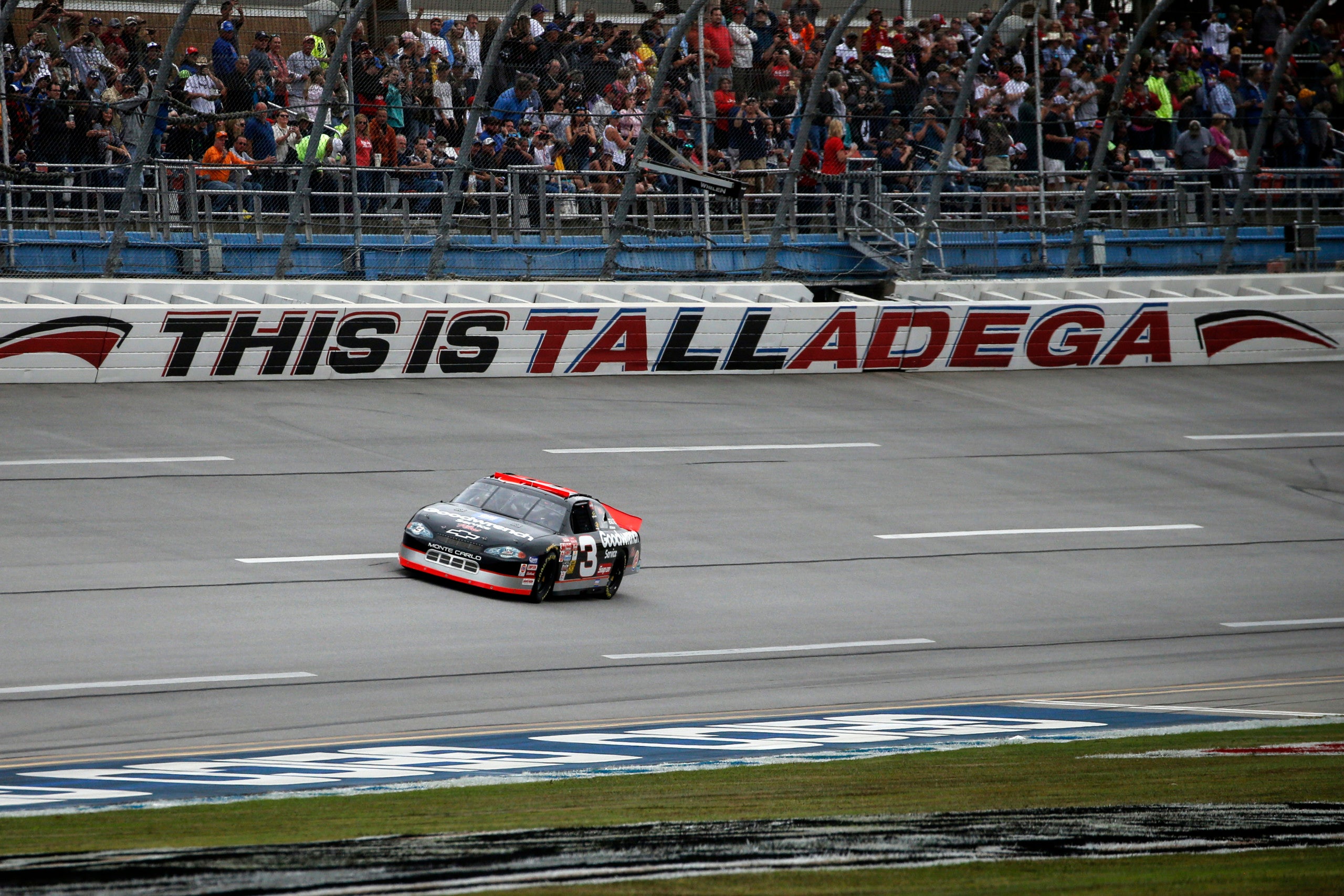 (AP) — NASCAR’s return to racing shifts to Talladega Superspeedway, with new rules in place after Ryan Newman’s frightful crash in the season-opening Daytona 500.

The Alabama track will admit up to 5,000 fans Sunday — with at least two NASCAR teams facing a coronavirus scare — while NASCAR will be on the lookout for the newly banned Confederate flag.

Corey LaJoie and Denny Hamlin are in a bizarre feud that started on social media and escalated until NASCAR intervened last weekend by summoning both drivers to a face-to-face meeting. And Joey Logano, wrecked last month by Chase Elliott as the two raced for the win at Bristol, has made it abundantly clear he has no plans to give Elliott an inch of room on the track.

These are indeed strange times in NASCAR, one of the first major sports to return to competition as the series fervently forged ahead during the pandemic. This race will be the ninth for the elite Cup Series since the May 17 resumption, and restrictions are gradually being lifted.

The 5,000 fans in the grandstands will arrive just 48 hours after Stewart-Haas Racing confirmed two unidentified employees tested posted for COVID-19. Team Penske said Saturday it had one employee test positive. The employees are quarantined and are not part of the limited crew members permitted to go to the track under virus rules.

SHR said “robust protocols” are in place to “mitigate the spread of the virus while maintaining the health and safety of all members of the organization and greater community.”

NASCAR has refused to divulge any information on positive coronavirus tests or if personnel have been denied entrance at events after going through the mandatory health screenings at the track. Talladega is a warm-up for expanded admission next month. NASCAR said this week as many as 30,000 people can attend the All-Star race in Tennessee, and Texas Motor Speedway plans to allow fans at its event.

A look at what’s happening at Talladega:

Newman was in a harrowing accident when racing for the win on the final lap at Daytona in February. His car was bumped from behind, spun and went airborne. It was struck by another car and kept rolling in what appeared to be a potentially fatal crash.

Newman suffered a head injury but was released from the hospital just 48 hours later. He continued to recover during the coronavirus shutdown and returned to racing when NASCAR got back to the track in May.

Changes made to the cars for Talladega as a result of Newman’s crash include the elimination of aero ducts at superspeedway tracks, a reduction in size of throttle body and now slip tape must be applied along the entire length of the lower rearward facing surfaces of the rear bumper cover. The changes are for superspeedways only, but teams have zero practical knowledge of their effect.

The condensed schedule has eliminated practice and qualifying sessions so drivers will get their first feel of their Talladega cars when they climb in their cockpits Sunday.

Five-time Talladega winner Brad Keselowski has won twice since NASCAR resumed and is among those “not sure what to expect.”

“I think the list of changes was so big that I’m having a hard time anticipating how the cars are going to drive,” Keselowski said. “Small variations in how the car drives can make a big difference as to how they draft, so it’s going to be a lot of learning as we go in the race.”

He says sensible driving might prevent the multi-car crashes that are a staple at Daytona and Talladega.

“You hope everybody is smart and that they take chances, you have to take chances to learn,” Keselowski said. “But by the same token you hope they don’t take chances that are potentially lethal to everyone else’s day and causes big wrecks. Everybody has different motivations, challenges, goals and they all kind of get thrown into this big pot at Talladega with no practice. We’ll see what happens.”

NASCAR five years ago said it would no longer allow fans to display the Confederate flag at events but never did anything to enforce the ban. Now, in response to driver Bubba Wallace’s call for the flag to be disallowed, series leaders say they are serious about enforcement.

But they have not outlined any plans on how they will do it. The flag is typically flown at campsites and above the recreational vehicles that crowd the infield. Talladega is not permitting camping inside the track so Sunday may not be a true test of NASCAR’s enforcement ability.

Veteran driver Brendan Gaughan, making his second start of what he believes will be his final season, said NASCAR is at least looking at the big picture.

“NASCAR five years ago made a deal where they tried to get rid of it without overstepping too many bounds,” he said. “But now the world has changed where you can kind of step over those bounds and make change, and they made a very positive one. It will work out great for our sport, as a whole. I think we’ll gain a lot of new fans and a lot of new people will be paying attention, and that’s great for all of us.”

Hamlin, who won his third Daytona 500 in February, has been beefing with LaJoie on Twitter for months. It seemed harmless at first — it wasn’t even clear they were serious — but took a turn in the last week.

After Hamlin drew the top starting spot for last week’s race at Homestead-Miami Speedway, where Hamlin lost three chances at a championship in season finale races, LaJoie said Hamlin would win the race because there was nothing on the line. That low blow escalated the warring words, prompting NASCAR to step in with an at-track meeting,

Hamlin, who did indeed win at Homestead last Sunday, said after that race the feud was over. But LaJoie in his weekly podcast continued the clash until finally relenting Thursday with a social media post apologizing for his role in the bickering.

LaJoie explained his position during a Zoom session with reporters and said both were wrong.

“Did I run my mouth a little bit more than what I probably should have? Yes. Did he do things that he probably regretted? Yes. That’s how we got into this situation,” LaJoie said. “We are both grown-ups. We both have kids. We both have jobs and livelihoods that are bigger than this little tiff we have going on.”

Meanwhile, Logano has not forgiven Elliott for the mistake that took them both out of contention on the final lap at Bristol. Logano refused to cut Elliott any room on the track as he raced Hamlin for the victory last week by making it difficult for Elliott to get past him every chance Logano had.

Elliott curtly said after the race he needed to learn how to handle lapped traffic better and never mentioned Logano specifically.

Logano has made it clear he has no incentive to get out of Elliott’s way.

“You race people the way they race you. You can’t do things without repercussions of some sort. You cost me a win, I cost you a win. Those types of things go like that,” he said.