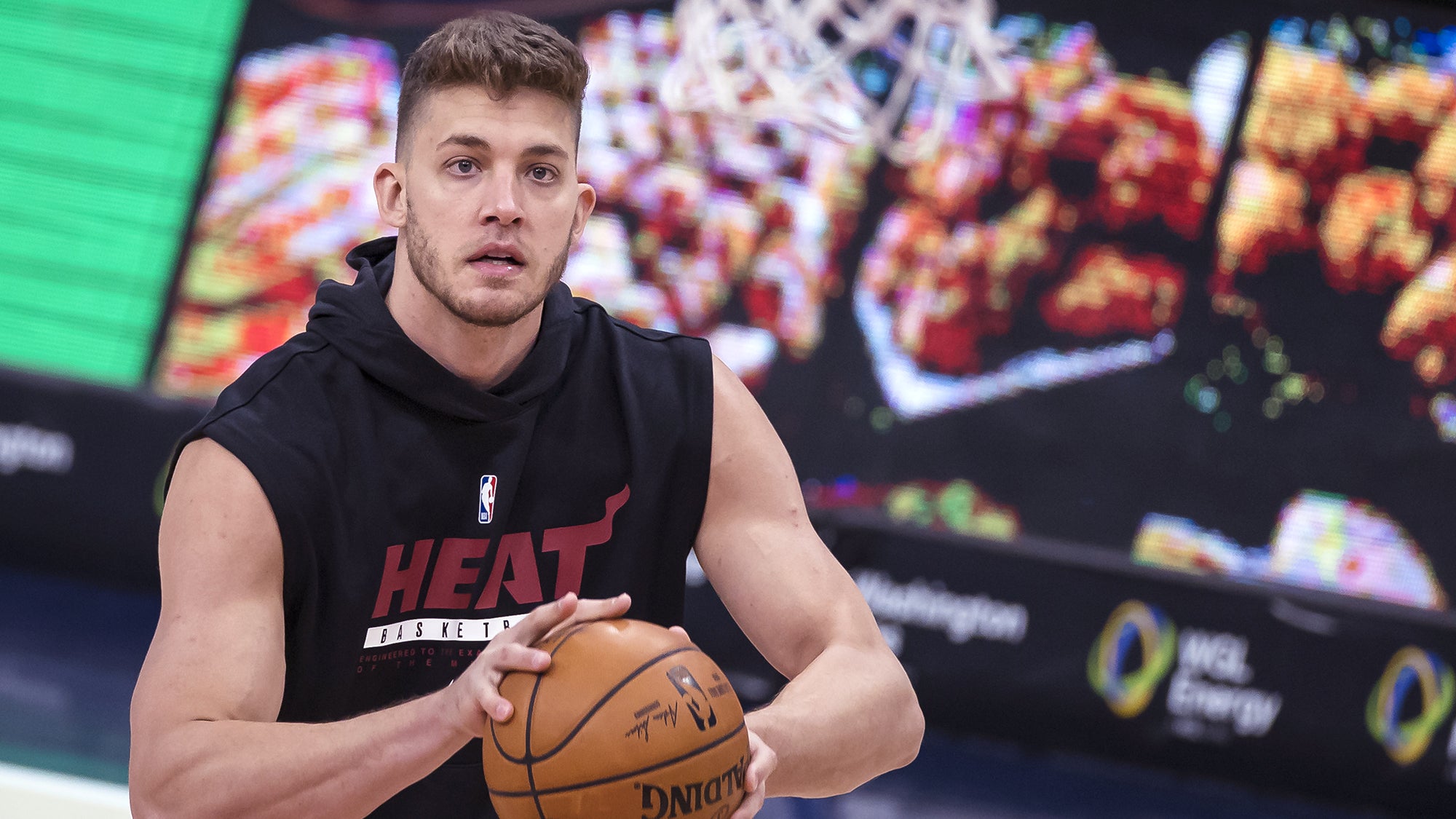 WASHINGTON, DC - JANUARY 09: Meyers Leonard #0 of the Miami Heat warms up before the game against the Washington Wizards at Capital One Arena on January 9, 2021 in Washington, DC. NOTE TO USER: User expressly acknowledges and agrees that, by downloading and or using this photograph, User is consenting to the terms and conditions of the Getty Images License Agreement. (Photo by Scott Taetsch/Getty Images via CNN)
by: Jill Martin, Amir Vera, David Close and Kevin Dotson, CNN
Posted: Mar 10, 2021 / 04:53 AM EST / Updated: Mar 10, 2021 / 04:53 AM EST

(CNN) — NBA player Meyers Leonard issued an apology Tuesday after a video appeared to show him using an anti-Semitic slur while livestreaming a video game.

Leonard, a forward for the Miami Heat, was playing “Call of Duty: Warzone” on Monday when he said: “F**king cowards. Don’t f**king snipe at me. You k*** b*tch.”

“I am deeply sorry for using an anti-Semitic slur during a livestream yesterday,” Leonard wrote in an Instagram post, adding that he didn’t know what the word meant at the time. “My ignorance about its history and how offensive it is to the Jewish community is absolutely not an excuse and I was just wrong.”

Leonard says he’s “committed to properly seeking out” those who can educate him on “this type of hate and how we can fight it.”

“I acknowledge and own my mistake and there’s no running from something like this that is so hurtful to someone else,” Leonard said.

Leonard did not allude to the sexist part of his remark in the apology.

NBA spokesman Mike Bass told CNN in an email the league “just became aware of the video and are in the process of gathering more information.”

The Heat released a statement saying the organization “vehemently condemns the use of any form of hate speech.”

“The words used by Meyers Leonard were wrong and we will not tolerate hateful language from anyone associated with our franchise,” the team’s statement read. “Meyers Leonard will be away from the team indefinitely. The Miami HEAT will cooperate with the NBA while it conducts its investigation.”

CNN Sports has reached out to Leonard’s agent, but has not heard back.

Three of Leonard’s business partners have severed their relationship with him, including Origin PC, SCUF Gaming and ASTRO Gaming. Both Origin and SCUF say Leonard’s comments do not reflect their values or views.

“ASTRO is committed to creating an inclusive gaming environment and one that combats racism and other forms of discrimination, retaliation and harassment. For that reason, we are ending our relationship with Meyers Leonard, effective immediately,” ASTRO Gaming’s statement read.

Leonard has played in three games for the Heat this season. He underwent left shoulder stabilization surgery on February 2 and is expected to miss the rest of the season.