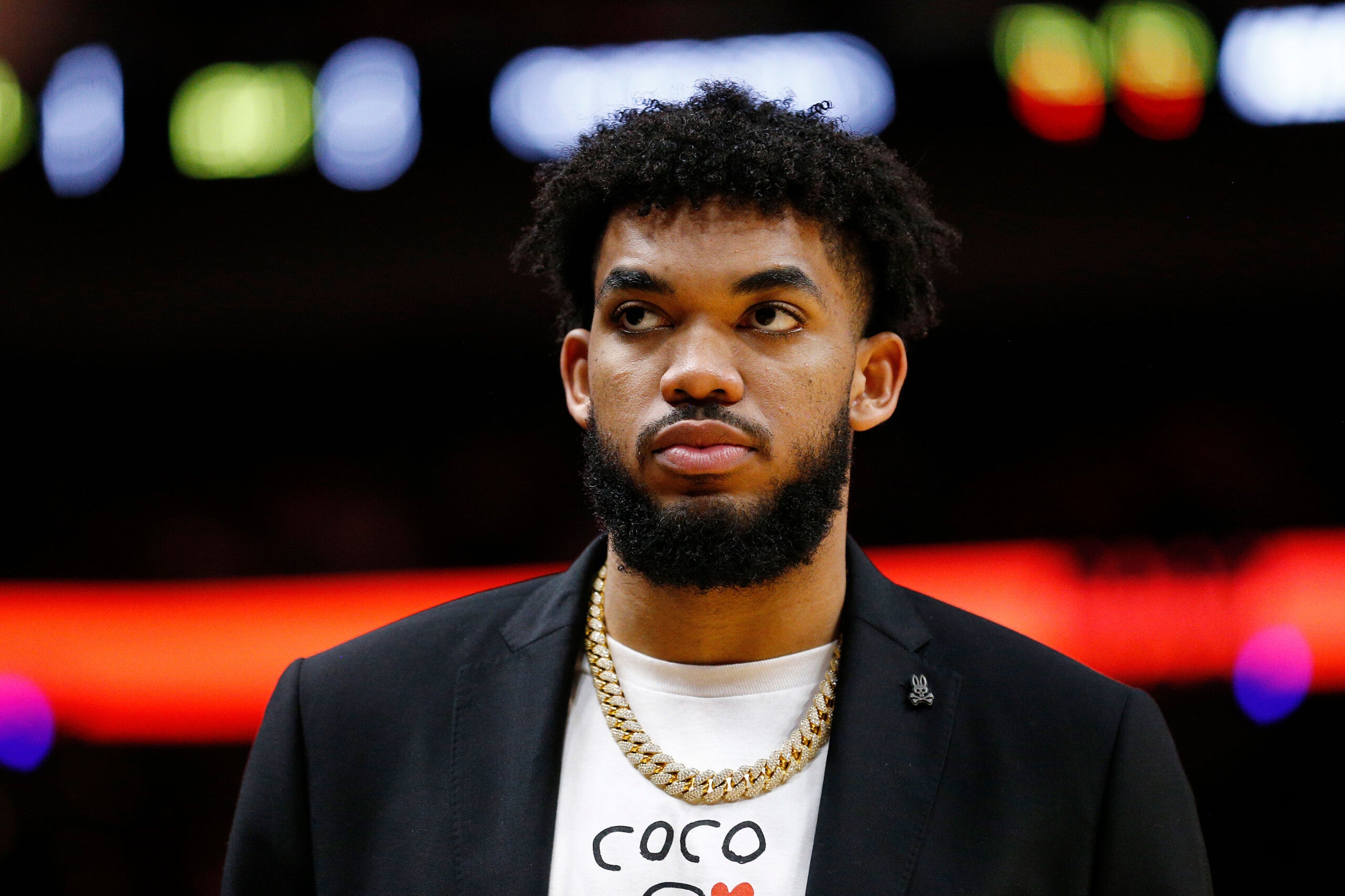 MIAMI, FLORIDA - FEBRUARY 26: Karl-Anthony Towns #32 of the Minnesota Timberwolves looks on against the Miami Heat during the second half at American Airlines Arena on February 26, 2020 in Miami, Florida. NOTE TO USER: User expressly acknowledges and agrees that, by downloading and/or using this photograph, user is consenting to the terms and conditions of the Getty Images License Agreement. (Photo by Michael Reaves/Getty Images)
by: Jill Martin and Allen Kim, CNN
Posted: Dec 7, 2020 / 02:19 PM EST / Updated: Dec 7, 2020 / 02:19 PM EST

“I’ve been through a lot, obviously starting out with my mom,” Towns said on a video call with reporters on Friday.

Towns’ mother, Jacqueline Towns, died in April of complications from Covid-19. On Friday, the 25-year-old Towns told reporters that six other family members have died because of Covid-19.

“Last night I got a call that I lost my uncle,” Towns said. “I feel like I’ve been hardened a little bit by life and humbled.”

“I’ve seen a lot of coffins in the last seven months, eight months,” Towns said. “But I have a lot of people who have — in my family and my mom’s family — who have gotten Covid. I’m the one looking for answers still, trying to find how to keep them healthy. It’s just a lot of responsibility on me to keep my family well-informed and to make all the moves necessary to keep them alive.”

But when asked if basketball would be a type of therapy for him, Towns acknowledged the difficulty he faces as he prepares for the new season, saying he hasn’t been in a good place mentally since his mother was hospitalized.

“I play this game more because I just loved watching my family members seeing me play a game I was very successful and good at. It always brought me a smile when I saw my mom at the baseline and in the stands and stuff and having a good time watching me play,” Towns said. “So it’s going to be hard to play. It’s going to be difficult to say this is therapy. I don’t think this will ever be therapy for me again. But it gives me a chance to relive good memories I had.”

After his mother was first placed in intensive care in March, Towns posted an emotional video on Instagram imploring people to take the pandemic seriously and to take every precaution.

On March 15, Towns announced he would donate $100,000 to the Mayo Clinic, saying at the time in an Instagram post, “My hope is that we can fight this virus quicker and more efficiently by increasing the testing capabilities and availability and Mayo Clinic’s overall Covid-19 response.”

Towns plays center for the Timberwolves. He was the NBA Rookie of the Year in 2016 and has twice been named an NBA All-Star.

The Timberwolves will open the 2020-21 NBA season against the Detroit Pistons on December 23 at Target Center in Minneapolis.