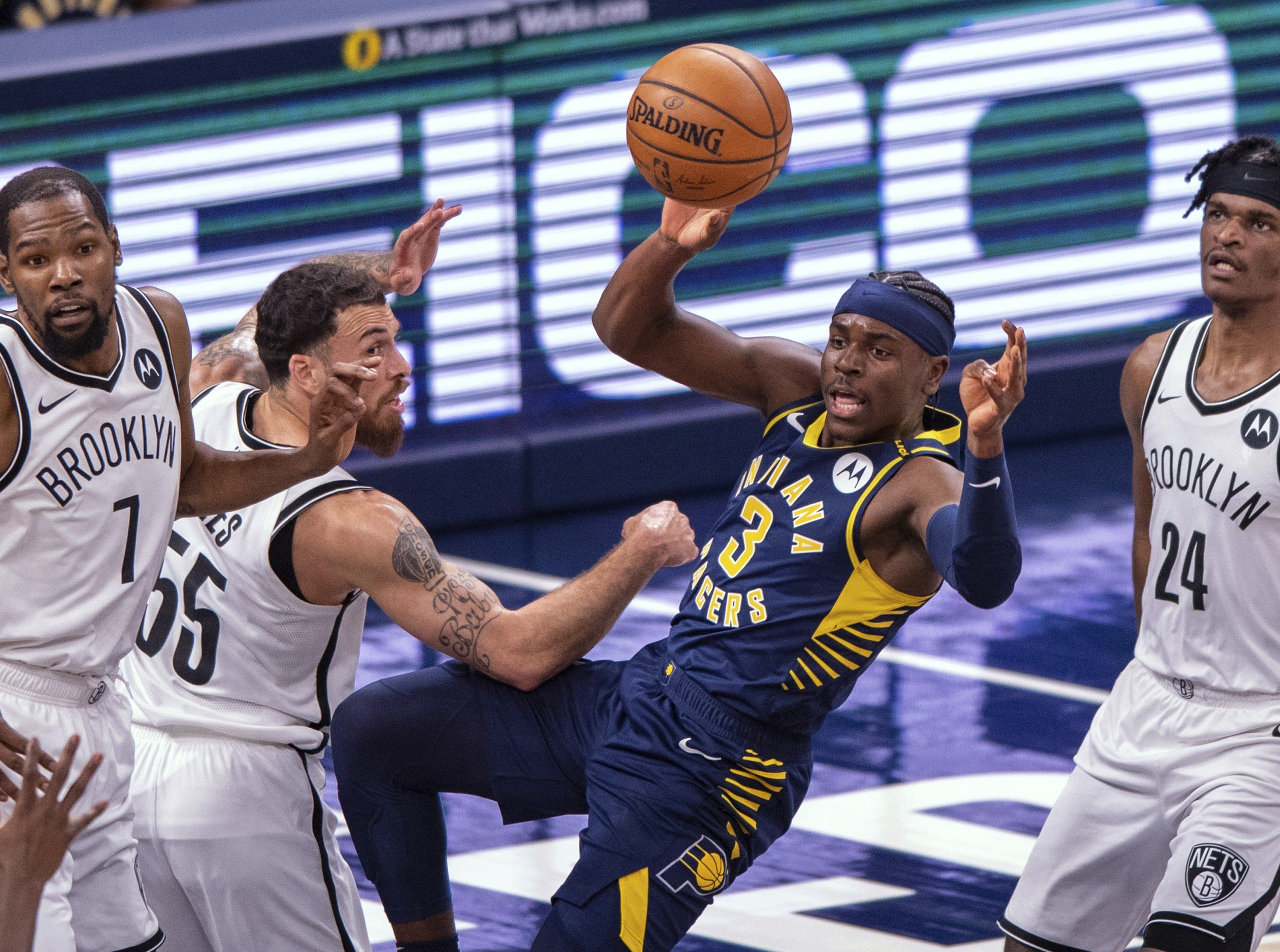 INDIANAPOLIS (AP) — Kevin Durant scored a season-high 42 points, including 22 in the third quarter, and the Eastern Conference-leading Brooklyn Nets glided to a 130-113 victory over the depleted Indiana Pacers on Thursday night.

Playing without Kyrie Irving and James Harden, the Nets built a double-digit lead by the second quarter and were never seriously threatened.

Durant hit 16 of 24 shots and had 10 assists in his eighth start since being sidelined for nearly two months with a hamstring injury. It was the All-Star forward’s third game of 30 points or more since his return, which was also interrupted for three games by a thigh injury.

Alize Johnson had 20 points and 21 rebounds for Brooklyn.

Caris LeVert scored 12 of his 36 points in the first quarter for the Pacers, but the Nets still led 35-28 after one behind Jeff Green’s 12 points in the period. Brooklyn’s advantage reached 66-52 by halftime.

Edmond Sumner added 16 points and Doug McDermott scored 15 for the Pacers, who lost point guard Malcolm Brogdon in the second quarter with a sore hamstring.

Pacers: Brogdon missed all five shots and had only one point. … Already without its injured front court including All-Star forward Domantas Sabonis (back), Indiana finished with only one regular starter.