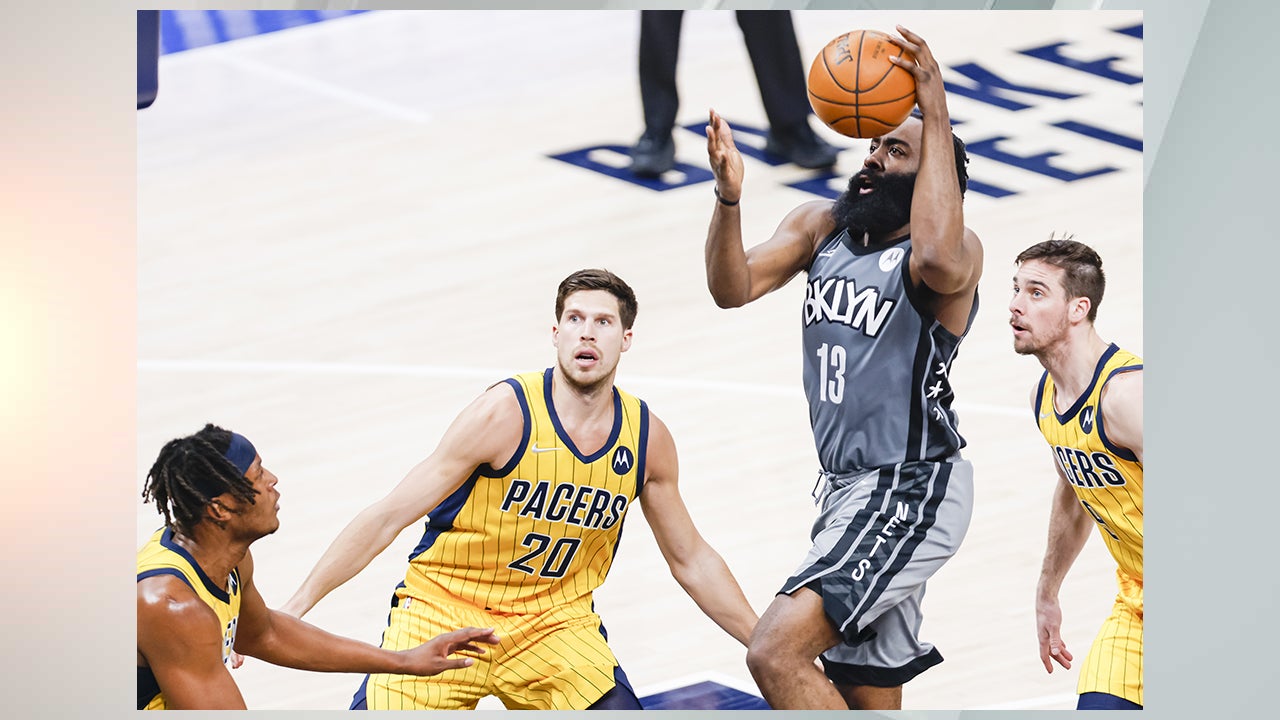 INDIANAPOLIS (AP) — James Harden had 40 points, 15 assists and 10 rebounds for his 11th triple-double of the season, leading the Brooklyn Nets to a 124-115 victory over the Indiana Pacers on Wednesday night.

The Nets (28-13) were without fellow All-Stars Kyrie Irving and Kevin Durant and newcomer Blake Griffin.

Harden was 13 of 27 from the field and 12 of 14 at the line. When he wasn’t shooting, he set up open teammates driving to the basket, often for dunks and layups.

Malcolm Brogden led Indiana with 24 points, and Domantas Sabonis had a triple-double with 18 points, 11 rebounds, and 11 assists.