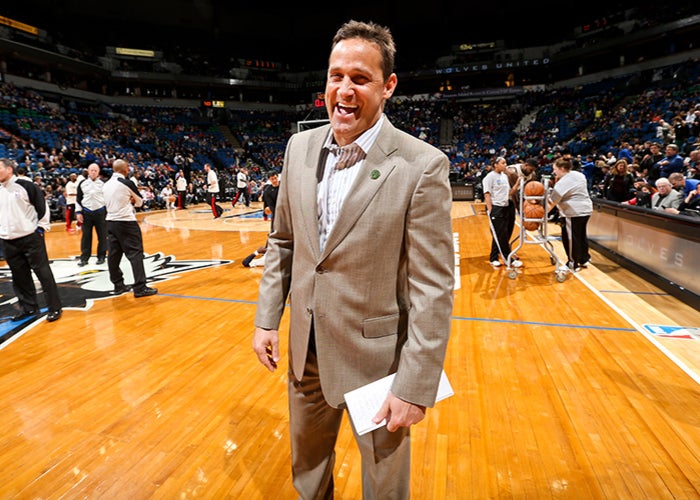 MINNEAPOLIS, MN - APRIL 5: Bill Bayno, assistant coach of the Minnesota Timberwolves, smiles before a game against the Toronto Raptors on April 5, 2013 at Target Center in Minneapolis, Minnesota. NOTE TO USER: User expressly acknowledges and agrees that, by downloading and or using this Photograph, user is consenting to the terms and conditions of the Getty Images License Agreement. Mandatory Copyright Notice: Copyright 2013 NBAE (Photo by David Sherman/NBAE via Getty Images)
by: Associated Press
Posted: Feb 8, 2021 / 09:03 PM EST / Updated: Feb 8, 2021 / 09:03 PM EST

The 58-year-old Bayno says he’s stepping away because of personal and health reasons.

The longtime NBA assistant joined Indiana’s staff in 2016 and was a holdover from former coach Nate McMillan’s staff.

He went 94-60 in five seasons as the head coach at UNLV and lost all three games he coached at Loyola Marymount before resigning in January 2009 because of health reasons.

Bayno served two stints in Portland, the second with McMillan.