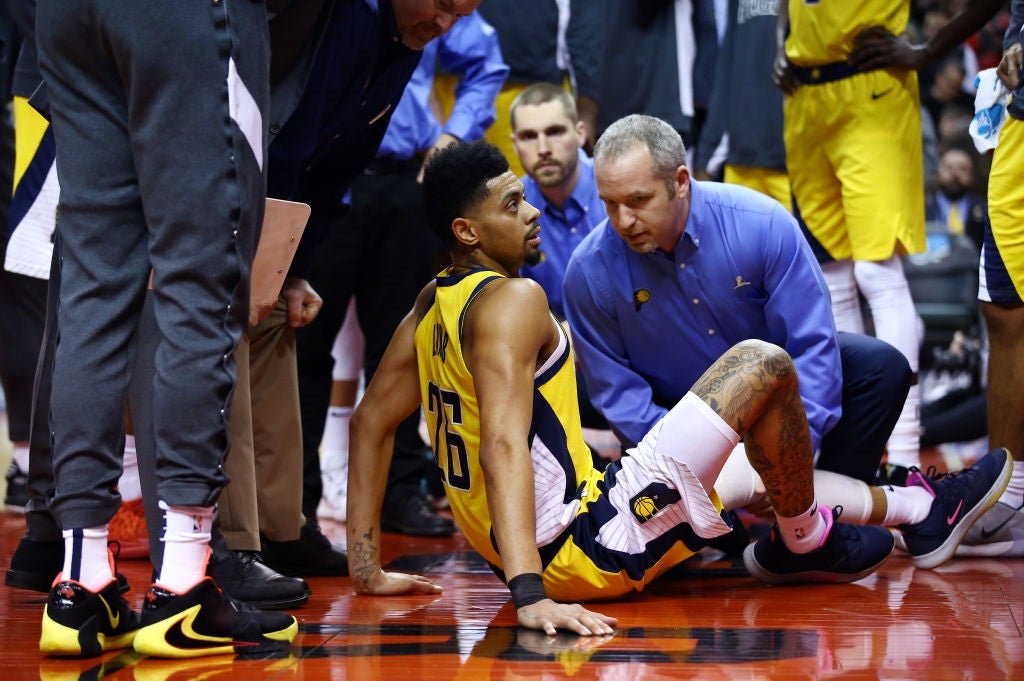 INDIANAPOLIS (WISH) — The Indiana Pacers have a card for fans to send their best wishes to forward Jeremy Lamb.

The 27-year-old guard-forward is out for the season after injuring his knee during Sunday’s game against the Toronto Raptors. Pacers officials say Lamb has a torn left ACL, a torn lateral meniscus and a knee fracture. He was to undergo surgery.

The card will be available to sign in the main concourse of Bankers Life Fieldhouse before Thursday night’s game against the Portland Trail Blazers. Fans who will not be at the game can sign the card online with a written message, photo or video.