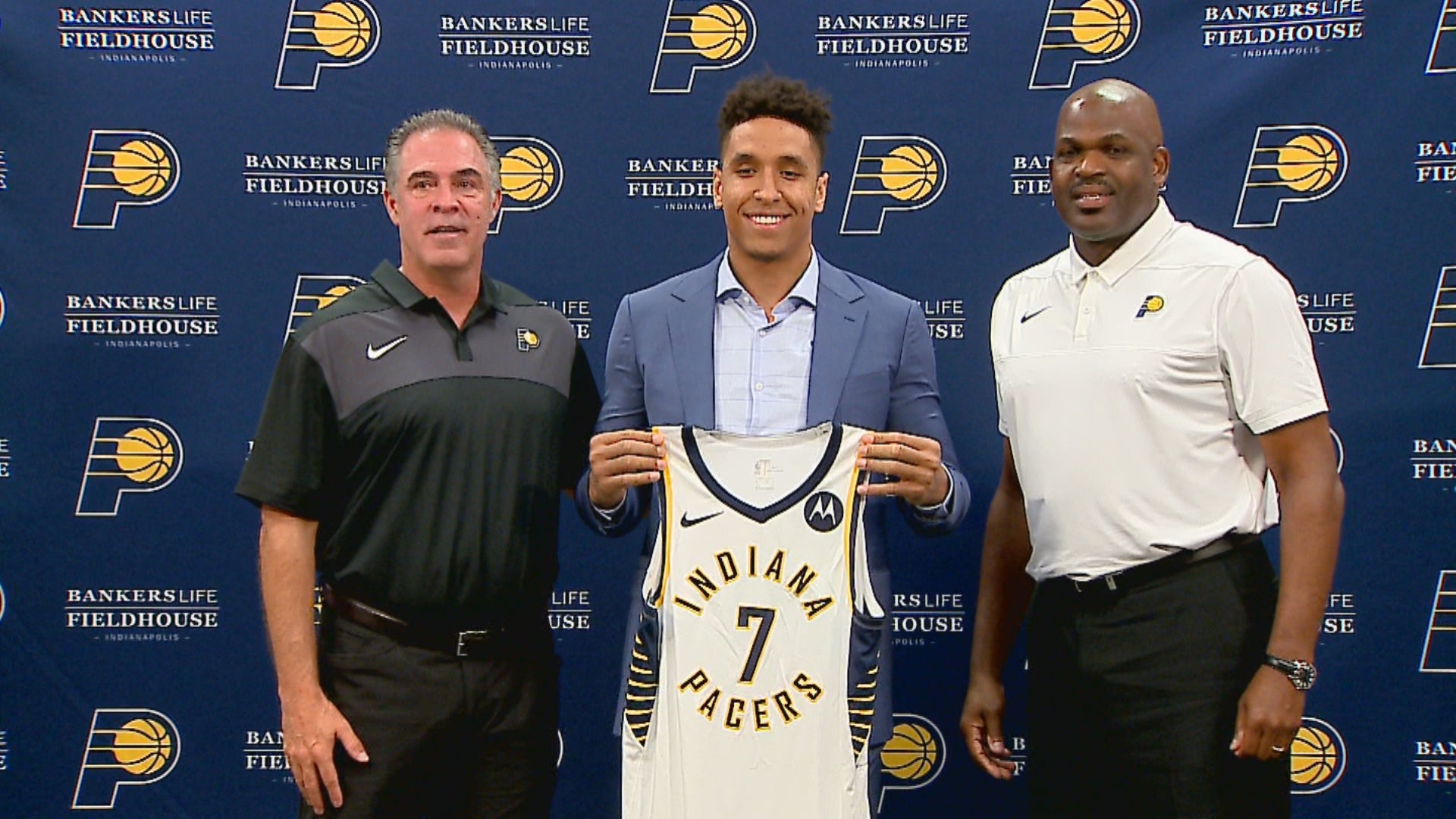 The pair landed a big fish by free agency standards in Indiana in the form of 27-year-old point guard Malcolm Brogdon.

“I’m sitting here before you and I’m telling you right now that this is an epic day for our franchise,” Pritchard said. “We created some cap space, we were able to acquire T.J. Warren into that cap space, but you really want that cap space so you can go out there and get something special. And with acquiring Malcolm (Brogdon), we got that person that we feel like is special.”

Brogdon arrives at an interesting crossroads for the franchise coming off four straight first-round playoff exits. The Pacers will trot out four new starters on opening night next season as Victor Oladipo continues to recover from a right quad ruptured last January. Domantas Sabonis is set to start at power forward alongside fellow 23-year-old big man Myles Turner. The pressure rests on Brogdon to get both involved along with the newly acquired pair of T.J. Warren and Jeremy Lamb.

What this signing ultimately hinges on is Brogdon’s ability to compliment Oladipo.

On Monday, Brogdon left no doubt about the Pacers blueprint going forward.

“I think our games fit extremely well together,” Brogdon said. “I’m not a guy that’s coming in here, trying to take over. This is Victor’s team, this is his franchise. I want to help Victor be an All-Star every year, be a superstar. So that’s important to me, to help this team win, to really make his job easier, that’s what I think I can do.